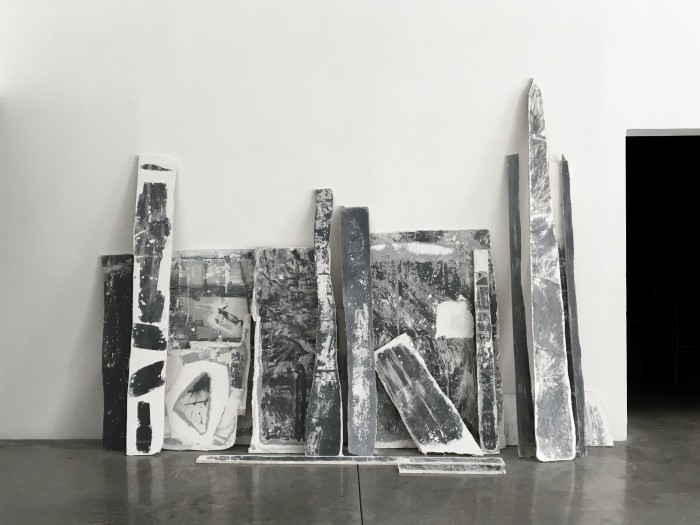 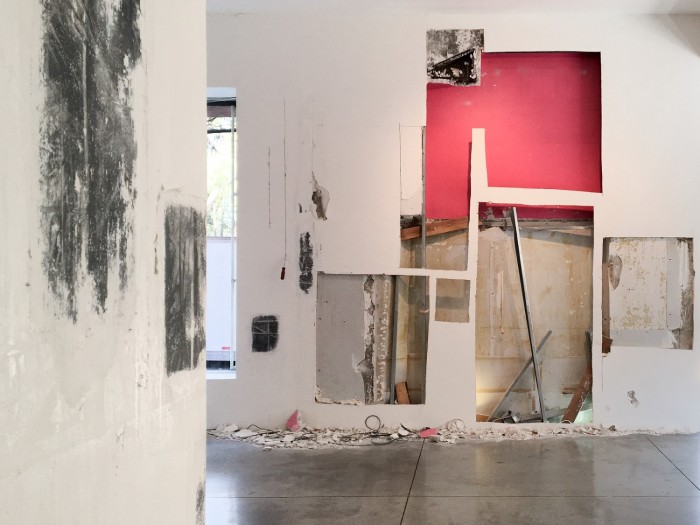 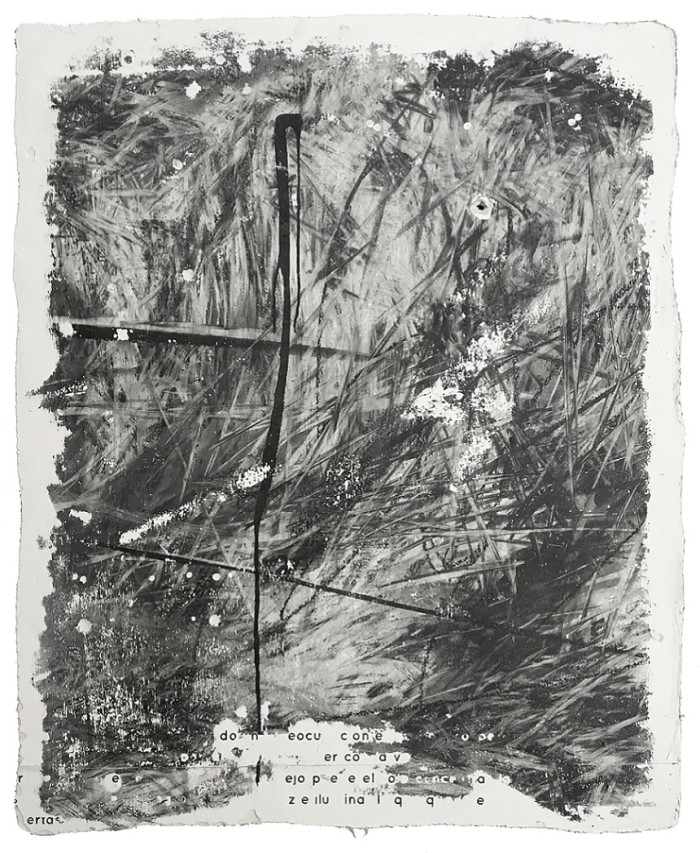 Back in 2012, Giaconi conceived the gallery space as a field of conceptual and material experimentation with his exhibition Season of Lead. Where the graphite-covered walls became a set of exchanges between the outside and inside world, between the architectural references and psychical elements from the near environment, making a permeable membrane between different states and dimensions.

After three years and five months, the artist —with the assistance of a restoration team— used ethanol and acetone compresses, tensoactive agents and sharp tools directly on the wall fragments until he found the yet recognisable traces of his past exhibition —now intentionally cracked, underlining their chaotic, fragile and impermanent condition.

By exploring concepts and basic techniques of restoration, the artist deconstructs the architectonic space to rediscover imagery that remained deliberately hidden until now, to unveil ideas of nostalgia, violence and order.