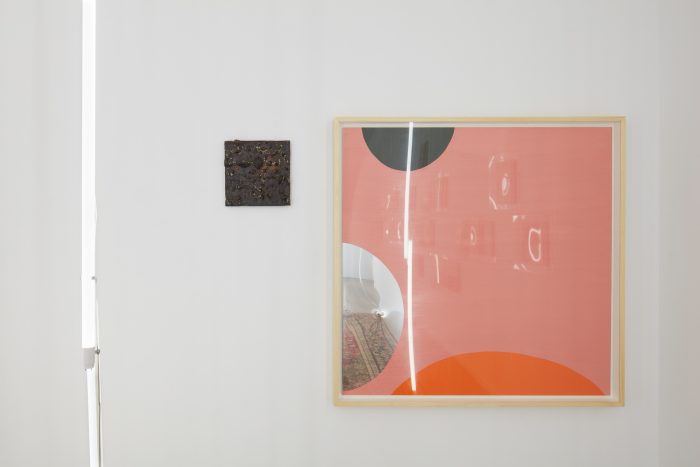 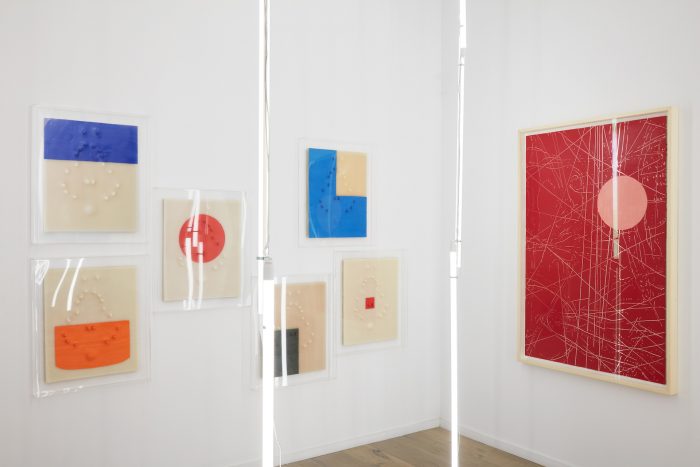 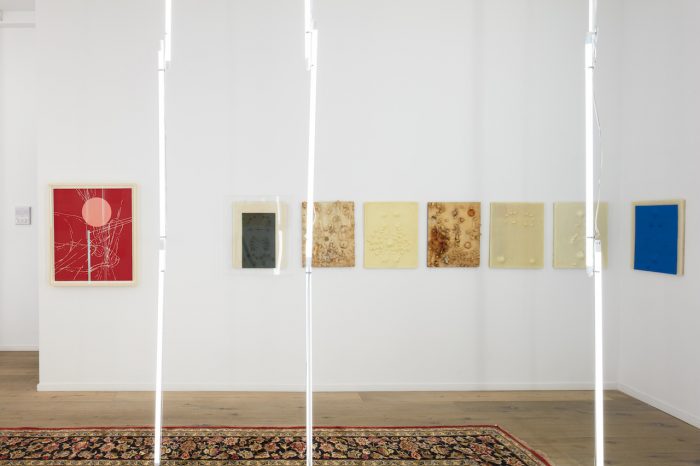 Galeria Nara Roesler | New York presents I Want to be Like You, an exhibition featuring a selection of works by Carlito Carvalhosa produced in the 1990s and after 2015, that aspire to be territories of both tension and dialogue.

“How did I end up here?” and “What brought me here?” are some of the questions that Carvalhosa raises about his path as an artist. For him, being an artist has never been about following a preconceived route: “It was something that gradually happened”, he explains. However, Carvalhosa’s trajectory cannot be told in linear terms of cause and effect but rather through uneven paths, where elements can disappear and reemerge after a time gap.

“The idea was to take works from the 1990s and revisit them in order to create pieces that are a copy of something I have already done, but with a significant time difference between them”, explains the artist, adding that “[…] it is this challenge which makes the exhibition interesting—it is a place where things clash and, although they narrate different subjects, they can communicate amongst themselves”.

In his early wax works the research was centered on the possibilities of light in opposition to the creation of opaque zones, via the overlapping of layers of wax, resin and paraffin. Over time, coloration and creases on the surface of the artworks became indexes of their lifetime. Whereas in his recent practice, the use of color and the tension between painting and sculpture became more prevalent.

In regards to the works on mirrored aluminum, Carvalhosa points to the fact that the canvas is the place where things are projected, while the mirror does precisely the opposite, unleashing a sense of disquiet that interests him. We normally expect mirrors to be pristine surfaces that perfectly reflect their surroundings.

Meanwhile, Carvalhosa paints what isn’t expected to be painted: “The mirror does not exist, it has a sort of tension that the painting erases. The painting ends up being nowhere. It floats”.

A sculptural inclination for testing the malleability of materials is a seminal aspect of the artworks in I Want to be Like You. In the wax objects, for instance, we can observe traces of the artist’s manipulation whilst we note hammer marks on the mirrors. “Without the marks [the mirror] is mere reflection”, states Carvalhosa. “In turn, with the use of wax, which has formal qualities that are almost the opposite to mirrored aluminum, tools are not necessarily required, since you can use your thumbs and fists to handle the material, creating impressions that are subsequently covered with spots of paint.”

“The impossibility to feel a surface with no thickness or, conversely, to unambiguously guess an object’s volume by looking at its surface”, as explained by critic Lorenzo Mammi, is recurrent in Carvalhosa’s work. After almost two decades, it is the artist himself who observes that in his works, what we see is not what we touch, and what we touch is not what we see. “A series of intertwined signs make the work stand for, not only for what is inside, but also for what is around it and what is the relationship between works.” Carvalhosa also mentions the presence of an “image brutality and painting sophistication that generate a strange friction: the surface starts to vibrate”.

Carlito Carvalhosa (born 1961, São Paulo, Brazil) lives and works in Rio de Janeiro and is one of Brazil’s most celebrated contemporary artists. In sculptures and ambitious installations, Carvalhosa uses diverse mediums and found objects—including electric lights, fabric, wax, and mirrors—to explore architectural space and the nature of materials. He began his career creating abstract paintings that blended painterly gestures with an emphasis on materiality, and continued to explore his fascination with materials with work in sculpture, applying the Egyptian lost-wax method and working with porcelain. Carvalhosa’s more recent work has involved architectural interventions and interactive installations, his best-known piece being Sum of Days (2011), a monumental site-specific installation for the MoMA’s atrium. Hanging a white, translucent material from the ceiling and a system of microphones that recorded and replayed the accumulation of each day’s ambient noise, he placed viewers in an experience of total spatial and sonic immersion.