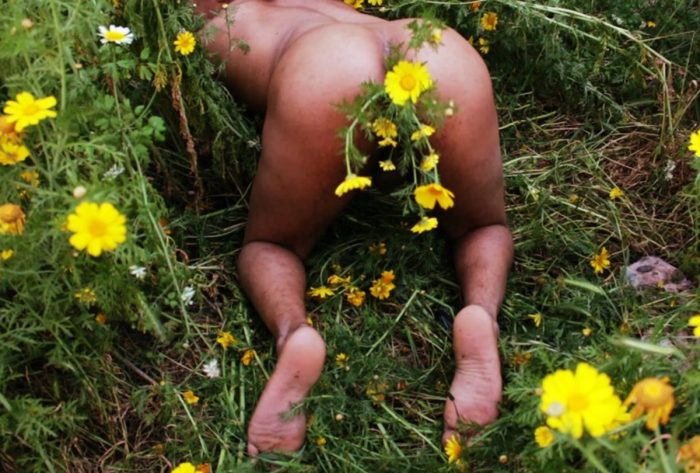 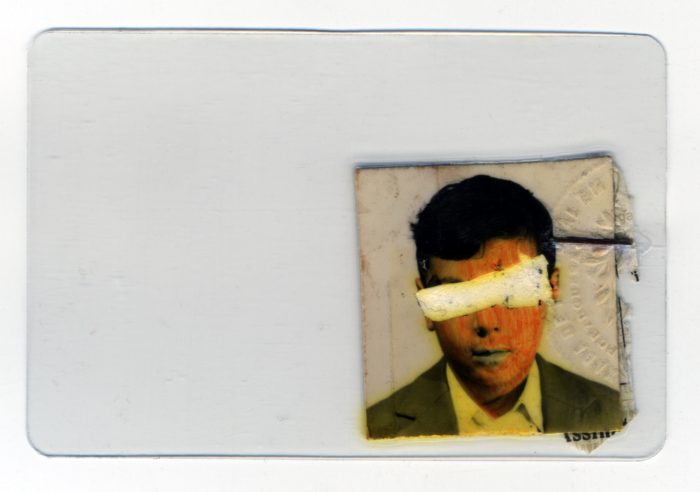 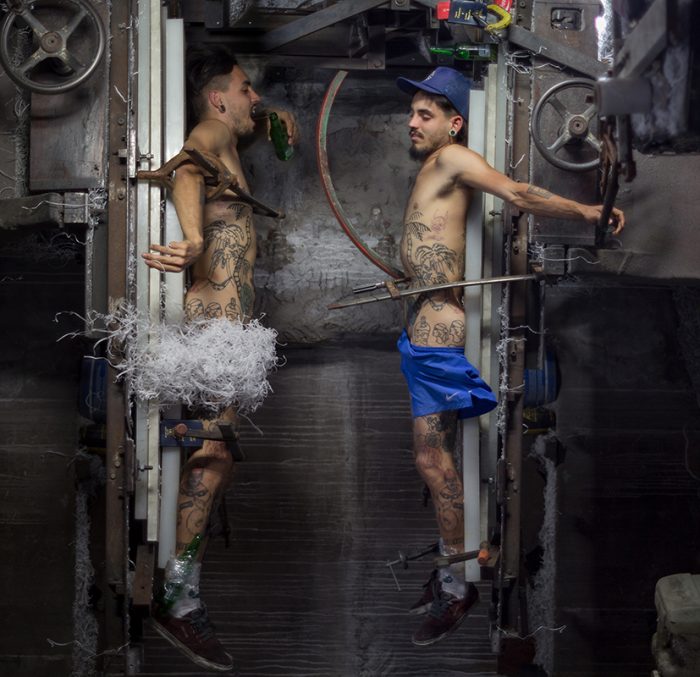 Most of of humanity’s worst ties are invisible, which are nevertheless just as strong. As anchors, these chains subdue the historical narrative through the word, a fact that transcends the daily behavior as a naturalized programming, until a place is achieved in the establishment of judgments on the moral and the immoral, the prohibitions and individual limits, and even the dichotomous separation of that which corresponds to man and woman, among many other standards dragged after centuries of heterosexist and phallocentric imposition. In the midst of this historical process, “The Man”—in capital letters—locates himself as the protagonist of the study and narrative of the human species that began in the 19th century, to present himself from the beginning of time and in any of the Western versions as the epicentre of the events, because whether it is with Adam or with the caveman, every story starts from the biological figure of the male.

As a recent invention, “man is not the oldest nor the most constant problem that human knowledge has posed” (Foucault, 1966). However, when Michael Foucault enunciates this maxim of contemporary thought in generic masculine, he opens an unconscious gap that allows us to agree with this idea, because after centuries of domination, “The Man” as a modern individual—white, masculine and heterosexual—has ceased to be the central focus of social discussions. The aim is to use philosophical and academic approaches to give way to in-depth reflections on the feminist approaches that are atomized in multiple displacements towards sexual, ethnic and racial diversity included in gender theories, the Queer and LGBTTI+ movement, among other aspects that were recently marginalized from all visibility. The claim of a historical debt in which some other conceptual and theoretical paths take up the idea of man—in small letters—now as a social construction, far from the dominant discourses of the past.

Under this premise, the virtual exhibition Hombre, demasiado humano (Man, all too human) organized by Portaespacios and curated by Raúl Rodríguez, brings together a set of 18 works by artists of different nationalities. Each one of them deals with the separation and tangentiality of the universal, virile, strong and invincible representation of man. While it moves away from any kind of capital letters, it presents itself and brings man closer as a human being—too much so—who asserts his will to free himself from moral and social formulas, fictitious and spectacularized since immemorial times (and therefore questionable) in which “The Man” hunted and “The Woman” reproduced.