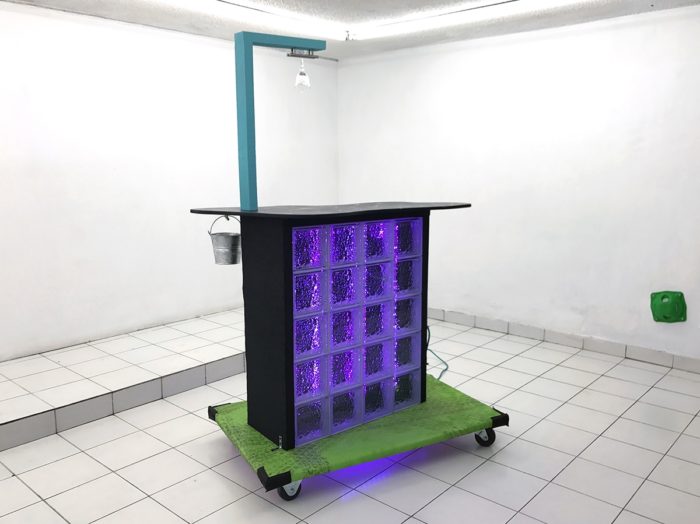 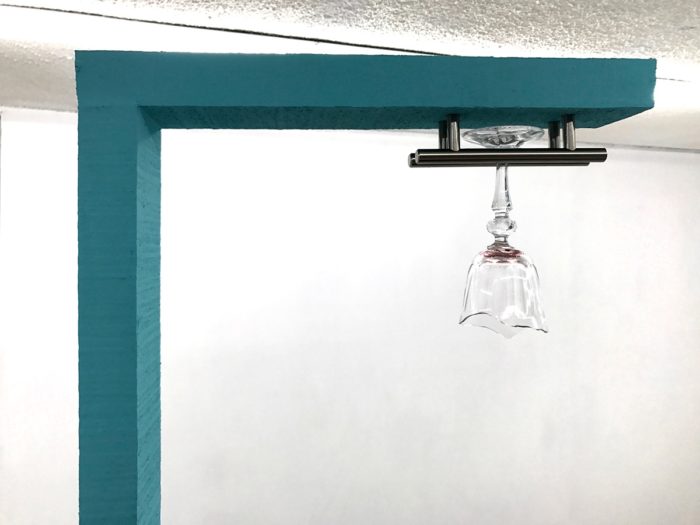 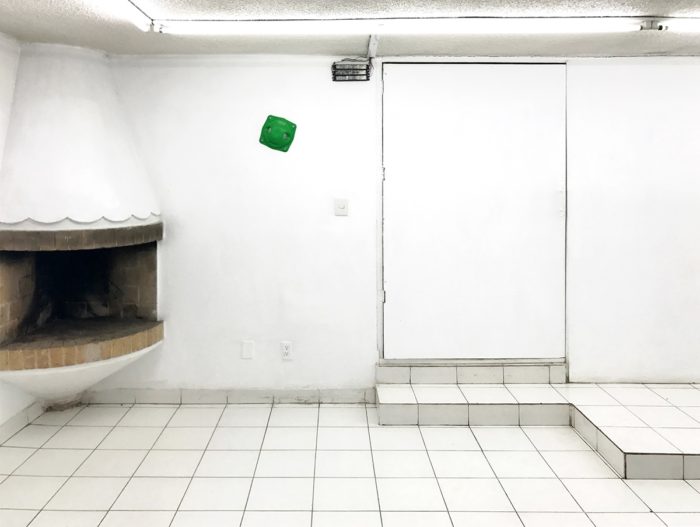 1: a spasmodic inhalation with closure of the glottis accompanied by a peculiar sound

2: an attack of hiccupping — usually used in plural but singular or plural in construction

3   a: a slight irregularity, error, or malfunction
b: a usually minor and short-lived interruption or disruption, or change [1]

You know, Sheryl Crow really nailed it when she said, “everyday is a bumpy road.” (hic) [2]

No surprise that CDMX and LA are sisters – both inheriting a pimply complexion and seismic vibrato. In just three weeks with CDMX, you can catch a bug [3] and thousands of bug bites, trip on an ancient ruin, break bread and glasses, lose your shi(r)t, and get shit on by a bird. A combination of multiple mezcales and chelas is known to cause hipo. You might even get a distinctly new sunburn every single day. [4] Despite all that, you gotta’ keep on keepin’ on. (hic)

The Hiccup Cart is a “bar cart,” but not your everyday bourgeois, domestic variety, rolled out by the most gracious of hosts for an out-oftime special occasion or cocktail hour, maybe at the beginning, middle, or end of sobra mesa. [5] No, this “bar cart” is in fact both a cart and the bar, yet with no inherent, working objects of service. More, self service, or even, self serving. Roll it in (hic) or roll up to it and take a load off. (hic) “Set down your glass. Light up a smoke. Lean on me!” shouts the bar/cart (IN SERVICE). “Sorry there’s no glass. Sorry, I’m not larger. Sorry, this bucket [6] is with hole,” whispers the sculpture (OUT OF SERVICE).

Aesthetically, Hiccup Cart is part Memphis, part Angeleno, and part Mexa, but not too much of any to be overwhelmingly one.

[Can a sculpture act as a meeting place, a site for contact?]

Two miniature speed bumps sit on a wall – physical hiccups, perhaps? (The Major Lazer banger Bubble Bump (hic) [7] plays softly…) One might notice their proximity to some of the space’s infrastructure – points of encouraged ignorance in the contemporary white cube.

[What would it take for a sculpture to move? Through space – wheels. Through time – use. Emotionally – well, who knows, but it’s worth shooting for. (hic)]

Bumps and holes and bubbles and breaks all in and on a grid.

* It is worth mentioning that the oft-repeated rule that clauses and sentences should never end with a preposition is considered, by many, to be outmoded for modern English.

[1] https://www.merriam-webster.com/dictionary/hiccup
[2] Misquote: Sheryl Crow “Every Day is a Winding Road” from Sheryl Crow, A&M Records, 1996.
[3] An estimated 10 million people—20 to 50% of international travelers—develop TD each year. It is more common in the developing world, where rates exceed 60%, but has been reported in some form in virtually every travel destination in the world. From https://en.wikipedia.org/wiki/Traveler%27s_diarrhea
[4] Andrew Birk, received ad vocem, 16 June 2017.
[5] In the best-case scenario, sustained throughout.
[6] Equally unsuitable, in this state, for vomit or propinas.
[7] Misquoted: Major Lazer, “Bubble Butt” from Free the Universe, Mad Decent, 2013.
[8] Misquoted: Nancy Sinatra, “These Boots are Made for Walkin’” from Boots, written by Lee Hazelwood, Reprise, 1966.