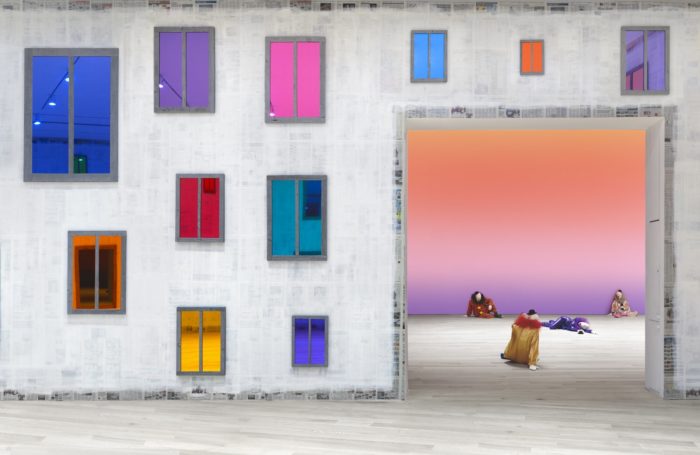 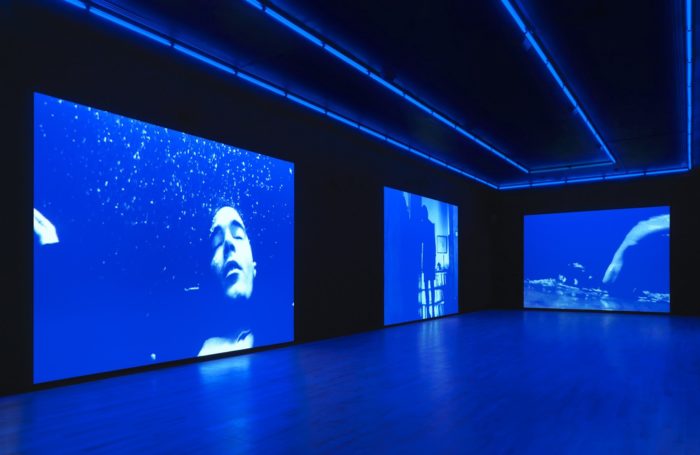 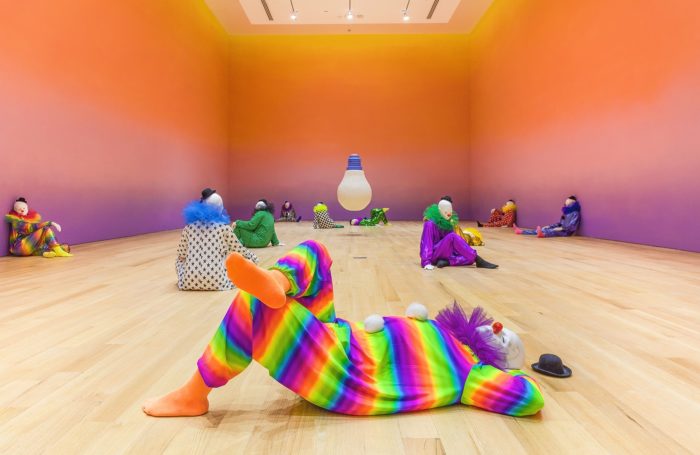 Spanning the entirety of the museum’s newly designed second floor, good evening beautiful blue by Ugo Rondinone was a part of a major multi-institution retrospective comprising works that span three decades of the artist’s practice, from the late 1990s to the present. From poetic installations in public spaces to life-size drawings, Rondinone’s work balances on the edge of euphoria and depression. The exhibition centered on the work, vocabulary of solitude (2014-2016), an installation of 45 life-size clown figures, each engaged in a different everyday activity, such as sleeping, daydreaming, waking up, sitting and running. Marking its first appearance in the U.S. in nearly two decades, a separate gallery presents an immersive six-channel video installation titled It’s late… (1998), displaying slow-motion loops of people doing various isolated mundane tasks, resulting in a thought provoking and introspective space. Also on view is clockwork for oracles II (2008), a multi-wall installation comprised of 52-mirrored windows (one for each week in the year) set against a backdrop of whitewashed pages from the Miami Herald. Together, the selection of works places the visitor in an arena of contemplation and introspection, confronted by installations that stimulate self-reflection.