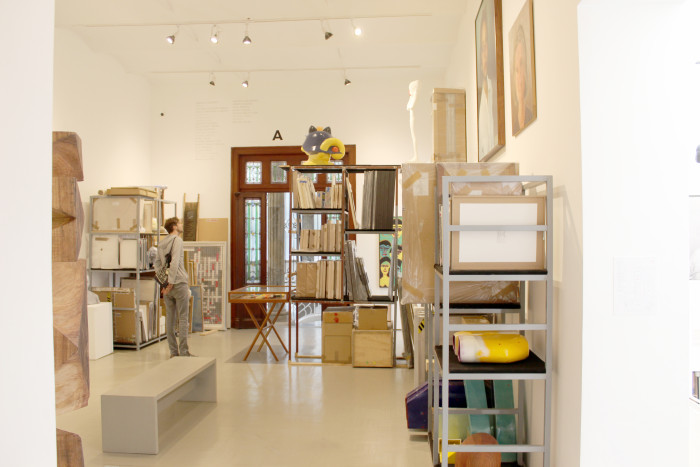 In a nation where annual budget cuts to cultural and arts funding are practically a national tradition, the 2015 Gallery Weekend event offered proof the Mexico City arts scene—a mix of commercial galleries and non-profit initiatives—is giving rise to a bumper crop of projects and moving forward vigorously, even outside the realm of state sponsorship. Gallery Weekend’s three-day agenda left behind ample evidence the city’s arts production is wide-ranging, both in interests and in terms of media, as well as when it comes to the overall quality of the projects presented along its circuit.

The most established galleries, players on an international level, presented solid projects that reinforce their reputations. One of the most notable was Plaza Río de Janeiro 54. 1983-2015, a show with which Galería OMR said farewell to the space it has occupied for more than thirty years. The exhibition was a museography exercise that, more than revealing curatorial concerns, worked as a staging of the gallery’s history. Organized alphabetically, the show grouped artworks around a constellation of artists that have collaborated with the gallery over time and presented them using a device that alternately resembled past exhibitions, a warehouse, a cabinet or even a workspace. The dynamism that suffuses the show—which easily could have been a single installation—portrays the gallery’s active history and serves as a perfect prelude for generating interest and anticipation about OMR’s future in its new home. 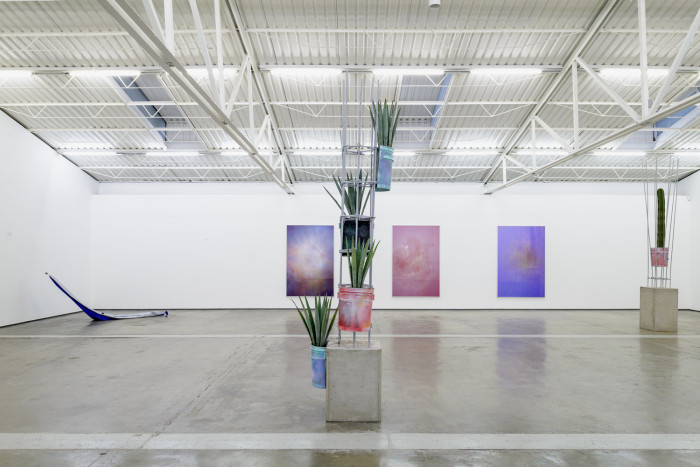 In turn, Proyectos Monclova presented Zeitgeber, a solo show by Adrien Missika. Made up of artworks suggesting an at once futurist and contemplative narrative, here visitors discern a clear reflection on time. Higher Future (Agave), a sculpture made of metal rods supporting flowerpot/buckets that contain agave cacti, appears to erect a column; the lightjet prints seen behind the sculpture feature apparently cosmic landscapes that are in fact failed efforts by the artist who, swinging in a hammock (hammocks have been the origin of other artworks) wanted to capture the moon, framed between trees. Another piece that revolves around a repetitive act, the artist’s incessant searching and his patience when it comes to achieving the task, is Agave Agapé, a video in which Missika tries to rhythmically cut an agave blossom. With reinforcement from the series entitled Biosphere—small biospheres that safeguard plants and look like jet-packs—Zeitgeber takes up the life/death cycle as it relates to cosmic time. 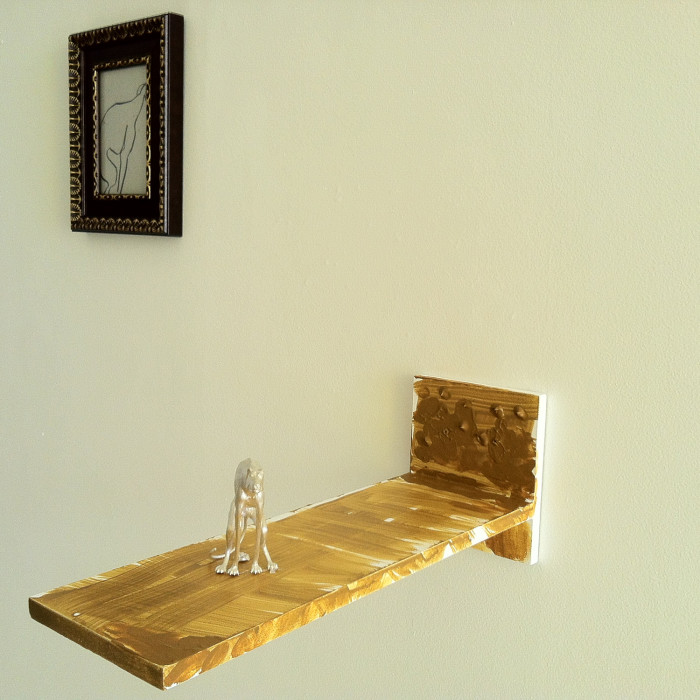 Part of a less poetic tendency, Galería Hilario Galguera presented Los justos desconocidos (de todas maneras cago), a collective exhibition curated by Víctor Palacios that takes inspiration from a notion of expanded generosity. Palacios transfers that concern to the contemporary art realm and wonders if an artwork can be a generous act—if it can be valuable and socially responsible. Far from providing answers or adopting a position of simple political condemnation, the exhibition tries to disentangle these problematics in every piece, including a portrait of Marcial Maciel by Mauricio Limón or the landscapes of urban ruin Tláhuac Mata’s paintings portray. A number of other artists transported this statement to the commercial realm and reflect on the artwork’s reification as well as the transmutation of value this makes possible. Can generosity exist, in fact, when something is expected in return? In Justo desconocido I, Óscar Benassini summarizes a great many of the show’s curatorial disquiets; the work is a nickeled and silver-plated sculpture of a dog as it defecates. The act of shitting is equally important to the show in general and the exhibition design invites consideration of walls that have been painted a difficult-to-discern hue—is it gold or is it crap?

Benassini’s value-assignment—and mockery thereof— finds its more direct counterpoint in Karmelo Bermejo’s Pepita de oro macizo pintada de oro falso. The title translates to “solid-gold pumpkin seed gilded in fool’s gold,” and the work presents a critical view of the complex relationship between the art market, the (violent) history that hides behind objects and value-designation, something that still seems to be one of the hot topics on the Mexico City scene.
At Kurimanzutto, Minerva Cuevas uses cacao, a currency in ancient times, to explore colonization processes that continue to operate within the trade, a good part of whose production is solely destined for foreign consumption. Despite the rigor of her research, the pieces recur to somewhat obvious denunciation strategies such as appropriation and brand-logo subversion. It ends up making Feast and Famine a somewhat rigid, Manichean affair. 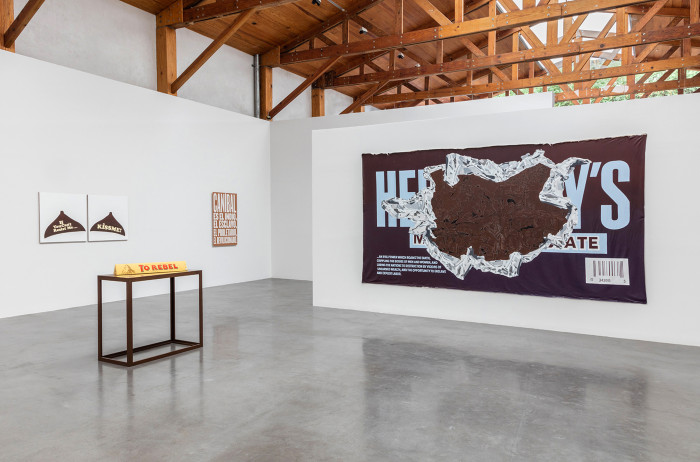 On the contrary, the project space at the same gallery presented ¿Por qué no fui tu amigo? by Daniel Aguilar Ruvalcaba, curated by Chris Sharp. Completed using a mere three pieces—a classified ad, an installation with computer equipment/accessories and two banknotes photocopied onto “poetry paper”—the exhibition activates a series of questions on value-designation, currency circulation and putative cultural philanthropy. The project emerges from an event that marked the artist’s childhood—his father lost everything to bank debts—yet ironically, an emerging-artist fellowship from the same bank now helps support Aguilar Ruvalcaba’s creative endeavors. The computer equipment installation is to be simultaneously sold as merchandise per se on Mercado Libre—Mexico’s version of Ebay—as well as in the gallery, as a work of art. Finally, the artist responds to the bank’s philanthropic mission by reintroducing family history via the classified ad, which offers to pay off debts that anyone who happens to have his father’s name may be carrying. 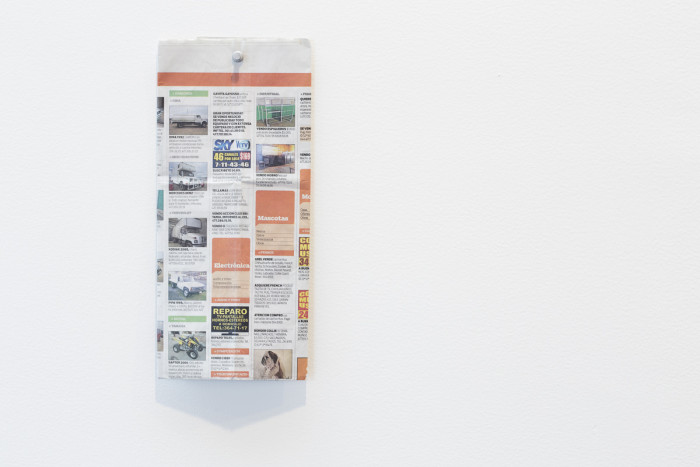 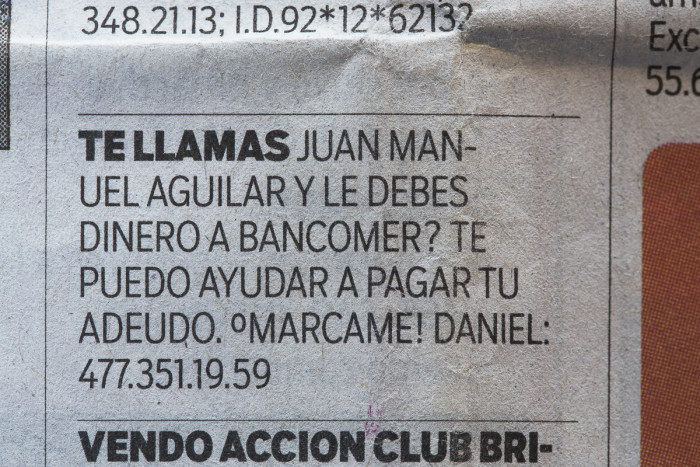 The fact that a series of participating newcomer galleries has consolidated itself to play a more influential role on the local scene is perhaps Gallery Weekend’s most gratifying surprise; Marso, Proyecto Paralelo and ArredondoArozarena are the clearest examples. All run by directors under 35, these galleries have committed to developing projects by up-and-coming artists as well as providing visibility to creators with more long-term trajectories who have yet to receive much commercial attention. The latest addition along these lines is Parque Galería, which is seeking “to reveal oppressive structures often not recognized as such” through its artists’ work. If the stated mission lacks subtlety, the projects presented in this inaugural show approached political themes in an intelligent, unpredictable fashion. Andrea Geyer’s Timefold, for example, is a photographic series portraying the diaries of Gertrude Vanderbilt Whitney, founder of the Whitney Museum and a key figure to modern art’s development in the United States. Certain pages of her diary have been ripped out and by focusing on their absence, Geyer sketches a parallel between that omission and a constant lack of women’s inclusion in the writing of history. 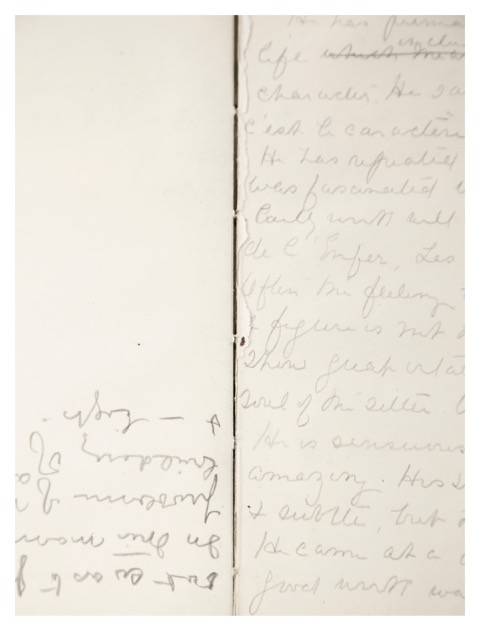 Gallery Weekend 2015 showed that Mexico City is home to a burgeoning artistic community. It also demonstrated that unlike other art centers such as New York or Berlin, there is room to grow here; that a space of possibility exists. Only time will tell if we find more golden pumpkin seeds in future editions—or if we discover that in fact they were fool’s gold.