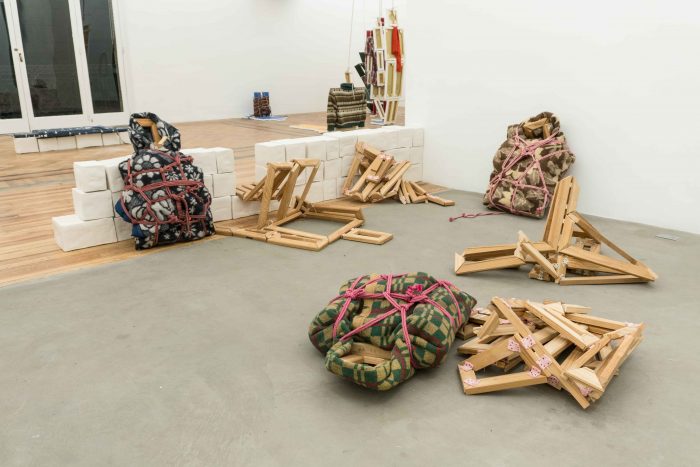 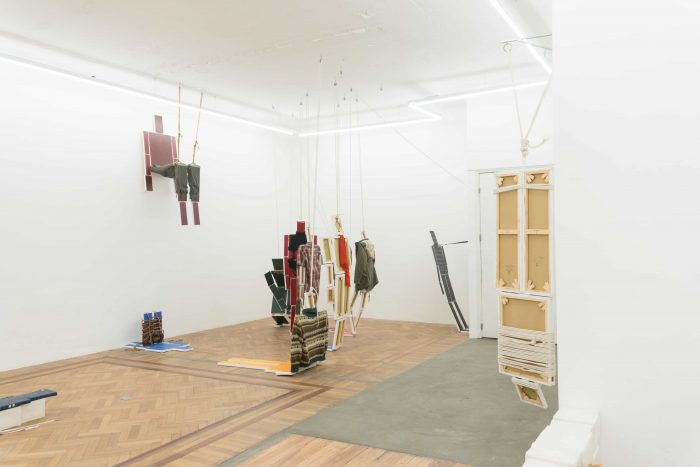 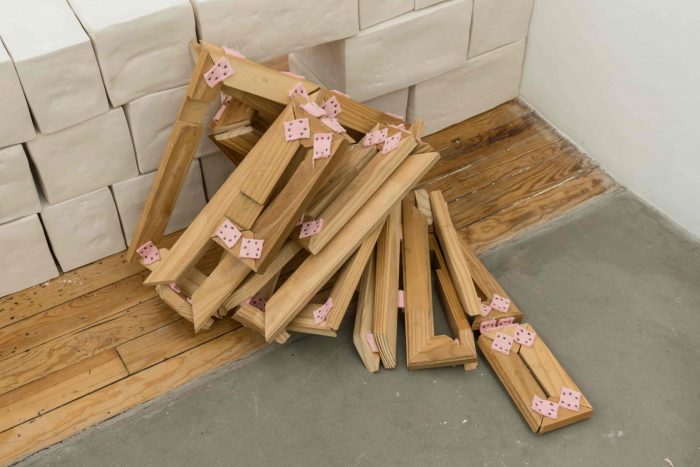 Stone: Amulet to be a good weaver, or to have a good hand.

Hollow: In 1948, Antonin Artaud declared war on the organs in his book To end God’s judgment: “Well, tie me if you want, but I tell you that there is nothing more useless than an organ.” A statement which Deleuze and Guattari read as an experimental call that was not only radiophonic, but biological and political that would cause censorship and subsequent repression. That revulsive image will be—a short time later—a resource through which to intensify a premise in its philosophical system: human existence is, in the first place, a bodily existence. But then, what is a body without organs? It is first and foremost a place, and necessarily a collective plan. An attempt to activate a reversible becoming, which is to say the ability that we have in order to get rid of our previous education; to break the chains of the sign that mark the capitalist destinies of experience. It doesn’t matter what but how to become a body without organs: a body where intensities pass and make it that is no longer me or the other, not in the name of a greater generality and of a greater extent, but by virtue of singularities that it can no longer be called personal, intensities that cannot be called extensive. “Is it so sad and dangerous not to bare the eyes to see, the lungs to breathe, the mouth to swallow, the tongue to speak, the brain to think, the anus and the larynx, the head and the legs? Why not walk with the head, sing with the sinuses, see with the skin, breathe with the belly?” In the same way we can say that manufacturing a body without organs consists of disarticulation of the organism, such as taking our body to open it to an endless number of connections with powers of all kinds that simultaneously affect the experience of the real, it is important to recognize in the same way that it is a sensitive opposition. That is, an intense desire to empty, at last, the experience of the hierarchies of meaning.

White: The white screams, it’s opaque; doesn’t allow to see through it. White is obsessed with power (Derek Jarman, 1994).

Blanket: I heard a friend say that a fabric is like a cover and there I understood her insistence. We hugged and more people joined.

Door: Why and what’s there to complain about? A recurring question in Sara Ahmed’s sweaty project to bring feminist theory to everyday life, again. To complain, for her, is to commit to oneself, to commit one’s own time, energy and the totality of being in a course of action that usually separates you from the work you want to do, even if one complains in order to do the work you want to do. Complaining, in the framework of work on sexual violence, can lead you to the darkest corners of the institutions, to the dirtiest corners of a teacher’s room, the loneliest and slipperiest halls. But understand that these displacements, in addition to being exclusive and silencing technologies, can help to teach more about the institutions and the walls we’d like to break through. Therefore, complaining in an institution implies knowing it even more deeply. Inhabiting the complaint then allows us to re-enter or remain in the institutional life we ​​want to modify, not only through its main door, but also through the back door, the hidden door, the door that was locked so far, the door half-closed that nobody noticed, and the trickster door. The complaint allows us to identify how the doors, windows, tables, halls and rooms in an institution work, which will try to silence or strengthen our conflictive relationship with silenced power structures. Holding onto the complaint is a learning process. Inhabiting the complaint is the way to recognize who I am pointing to, but especially, who points me back. Complaining is dismantling the invisible bureaucracy that organizes listening. Complain about forms, complain about empty answers, complain about those who intend to deal with violence. Complain, challenge the power. Complain, to change something. Complain, so that the world becomes wider.

Extraterrestrial: A series of H shaped stones were found in the middle of the Bolivian desert. There are no others with such characteristics 800 km nearby. That is why they are called “the impossible stones.”

Silence: Dear powerful, dear humble: When everything is over, maybe / these seaweed / will survive the swells, the / centuries and the dreams / How the powerful will endure, the stubborn of heart / and the men who will humiliate / these love poems to all things (Raúl Zurita, 1987).

Subspace: [1] Inaccurate feeling of remoteness, loss of notion of time and space, frenzy, ecstasy, euphoria that can last from minutes to hours. Fading before uncertainty and intense desire. [2] In Star Trek, subspace is a characteristic of space-time that facilitates transit faster than light, in an interstellar travel form or the transmission of information. Subspace communications, in that universe, are a means to establish almost instantaneous contact with people and places that are light years away. Since subspace signals don’t degrade with the square of distance as do other communication methods that use conventional bands of the electromagnetic spectrum (i.e. radio waves), signals sent from a large distance can be expected to reach its destiny in a predictable moment and with little relative degradation.

INITIALISM (From Obscurantism to Enlightenment)

Safe Space: The Search for Rituals In a Fast-Paced World

Open to the public at Proyecto Público Prim