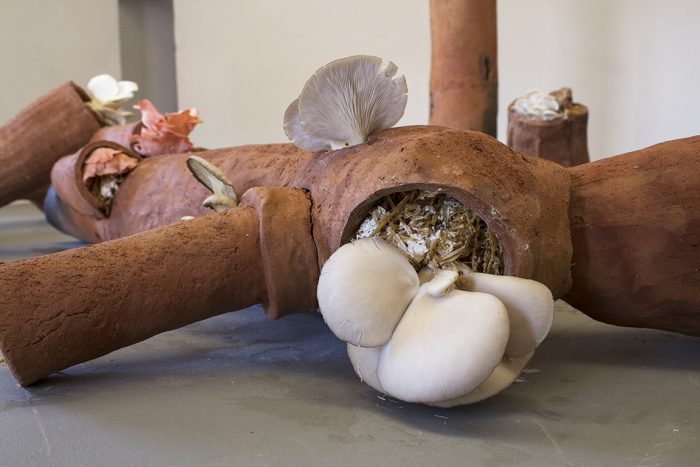 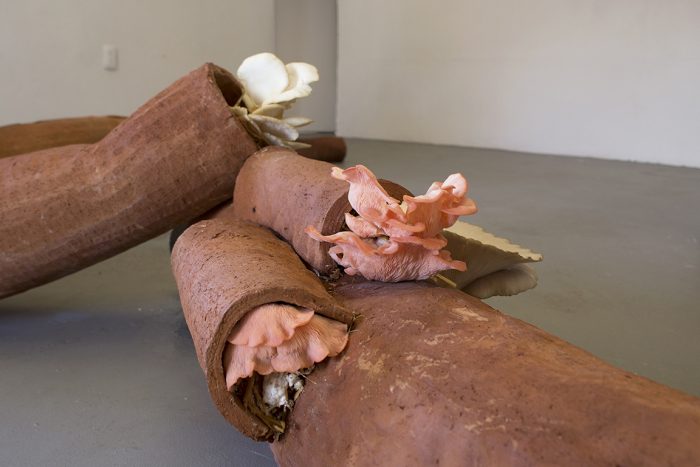 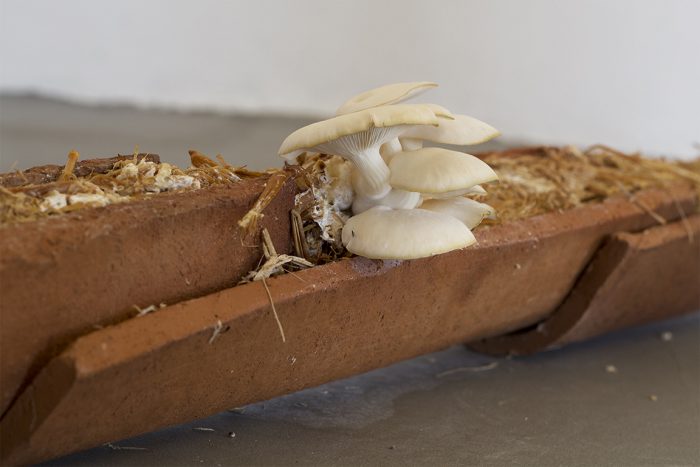 Parallel /// Oaxaca presents Eventos Fungi II by Paola De Anda, initiating the program Recent Histories of Contemporary Art in Mexico, a program supported by the Jumex Foundation. The program includes the curatorial review and presentation of artistic works made between 1994 and 2010 whose conceptual and contextual representations deepened the discursive processes and the disciplinary hybridization of contemporary historiography in art in Mexico.

Paola De Anda (Mexico, 1979) artistic processes performs a reflection on time materialized as a catalyst, filter, residue or trace of symbolic functions in the social space. Her practice combines disciplines such as drawing, installation, sculpture, video as well as editorial collaborative projects and pedagogical activity.

The work Fungi Events (2005) by Paola De Anda, motivated a sculptural construction through the appropriation of systems and natural cycles, inquiring into the poetic possibilities of everyday life. Departing from the domestic cultivation of macroscopic fungi (mushrooms), Paola De Anda built a sensory space between conceptual planes, recognizing growth, expansion and structure processes, as well as the self-determining regenerative adaptation of crops.

At Parallel /// Oaxaca Fungi Events II (2018) Paola De Anda constructs a multiple temporality where the new emplacement of the work provokes a landscape made of sculptures with living elements. By interweaving associations and symbolic connections between entities and materials, the ontological symbiosis that constitutes the mushroom informs in the artistic process a materialist and theoretical constellation that incites involuntary coordination, spontaneity and contamination as a relationship that informs, nurtures and procures its context. The sculptural assemblages of Paola De Anda reflect on the biological relationship we establish with the environment we inhabit, which is composed by the combination and presence of possibilities and scales that create an experience that activates perceptions of space and movement of fungi and how they are contained at the same time as dissipated.