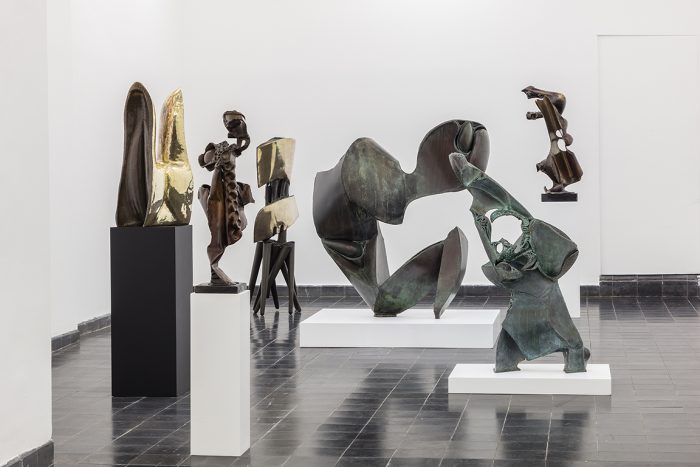 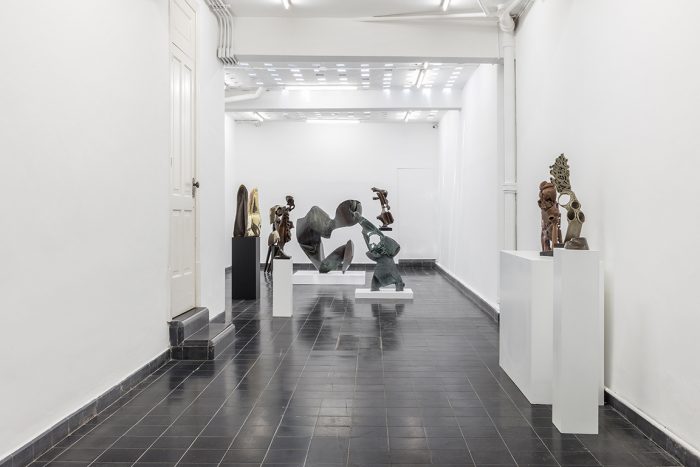 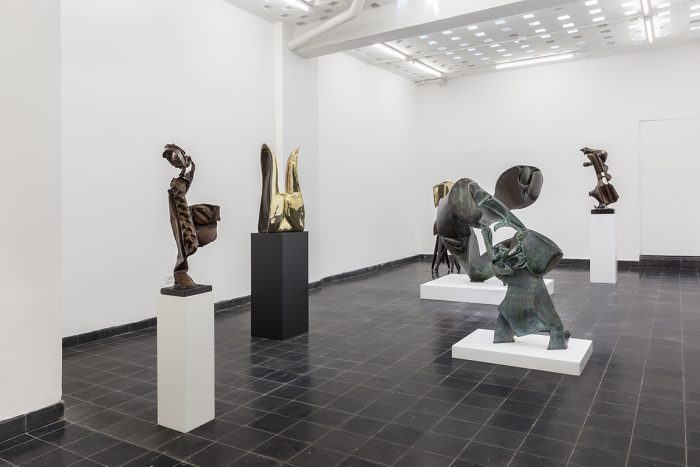 Gaga presents the first solo exhibition of James Metcalf at the gallery. This project is part of a series that aims to review the work of artists from other generations and introduce it into dialogue with the contemporary art scene in Mexico.

Despite the fact that metal has been, without comparison, the most important element in human development during the last three thousand years, the visual arts discipline that has been least understood by laymen as well as critics is undoubtedly that of metal work. The two main reasons for this situation are: first, that the economic value of metal itself explains the fact that our museums lack adequate examples for the study of the development of metal art. Although this void exists in the treasures of all cultures, nowhere is the contrast so great as among the almost incredible descriptions of the magnificence of metal art that were contemplated by the first Europeans who came to America, and what is seen today.

The second reason is that the metal worker’s creativity was the main victim of the Industrial Revolution; his talent was perverted to extinction by the growing demands imposed on design. The exhibited works in this show have been chosen, whenever possible, to illustrate the different stages of an artist’s struggle to rectify this misunderstanding and reinstate metal sculpture in its rightful place as a direct creative medium. None of these works owes its origin to a model made in another material, as is the case of most of the sculptures cast today, which are reproductions from models in plaster and clay. Nor are these accumulations of found objects, soldered to form a collage. When using the technique of die-cutting, so common in today’s industry, the dies have been cut in steel by me.

The oldest work among those exhibited, Lady Macbeth, can be noted as a work from a formative period because it retains the appearance of the flat sheet from which it was made and demonstrates the technical difficulty of the medium. In the later pieces, the simple ruled surface of the metal sheet begins to assimilate the tension and vitality of a skin that covers, and the technique, which is becoming more competent and less obvious, begins to submit to the work as a whole. The natural shape and almost automatic way in which metal lends itself to become a metaphor for the human body, as in Horns of Consecration, seems to give a literal substance to the myths of the creation of peoples as far apart as the Greeks of the Aegean and the Tarascans of Michoacan, who believed that the first man was made of metal by a smith god.

Metcalf’s knowledge of metal allows him to unwind spontaneously, without visible effort, the deep sensuality of his Irish temperament, to humanize the perfect, incisive, polished, iridescent, galvanized forms. Under his hands copper takes shape, it becomes flesh and sex, breast, elbow fold. These sexed elements (there are masculine and phallic shapes, living forms that oppose full elements and fleshy curves) are organized in general according to a rigorously controlled equilibrium that could be defined as a “thrown staticity”… It is in this internal organic complexity (curious atmosphere of bedroom and hospital, of love and appendicitis) where the authentic and original Metcalf language is elaborated day by day, and every day with greater security. Its strength lies in the localized and precise selection that is constrained by its technique of welding-assembling individual forms; it is noticed there as a genius of these impacts, of these encounters, of these dialectical clashes resolved in synthesis.

A Green Chroma, over yoga mats, over flashing lights