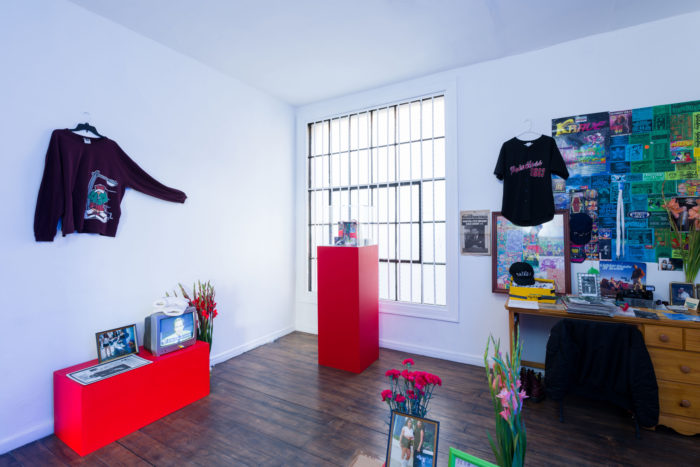 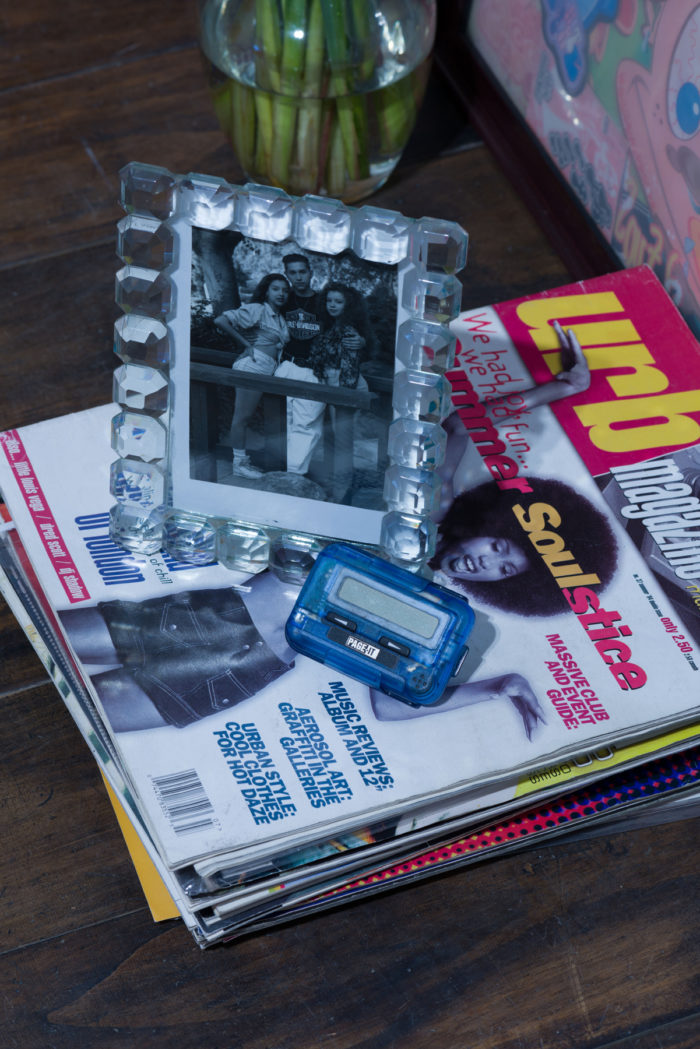 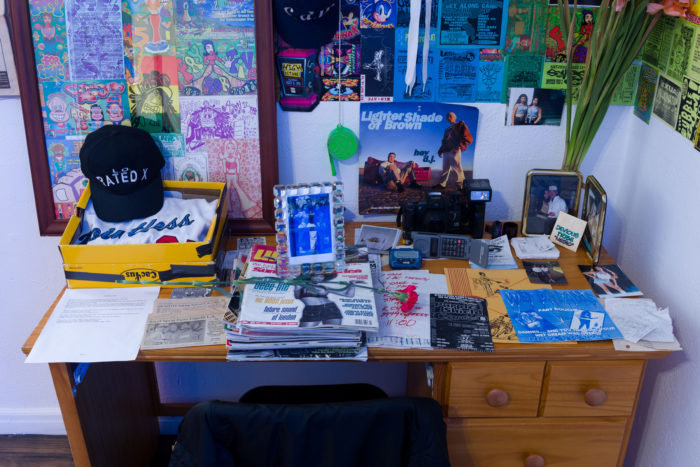 At the intersection of art and archival work, Guadalupe Rosales seizes social media as a radical opportunity: a generous platform to engage and develop multiple modes of discourse. Her ongoing projects Veteranas and Rucas (@veteranas_and_rucas) and Map Pointz (@map-pointz) broach the importance of self-representation and self-historicization, showing how lived experiences and memories find potent revival on Instagram as well as generate unexpected relays between the sometimes seemingly irreconcilable spaces of institution and community.

Veteranas and Rucas and Map Pointz are dynamic archives that document, historicize, and celebrate youth culture in Southern California during the early 1990s. The first focuses particularly on the experience of young women, the latter on the party crew scene that flourished in Los Angeles during this time. Young Latinx, alienated from much of mainstream society, created an underground that would have lasting, if often unrecognized effects on culture, especially in the house and techno scenes. While in New York, where Rosales moved for fifteen years to escape the gang violence that killed her cousin in 1996, she saw the urgent need to preserve this history from the threat of permanent erasure in the face of gentrification and displacement. The party crew aesthetic, viewed from the outside, had always been tainted by connotations of criminality and violence. Rosales seeks an accurate retelling of its history, using Instagram as a fluid and powerful platform well suited to restitute its complicated legacy through multiple layered narrative methodologies and cultural lenses.

At its core, Rosales’s practice is participatory, centering the voices of others to co-represent their archives and memories. It provides a reflective surface to see oneself—not through an act of vanity, but of affirmation. The agency which social media has allowed in collective remembering is palpable in the comment sections of the Instagram accounts, and viewers began submitting their own photos and memories to Rosales. Endless Nights is a collaboration between Rosales and Eddie Ruvalcaba, who sent in photographs for the archives. When they met, Ruvalcaba surprised her with his own trove of photographs and mentioned the existence of other damaged photographs and negatives. Ruvalcaba’s photography stood out to Rosales from his first submission because his photos captured the essence of what Rosales herself had observed and experienced as a teenager.

This installation attempts to embody this inherently ephemeral essence, materializing the collective memories of vulnerable communities to explore how impermanence might be assuaged through objects. Most of the objects in Rosales’s collection have been rescued, like Ruvalcaba’s photographs, from secret stashes in basements or garages where they were hidden over the years—from parents, from lovers, and ultimately from children. “They were just collecting dust,” people will often tell Rosales as she gratefully receives their donations. In time, we lose people, objects, and the clarity of certain memories—and yet a salvaged object becomes a receptacle for the memories and emotions attached to it. The conversations and immaterial richness began with Veteranas and Rucas and Map Pointz are brought back to material representation; the party crew hats, flyers, newspaper clippings, and Street Beat magazines are the remaining, potent connections to the people and the moment that were lost. “Now the only thing we have is the material. With my cousin, now I just have his backpack and his photo, but these are things that represent a part of him. [These objects] are as close as I’ll ever be to him. And that’s why this material [I’ve collected and people have donated] is so important because this is as close as we will ever be to that time.” Rosales and Ruvalcaba invite others to continue to help them bring this time closer by adding their own photos and ephemera to the visual conversation. Donations have already been made by people like Theresa Vega, who designed many parties and rave flyers in the 1990s. Part altar, part collaborative installation, this work invites those who lived through this time to make new additions. Lived experiences become documentation and ephemera, which in turn become archive and history.