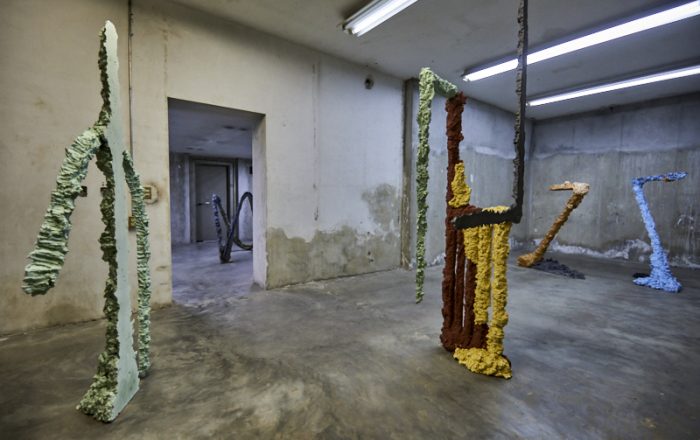 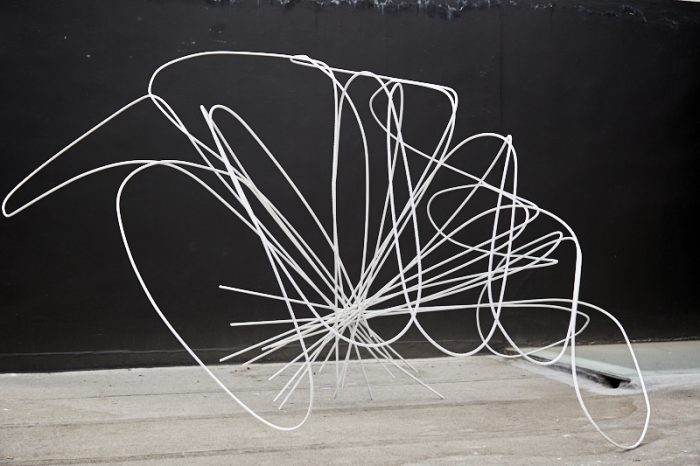 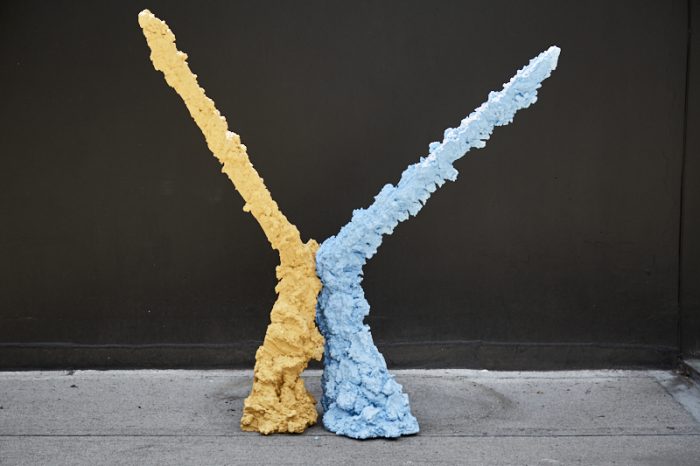 The vice is to seek for a body sculpted with amphetamines, it is to eat chocolate until vomiting, it is to crave swimming in gold, it is an excess. The vice is to desire too much, it is to suffer an avid thirst. Enunciating them all seems impossible. Here, we talk about those we stumble upon with.

This concrete-overflowing world has the urgency of building walls, it has the bad habit to use it obscenely because of its low cost. The irreverent handling that Gwladys Alonzo (France, 1990) gives to concrete manifests her drive to build. When finishing a sculpture, the need to make another one arises immediately. Euphoria passes and emptiness comes, like a cycle that has no end.

Here, the rods mutate in metal skeletons, and gray matter turns into meat. Another possibility of concrete is activated, in which it ceases to be. Mad, the colors and deliberate textures that inhabit it, make the most terrible material take shape. Matter confronts us and makes us see it from within, from another place. In the bowels of each piece, something deeper is hidden. In the act of shredding the flesh, one thing is clear: the contained tension.

The vice of weight points to the abuse of scale. It challenges gravity to oscillate between light and the monumental, putting in tension two oppositely close spaces—The Bunker and the terrace of Galería Hilario Galguera—where Alonzo’s concrete rises.

Weight is a metaphor. It is a memory that seems dense, it is as consistent as a solid mass, so fragile that in gravity it has no rest. The sculptures arise like clouds of chantillí, airy and floating, as bulky as meat, and some others, almost naked as carrion, they seem like dripping skeletons. Wherever the inert comes alive, Alonzo’s bad habits provoke a strange fascination that leads us to crumble that filthy impenetrable paste.