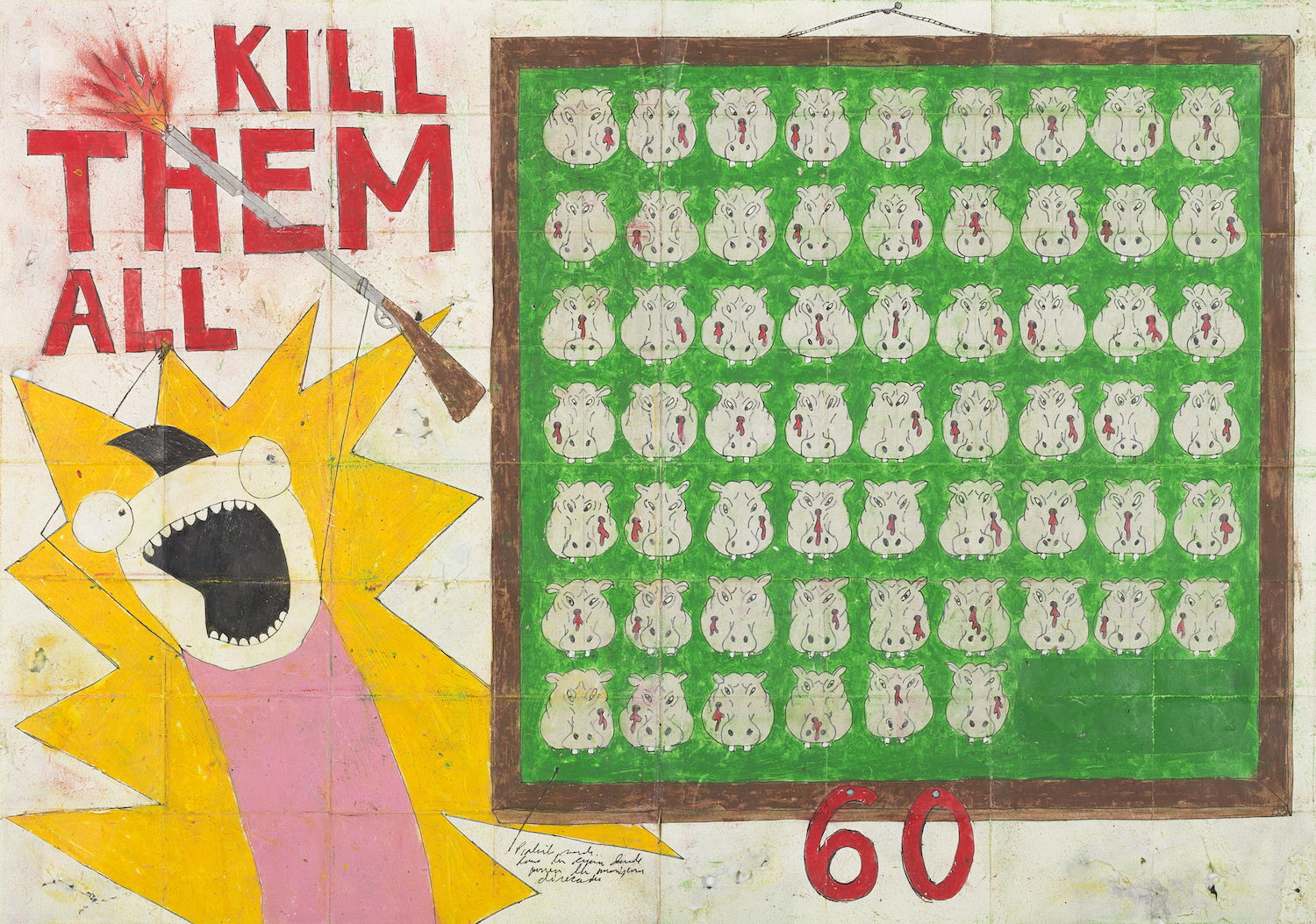 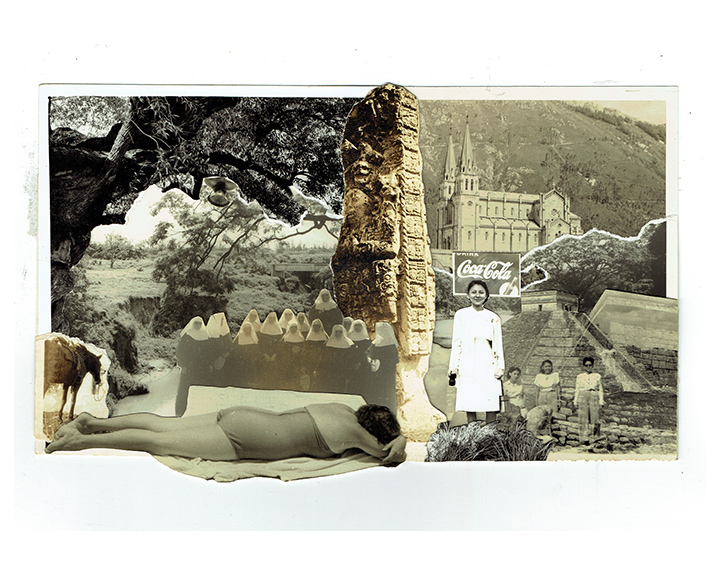 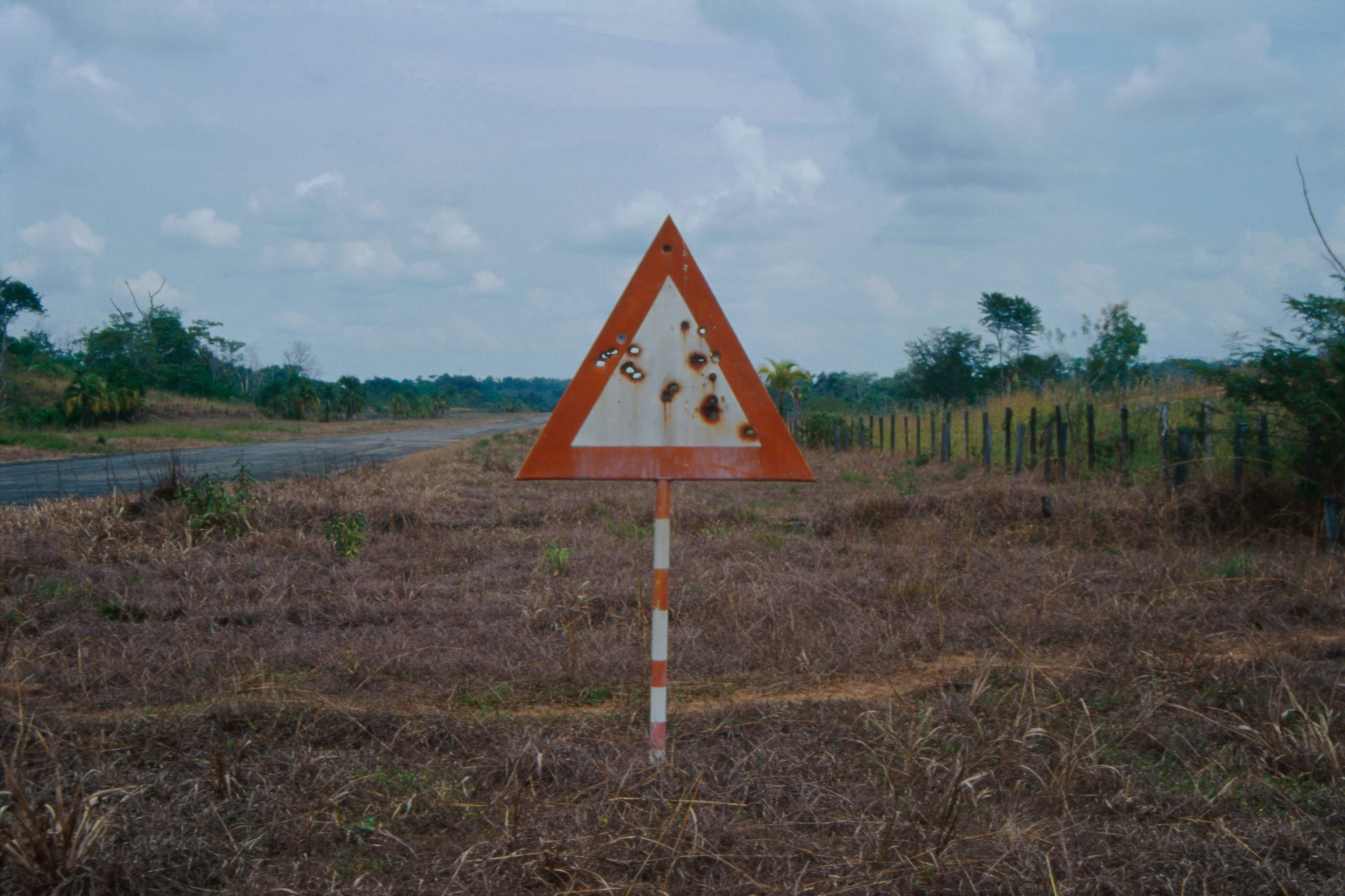 Island and prison carry a conceptual symbolism that unifies them. Both are associated with the idea of isolation, confinement, and imprisonment. Ideas that present a spatial, administrative, classist, and cultural segmentation in their structural social model; in which the PRAN, as a social and cultural Caribbean subject, exercises a monarchical role within its already segmented space.

Based on this maxim, EL PRAN Projecten stands as a reservoir of new projects concerning artistic thought and production within that very monarchical space, segmented and separated in the Caribbean, in the form of an island. That proposes the creation and growth of new areas of discussion, exchange, borrowing, and influence, in which the media, supports, and languages are mixed.

We intend to create parallel paths of artistic pronunciation, production, and materialization by adding them to the pre-existing monarchical system.  In the same way—bridging the distances—in which the imposition of Western domination on the indigenous universe occurred and, later on, the slave trade in the Caribbean area.

The intention behind the appropriation of the acronym PRAN to name this platform of critical thought—and unprejudiced curatorship—is to incite the establishment of a new monarchical system. This system adds value, form, and logic to both creative and philosophical processes. Furthermore, to add to the preservation of heritage and, above all, to raise awareness about the necessary production and acceptance of artistic resources, patrimonial values, and curatorial praxis in the Dutch Caribbean.

EL PRAN Projecten generates within its dynamic segmentation of study and artistic production the platform Curaduría Malandra. The container and content enrich and complement each other. The segments of an island/prison entail independence in their dependency that, in this case, is constituted by EL PRAN Projecten.

When The Memory Turns To Dust II
By Ricardo Miguel Hernández

Building by destroying. From domestic space to social space.

The visual field of Geoffrey Batchen’s so-called domestic-vernacular-popular photography constitutes of everyday life and trivial situations that are generated both in private and public spaces. These have been considered within the official aesthetic frameworks a nequam product, which means “without artistic and commercial value”. They have no place within the historical narratives, not even in the contemporary, which continues to legitimize names, operations, and photographic trends of so-called “modern art.”

The domestic-vernacular-popular photography, especially in its first qualifier, has not been legitimized. Nor has it been valued as such by the researchers of the photographic universe.

Those researchers accustomed to assuming an elitist, discreet, and unproblematic position; putting their work in tension with a praxis that proposes a dynamic of production unmarked by the established aesthetic limits.

Dust in the drawer or on the Smartphone. On the discursive and the aesthetic

The survival of photography as a tool for communication and questioning, whether in albums, drawers, reused shoe boxes, or in the internal memory of a Smartphone, makes it an element of memory in the domestic sphere. And it is precisely its functional, contextual, discursive, and aesthetic disorder that Cuban artist Ricardo Miguel Hernández seeks to do with his series of photocollages Cuando el recuerdo se convierte en polvo (2018-2020).

The significance of this domestic-vernacular-popular photography is not only anchored in the conservation and finding of a residual archive but also in the very aesthetic making and conceptual reconfiguration that the artist brings to it by offering a new dimension of existence of this material of memory.

From dust we come…
Curated by Nelson González

Del polvo somos, as a virtual exhibition project anchored in the principle of Curaduría Malandra, proposes to move beyond the premises of the art system to explore niches of cultural production with sociological, anthropological, and heritage nuances. Furthermore, to appropriate shared imaginaries that are born in the social root of the pyramid and evolve to the top with a dynamic of creative realization of an international character, generating a new artistic discourse from new communication platforms.

Memories from Napoles
Curated by Santiago Rueda and Harold Ortiz

Relations between today’s Colombia and the Dutch Caribbean are deeper than one might think. During colonization and until 20th century, the trade of goods from the Dividivi that left the continent to the contraband that entered it, created exchange relationships. Pirates, buccaneers, corsairs, merchants, the deserted coasts of the guajira peninsula, and the Wayuu people contributed to configuring a mythical scenario. In Cien años de soledad, for example, the inventions and wonders of the modern world came through the gypsies who used Aruba and Curaçao as a springboard to connect Macondo to the outside world. At the end of the 20th century, the islands will become mainly a tourist destination of preference, paradise, scenes of pleasure, and hedonism. Tourism obviously intensified the relationships between the islands and also between them and the continent, diversifying the exchange of goods and the movement of people. The islands, mainly in the Caribbean, began to be sought after, not only as Edenic corners but also as tax havens.

In another place and time, in the interior of the continent, a rich smuggler and cocaine merchant tried to create his paradise on Earth, the Naples hacienda, on the banks of the Magdalena River. There, the main export product of Colombian-made entertainment, Pablo Escobar, ruled and lived outside the law for some years. He imported exotic animals from Asia and Africa, giraffes, elephants, rhinos, zebras, antelopes, ostriches, and hippopotamuses.

The hacienda, opened to the public in the glory years of the mafia, later abandoned, and ultimately converted in a tourist park, left a mark on the collective memory, and continues to produce effects, questionings, and facts that seem to be products of the imagination. As something absolutely Macondian, the hippopotamus, abandoned after the defeat of the capo, began to populate the banks of the Magdalena River, and today they coexist with the local fauna, reproducing in freedom. Less picturesque is the fact that without any problem, Colombia has accepted that Nápoles, the extinct kingdom of one of the worst murderers of its history, is today an amusement park, keeping clean the memory of the mafioso.

Nápoles as a whole, whose name pays homage to the Italian Camorra, represents the triumph of the mafia over the law, of luxury and bad taste, but it is also a place on which to examine the utopia, the unconscious dream of seeing in America the new world, space where all continents, peoples, races, flora, and fauna, including hippopotamuses, merge.

Memories of Napoles gathers the work of artists who reflect on this enclave, but who also investigate the destruction of a true earthly paradise, current Colombia, a place with the best climates, lands, and diversity of the planet, destroyed by blood and fire in the name of an unjust and irrational war on drugs, a cynical excuse to impose the benefits of the structures and logics of capital, testifying to the tragedy of an Eden in decomposition.