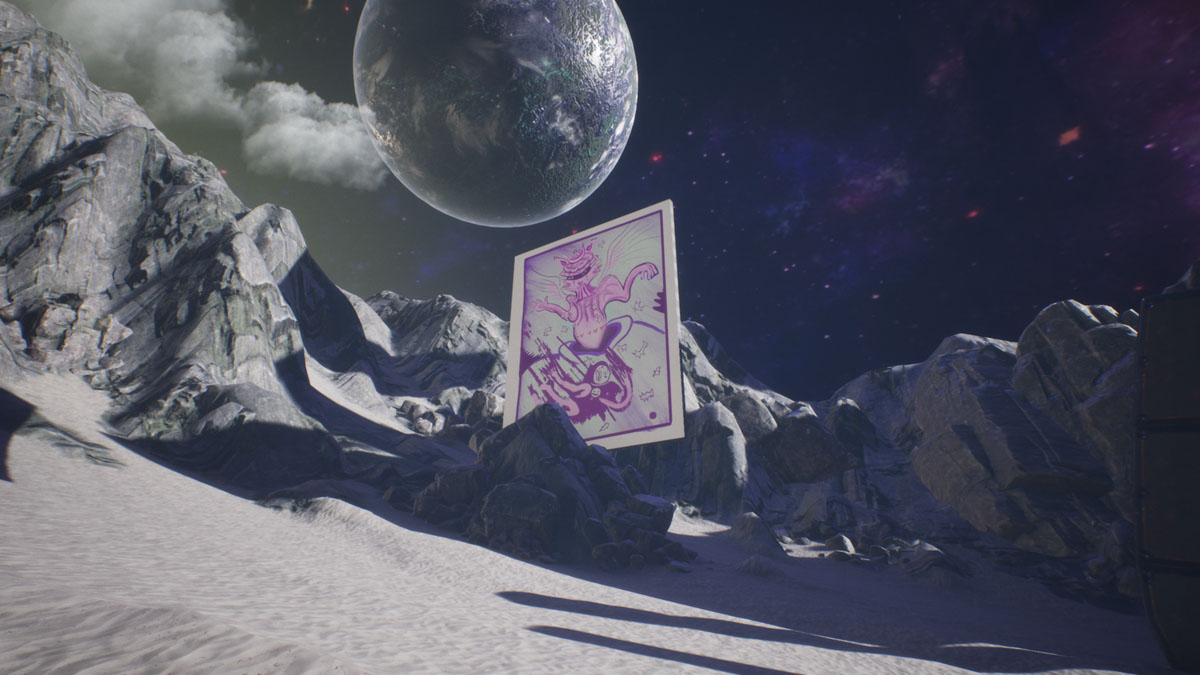 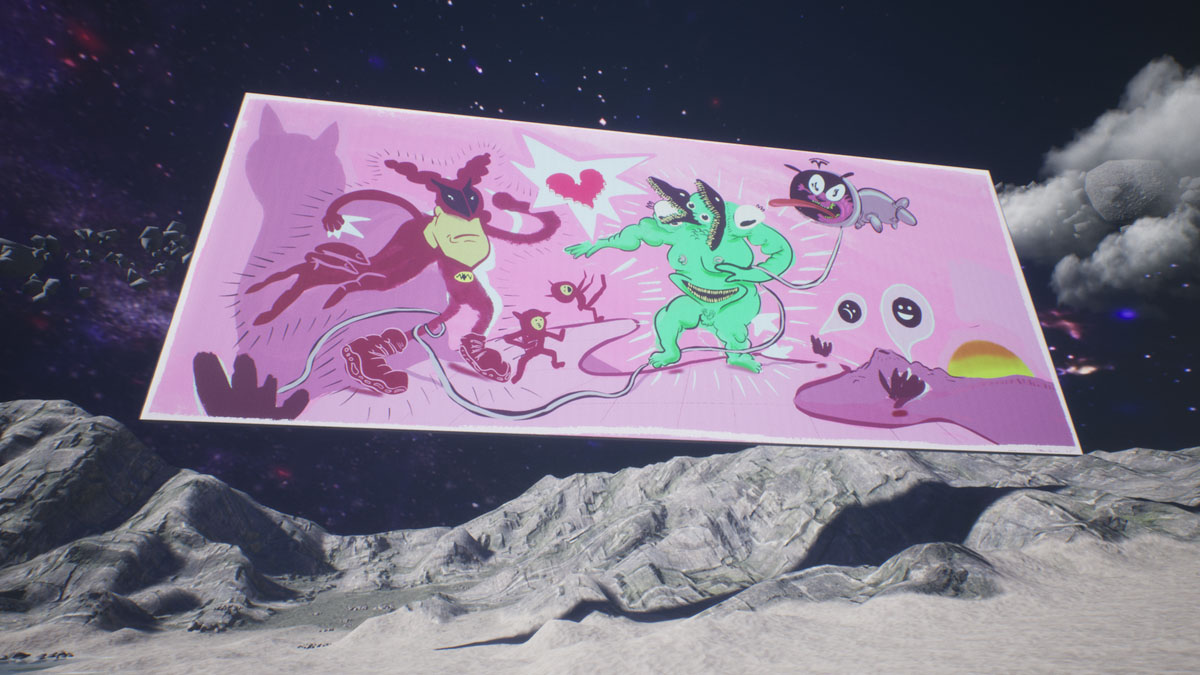 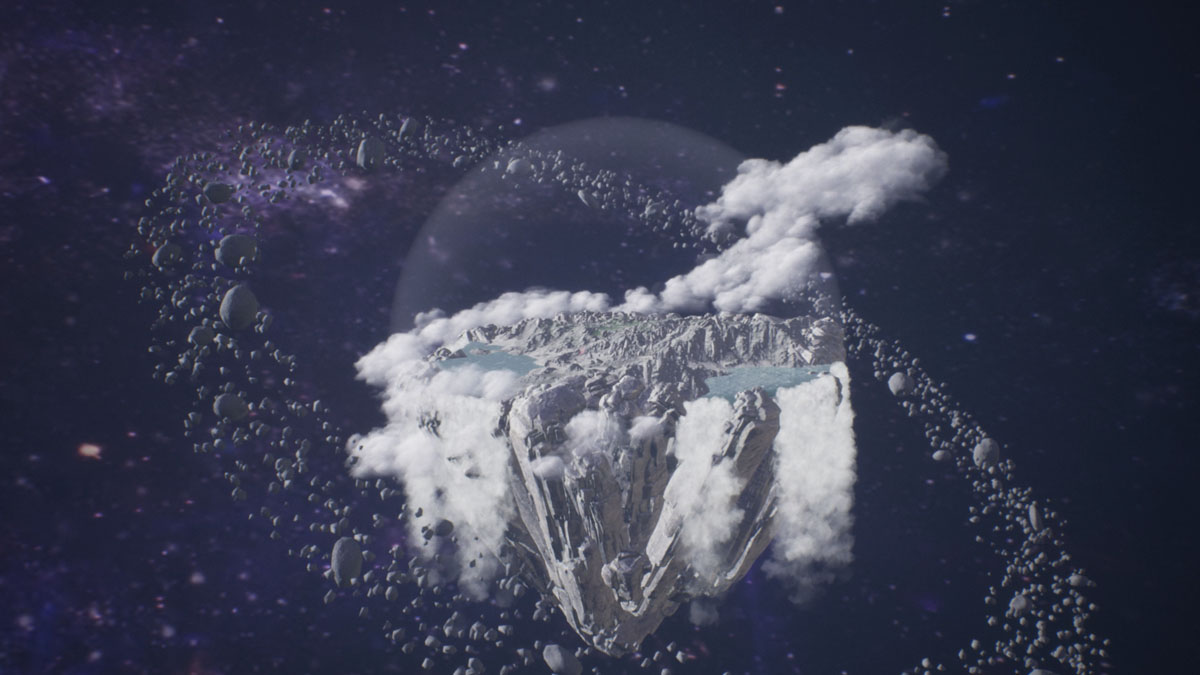 Deslave is pleased to present The great assault of the century, Who Stole Imagination?, a solo show by Israel Urmeer at Basura Espacial / Space Junk. Available at https://deslave.itch.io/el-gran-asalto-del-siglo.

When there is no more life on Earth, what remnants of pop culture will be left floating in space? If we escape a seemingly imminent extinction, what place do we, as Mexicans, have in conquering other planets and distant galaxies? And above all, how can we avoid the previous scenarios and conceive another possible destinations using our imagination?

In The great assault of the century, Israel Urmeer presents us a series of digital paintings that condense references and graphic elements from western cartoons, anime, the nineties and Japanese prints. In these, mutant characters find themselves in the middle of a war against parasitic shadows, amorphous superheroes and chimeralike creatures assembled from popular culture.

Volcanoes, deserts and battlefields are wrapped under strange skies that present us entities trapped in outer space. Like the codices of a new mythology, Urmeer’s work summons mutants sensibilities built from comics, cartoons and video games; we are faced with a reality shaped by an imagination that, however, does not belong to us.

Who Stole Imagination?, the exhibition asks us, forcing us to direct our gaze towards the entities responsible for fabricating new narrative regimes through sequels, remakes and shared universes. Is Disney responsible for our inability to save ourselves, or is it Marvel who has set in motion the heat death of the universe?

Basura Espacial / Space Junk is a curatorial and editorial project that materializes as a video game set on a floating island adrift outside the solar system and a homonymous publication in which eight writers from various fields have been brought together to work around speculative science fiction.

Israel Urmeer’s practice works like a kaleidoscope; it is shaken and combined using different cultural icons, modeling by means of sculpture, animation and drawing alternative variations of a pop culture landscape. He studied at the Faculty of Arts and Design at UNAM (2012-2015), where he also took different seminars. He was part of the SOMA Educational Program (2018-2020). His work has been exhibited at the Museo de Arte Carrillo Gil, Museo Universitario del Chopo, Laboratorio de Arte Alameda, Palais de Tokyo, Fuego CDMX, among others. He was a member of GAMA (2014-2016), an exhibition project at the Faculty of Arts and Design UNAM, Zona de Desgaste (2015-2016) and Biquini Wax EPS, where she is currently a member.

Deslave is a decentralized platform for multidisciplinary production and research on Mexican contemporary art, with a strong emphasis on experimental practices, art politics, queer and decolonial theory, historiographic reviews and the way in which digital media and mainstream culture are being produced, distributed and ultimately appropriated by an emerging generation of artists.

Based in Tijuana, Deslave began as a project space in 2017, where it’s first phase took place. Currently, their program consists of curatorial projects, exhibitions, publications, an online program, art projects produced and/or disseminated by them, and occasional participations in art fairs. The project will inhabit a new physical space in a nearly future.