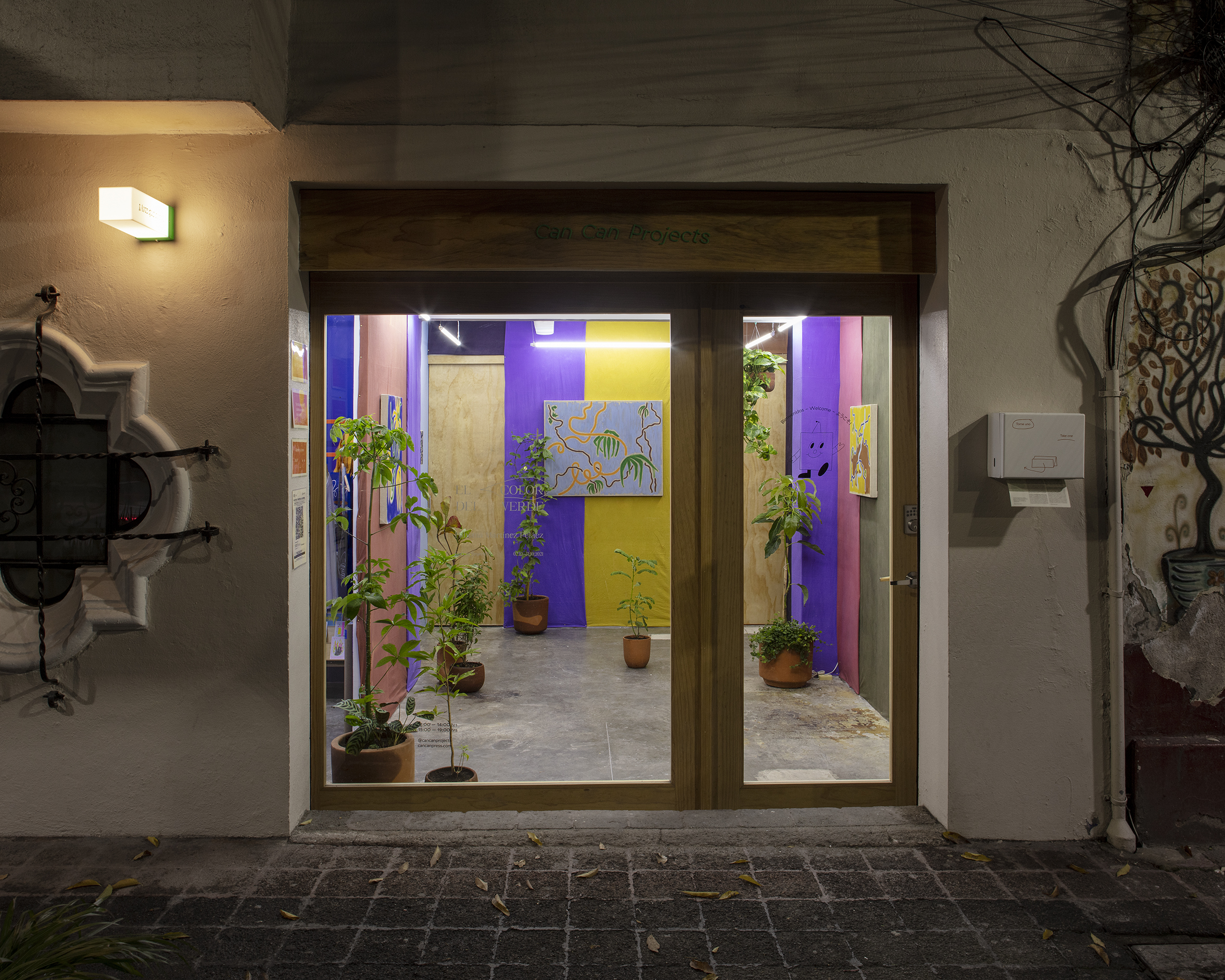 The representation of the distance between humanity and Nature has determined the rationalization of the world of experience. The subjective impression has been objectified as the starting point for the conquest of exteriority and the systematization of nature has configured the perception guidelines we have on reality. The taxonomy within the notion of living-beings has conditioned the knowledge on different characteristics and properties of what is not part of the human experience. Today, it seems imperative to have a new consideration of Nature and the natural, we now recognize in plants an alterity with which we can relate and which has to be incorporated into our narratives. Thus, Fabiana Mapel’s pictorial exercises bring forward a visual reconfiguration of plants to establish processes of recognition.

The paintings in El color del verde translate the structural character of vines, the foundation of tropical forests, to the pictoric gestures of the line as the main element of the infinite game known as he composition within the plane. It translates a pictorial gesture that Fabiana has observed, she coinhibits with an ecosystem to identify within its materiality the relations of a complex that is conceived as natural. Fabiana understands her representation not as an impositive action on them, but as a dialogue with a way of inhabiting a unique space. It is a question of exploring the ecology of line and color, dyes, the vines and the jungle, the visualization of their relations in their own expressivity. The vines grow without a single destiny, they want to get everywhere, the fall, climb, tangle, hang, they are displaced, they come back, the are connected: the lines offer different dynamiques, different dimensions, virtual and actual planes.

The fragmentation of the structures through painting translates the possibilities of the constant visual stimuli. Playground exhibits un ambience as an experiential archive that registers the playful observation of the jungle, it produces a jungle semantics from the sensibility of inhabiting the structures that appear within it. Fabiana’s proposal of the jungle as a space privileges fun, color and surprise to answer to the means of communication that are opened in the variation of the perceived qualities.

The shapes in the painting showcase some of the infinite possibilities of that visual stimuli. El color del verde exhibits the paintings inside an environment that animates them as a repertory that registers the playful observation of the jungle, it produces a jungle semantics from the act of inhabiting the possible structures that appear within it. The landscape provided confronts different outlooks of Nature though the use of the materials in order to raise a tension between the processes of manipulation and those of contact: the natural dyes in the use of the fabric support the synthetic pigments in the painting. The game within the composition responds to the communication lines that are opened in the variation of the perceived qualities. Hence, El color del verde refers to the use of pigments and color in painting when inviting to a reflection about the different ways in which Nature mediates in its representation.