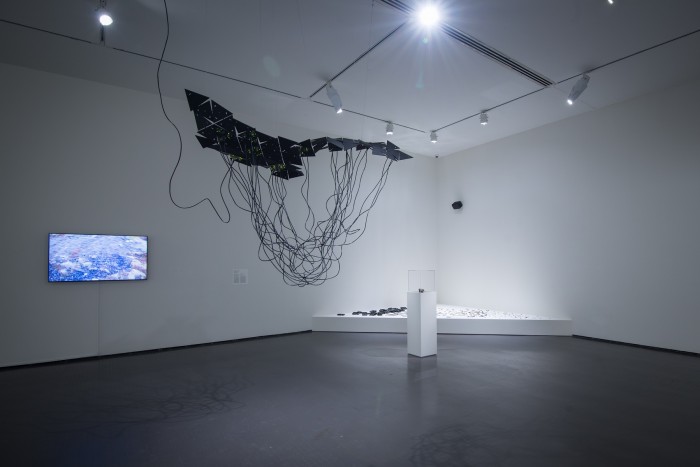 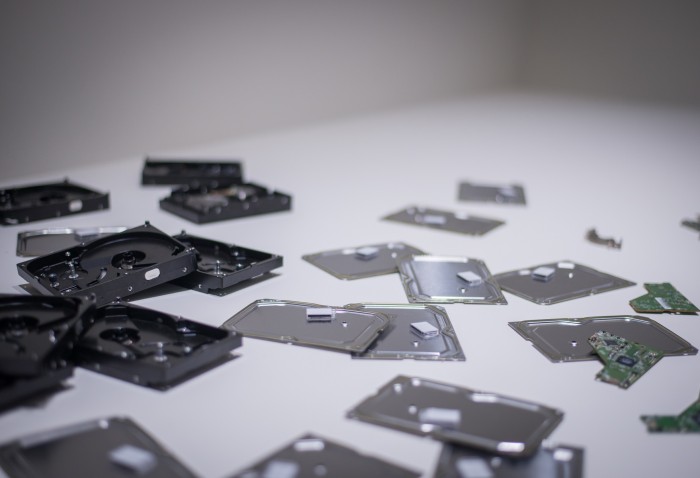 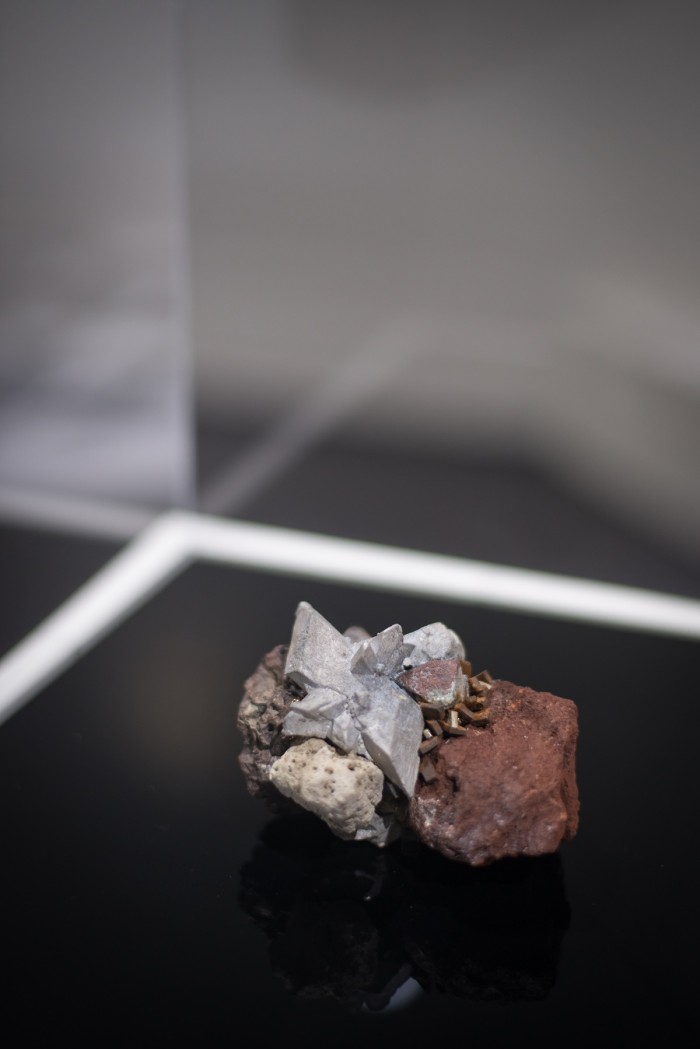 Taking a rare view from the artist’s perspective of tech waste and how it adversely affects our environment, Earth Machines is a riveting wake-up call about how our laptops, cell phones, and other gadgets derive from and return to the earth in a harmful cycle that requires urgent awareness and action. This compact group exhibit considers the relentless stream of new tech products in our society, the materials they are made of, and their ecological influence. Each work of photography, sculpture, sound, or painting explores a different aspect of the rapid production of electronics and the resulting effects on the environment, from rare earth mining, to the disposal of e-waste and the long-term decomposition of tech products.

Seventeen rare earth elements are crucial for the fabrication of mobile phones, computers, gaming consoles, rechargeable batteries, and more. But the process of extracting these elements is messy and problematic. For example, 95 percent of the world’s supply derives from environmentally corrosive mining in China, where towns such as Baotou have become irreparably polluted. An ongoing series by the artists Revital Cohen and Tuur Van Balen explores the geopolitical map of rare earth extraction. In a new work for this exhibition co-commissioned with The White Building in London, they have created an artificial ore from metals taken out of de-commissioned hard drives sourced from the DataCell data center in Iceland, which is then combined with lava rock from the region. The project calls attention to the environmental and political reality of data processing and storage, and its dependence upon the earth’s climate and limited resources.

Other works use disassembly and deconstruction to consider the materials and design of electronics. Spiros Hadjidjanos’s Displaced (Smartphone) (2014) transforms a standard iPhone into a 3D aluminum sculpture, forefronting the metal elements, rare earth and otherwise, that allow the mobile phone to operate. In another gesture against obfuscation, Addie Wagenknecht’s hanging sculpture Cloud Farming (2014) hovers in the gallery. The concept of cloud computing, a metaphor inspired by a natural phenomenon, is physically manifested in a foreboding, suspended mass of circuit boards and cables that, via custom hardware and what are known as packet sniffers, passively captures all live data passing through the area, its unauthorized surveillance made visible in blinking LEDs.

Kevin McElvaney’s photographs of the world’s largest e-waste dump, Agbogbloshie, located outside of Accra, Ghana, captures the stark reality of unregulated dumping. For his series Agbogbloshie (2013), McElvaney interviewed and photographed the scavengers at the site who excavate valuable copper from old computers, cables, and televisions. Each portrait features a worker staring directly into the camera while standing atop rubbish, with the burning wasteland as a background.

The long-term effects of a constant stream of new products is imagined in Alisa Baremboym’s abstract sculptures that meld ceramics and machine-made products. The irreversible human imprint on the deep geological time of the planet is apparent in Leslie Shows’s paintings, where the artist layers and recomposes multiple micro and macro views of various minerals onto large aluminum sheets. These new formations are placed near her work Cantra  (2013), a yellow sulfur sculpture modeled after the injection molds used in the production of electronics and consumer goods.

Finally, intermittently echoing throughout the gallery is a newly commissioned sound composition by the artist and musician Robert Aiki Aubrey Lowe, whose work blends voice and electronics. This audio piece poetically signals the natural world and its transformation, suggesting a multilayered movement between organic and inorganic, natural and artificial that feeds the seeming necessity for perpetual innovation.