During The Day Most People Are Awake 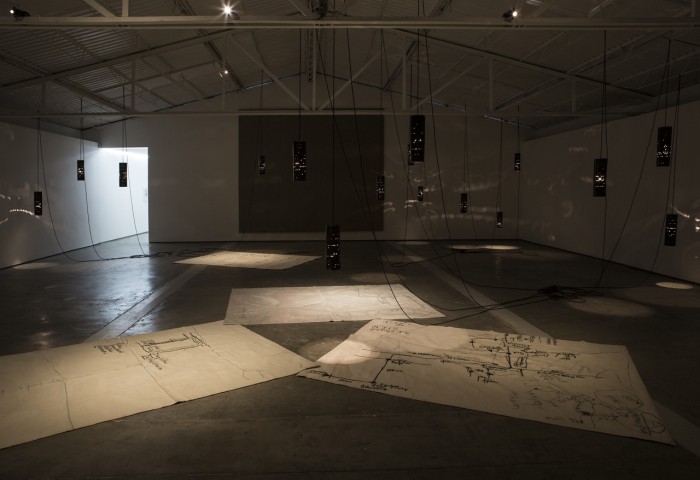 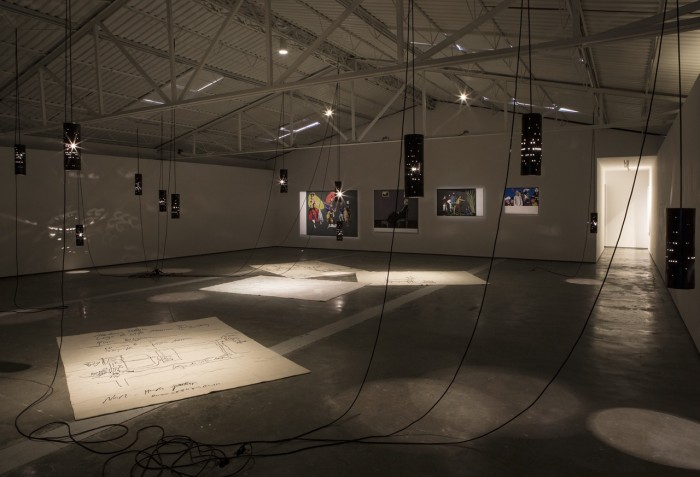 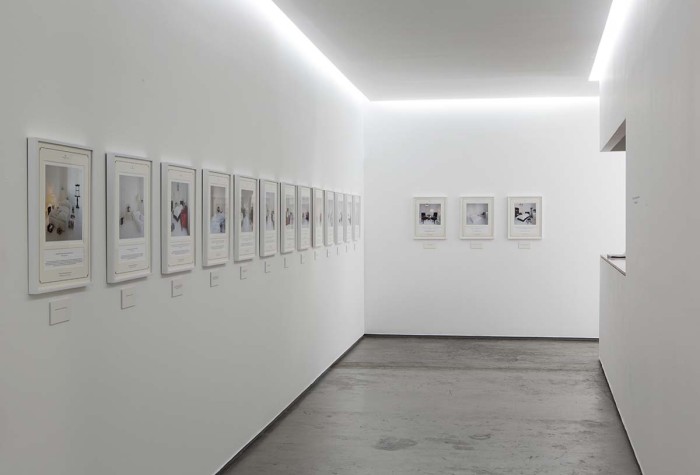 During the day we collaborate with others, try to orientate ourselves, and most of the time we are making decisions, trying to clarify the meaning of things.
In his second solo exhibition at Proyectos Monclova During the Day most People are Awake, the artist invites the viewer to reflect upon the notion of orientation, thus emphasizing on the different facets this term can embrace such as geography, personal and professional visions and goals as well as the basic daily orientation.

Improving our personal and professional lives is our daily concern – at times we fail at times we succeed. It is astonishing though how often individual desires are actually quite collective. Christian Jankowski explores such decision-making processes and ethic as well as materialistic aims in his recent photography series Little Decision Room. Following the invitation to participate in a project at Brenners Park-Hotel & Spa, one of the oldest and most exclusive hotels in Germany, Jankowski developed a series of 24 photographs based on a participatory event. The artist chose one hotel room, emptied it entirely and painted it completely white, thus leaving the choice of furniture and all sorts of decorative and useful items to each guest. Guests who were willing to participate stayed over for one night, decorated the room according to their gusto and took a life-changing decision, while in the hotel. When checking out each guest was also given the choice as to the amount he was willing to pay for this experience. All three decisions were thereafter documented photographically as well as textually.

Over the course of several years Jankowski collected drawings made to give directions depicting the way from a hotel in Venice to Harry’s Bar or from Villa Massimo to a post office in Rome among others. For his exhibition in Proyectos Monclova the artist has selected 4 sketches to be translated into big format handwoven rugs, which somehow also represent the artist’s nomadic life, travelling from one exhibition, biennial or residency to the next. Artist’s Path was produced in collaboration with Mexican craftsmen from Guadalajara and bears a subtle comment on the “old” and “new” in regard to media and techniques.

Another new body of work incorporating local craftsmanship from Mexico is the series Night Lamps.
Here, songs evolving around the poetic topic of the night are re-interpreted into another medium. Iconic songs such as Hard Days Night by The Beatles and In The Air Tonight by Phil Collins are translated into light patterns. Glockenspiel perforations become holes of 20 black pottery lamps, providing the major light source for the entire exhibition.

The aspect of re-interpretation is taken further in Jankowski’s ongoing series New Paintings. Re-staging masterpieces is a common practice among art students and the web is crowded with more or less successful tableaux vivants of pieces such as Bosch’s The Last Judgment or Brueghel’s The Blind Leading the Blind. Jankowski takes this re-interpretation game further and includes another meta-level by choosing those documented tableaux vivants from the Internet and hiring a Mexican art student to repaint them.
Each painting bears a white rectangle, an empty spot on the canvas. This is due to the artist’s decision to respect the original canvas size in conjunction with the choice to use the original scale of the images from the Internet. Here the translation and re-interpretation process unfolds.

The exhibition concludes with The Eye of Dubai – a video documenting Jankowsi’s blindfolded 5-day trip to Dubai. When invited to do a project, the artist who has never visited the city before, decided to experience this trip without seeing and to document his journey with a blindfolded cameraman. The whole discourse of visibility and invisibility in a context such as Dubai gives this piece a subtle shift from its experimental character to a socio-political comment.