Jaime González Solís reflects on the controversy surrounding the work of Sofía Taboás at the Museo Jumex, and how this has been a starting point for rethinking the status and ontological boundaries of art. 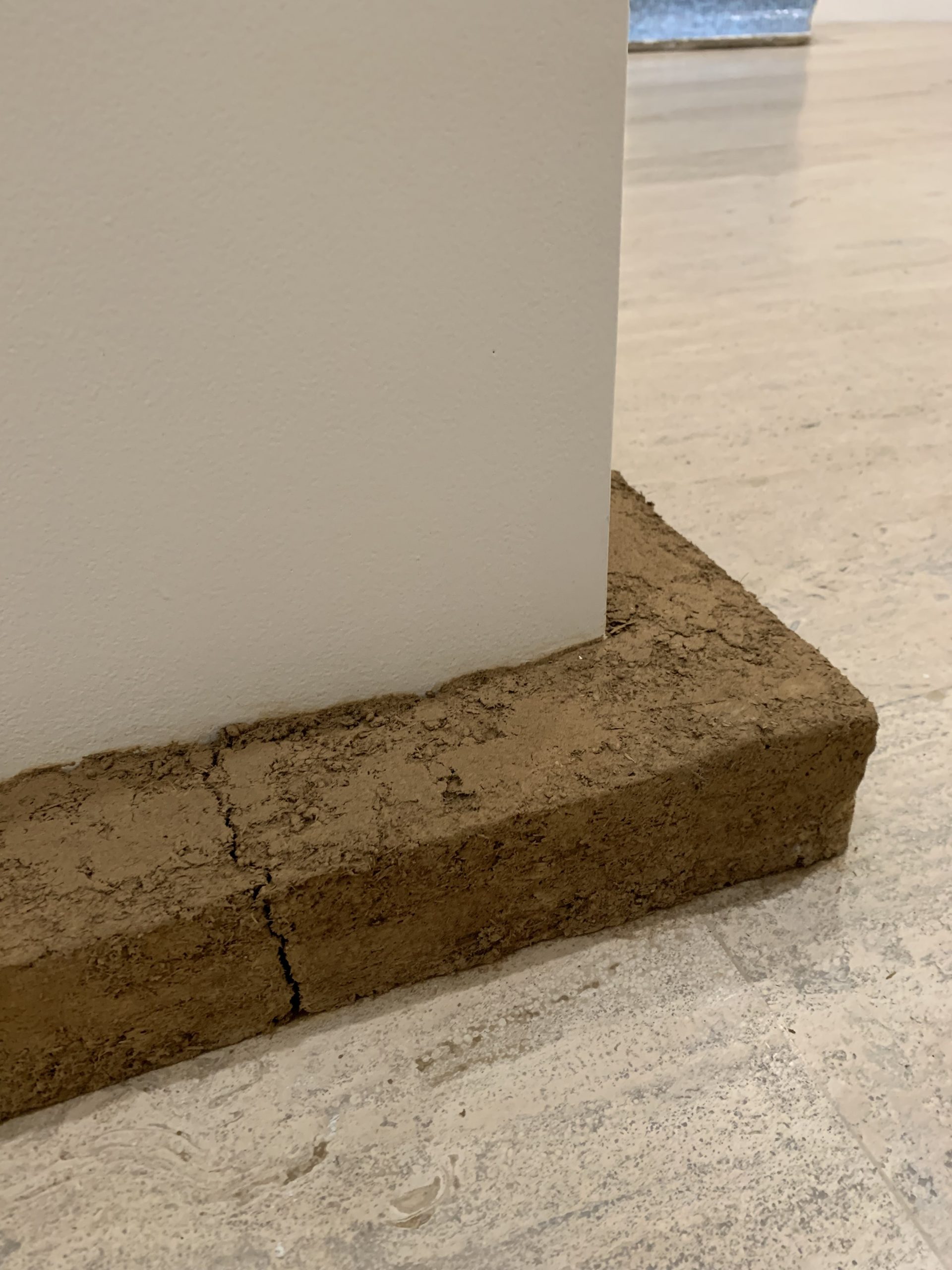 Along with the return of face-to-face activities in contemporary art museums, discussions about the legitimacy of the productions presented in them have also been reactivated. Once again, the dispute revolves around an essential question: what is art and how does it come to be shown in a space of artistic circulation.

In recent weeks, the main trigger of outspoken opinions and controversies was the piece Línea Térmica by artist Sofía Táboas, which opens her show Gama Térmica at Museo Jumex. The piece consists of a plinth made of adobe, about 10 centimeters high, which runs along the wall of the room at ground level and contrasts with the floor slabs and its white walls. In general terms, the discontent in social networks accused the work of being a practical element, commonly used by “basic architecture”, too far removed from technical ostentation and the values of a so-called “universal beauty”.

These discussions are largely determined by the posts’ and comments’ format on social networks. The arguments are presented in limited length and accompanied by ironic play with images, gifs and memes. A glance at some of their contributions immediately reveals the main motivations and dislikes of the detractors of “the contemporary”, as well as examples of what they do recognize as art.

The high points of this essentialist discussion shake the dynamics of the circulation of opinions around art and overflow the boundaries of their usual audiences. Discontents easily find reverberation and reproduce exponentially until they become a grievance of major proportions in the public sphere, among diverse populations and contexts. This stance replicates arguments that call into question the existence of forms of artistic production that, according to the public’s perception, “disguise themselves as art” and have the sole purpose of mocking anyone who comes across them.

Although this text does not intend to argue whether Táboas’ Línea térmica deserves –or does not– to be exhibited in a museum, it does turn the gaze on the phenomenon of public condemnation in the field of art and, with it, try to get some positive outcome from the the perspective of museum work. It’s worth noting that I can only articulate these opinions from my experience, which is marked by its configuration within an institution legitimized by the art system and in the heat of its daily dynamics. 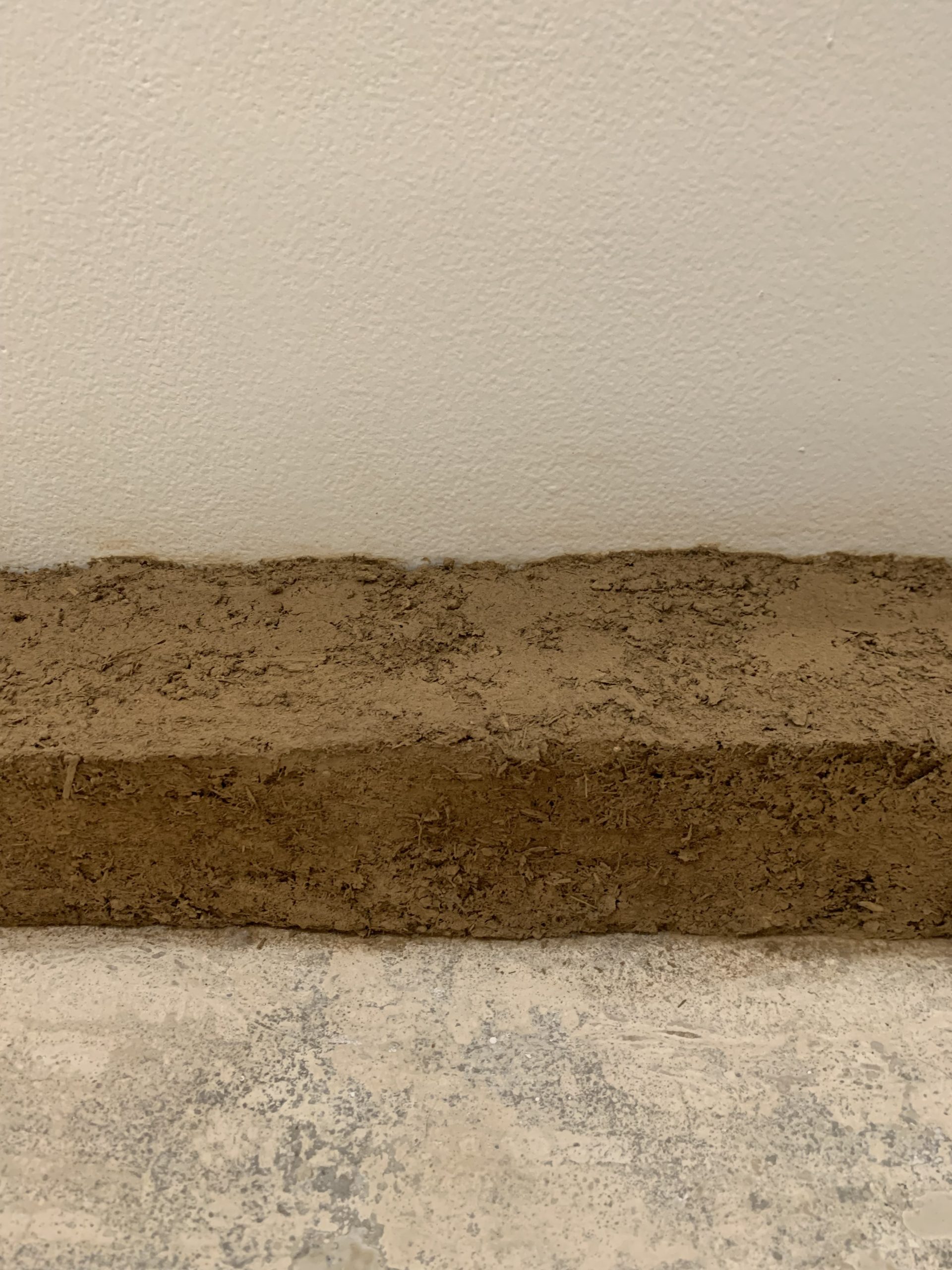 From the institutions point of view, it could be considered that the valuation scheme that denies the historical genealogy of art and its forms of material experimentation, among other things, is difficult to approach from a concrete action. There is also the awareness that the search for some kind of dialogue with this opinion would fail when facing a collective position, which has among its fundamental principles not to listen in order not to be deceived. How to trigger interest in contemporary art in those who abhor it, is this something institutions can, or should, achieve, or, in contrast, is it more viable to focus its efforts on supporting a stable and specialized field that takes its conventions for granted?

It is not common, in discussions of cultural policy, to reflect on possible responses to this paradox. To a great extent it’s avoided because, by even considering doing so, one can easily fall into the dangerous place of enunciation that seeks to paternally “enlighten” those who do not have what it takes to appreciate art and reproduce evaluations of superiority and inferiority in the perplexities of the various audiences.

However, the recurring presence of this elephant in the room opens the possibility of venturing to remove the seal on pandora’s box to try out reflections in this regard. Although these are not conclusive, they are usually identified with the work of what has been called “audience building”. Is it worth asking how to share values and notions that are taken for granted to begin with, and how to do so if we do not want to predispose people to such results?

The interest in contemporary expressiveness usually comes from a gradual approach to its codes, similar to the process of learning a new board game. If you do not know its rules, it is not possible to design a strategy to keep up with the other players. Once you have assimilated its dynamics, you can predict moves, interact with the forces of chance and intuition to enter into a state of understanding, and even fun –although this is not always the case. If it’s the first time you play, achieving fluency in the development will depend on the ways in which you discover how it works, but this is only possible if you decide to pay careful attention and test a new logic of action and reaction.

Going back to the case of Sofía Táboas, it seems relevant to highlight, among the saturation of complaints, some comments that place instant invalidation into perspective. These suggest reading the piece, rather than as an individual object, within the framework of the artist’s other productions. Likewise, this perspective proposes to situate the reading of Línea térmica within the framework of the entire exhibition, which metaphorically addresses the transcendence of our experience as a species with respect to temperature changes and transitional spaces. This reflection is framed within the awareness of the planetary crisis of environmental collapse caused by climate change.

These arguments made me think about their authors. Some of them, active agents of the professional field of art. Thinking about them –and in relation to my own experience– led me to consider their profile and origin. These are not agents who benefit from the capitalization of art; some even suffer from a generalized labor precariousness in the cultural field. If they are not the ones who directly benefit from the commercialization of art, as their detractors claim, how did they approach art and become professionals in the field? I wonder if, for some time now, public policies for the circulation of contemporary art in museums have welcomed, by chance, a few individuals willing to try out the rules of the game. This possibility is enhanced by the availability of professionalization from professional education: are some audiences generated from a slow dynamic of assimilation of “the contemporary”? 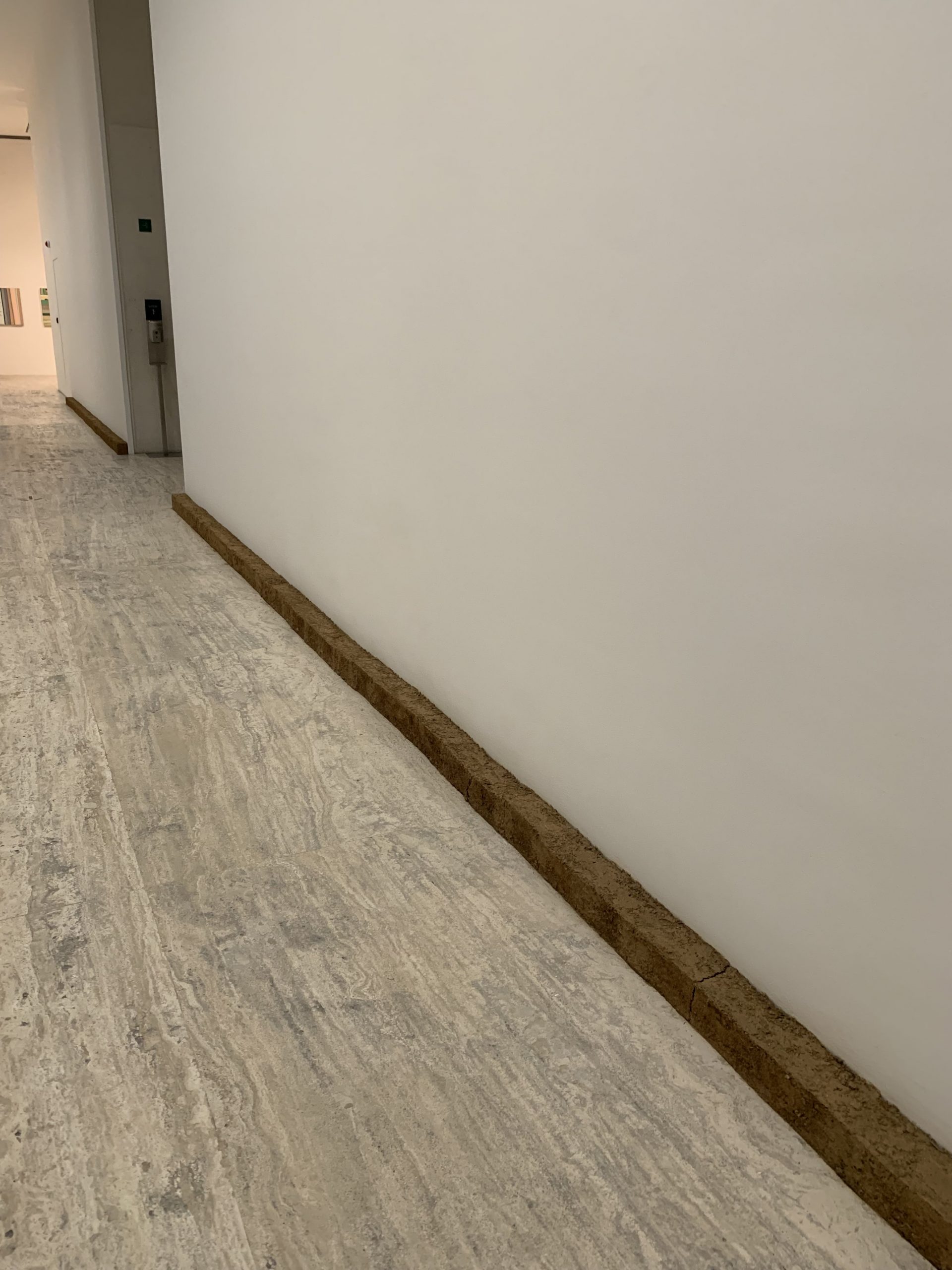 For some time now, the divisions between high and low culture have been in crisis, which is precisely one of the principles that allows for a broad spectrum of contemporary media. Also, this openness is intended to move away from an illusion of consensus in terms of aesthetic judgment, why should we all like the same thing? The lack of interest in delving into the experience of contemporary art is also a symptom of a structural condition that hinders experimentation with sensibility. In a context where the adversity of daily life is pressing, what priority can be given to experiencing a work that requires us to put ourselves in crisis in order to understand it? To what extent can we be aware of this and propose actions from there?

We know that art museums have been in a stage of profound adjustment for several decades. Recognizing their colonial and exclusionary origin implies reviewing their possible fields of action. However, their versatility and openness to the public continue to make them spaces of possibility in the contextual landscape of the present. In that sense, following the approaches of an art that proposes to use the power of creativity to dissolve its limits and apply it to life, it is in museums where one can coexist and be infected by discourses, dialogue and perhaps disagree with them. How do we invite more people to participate this game?