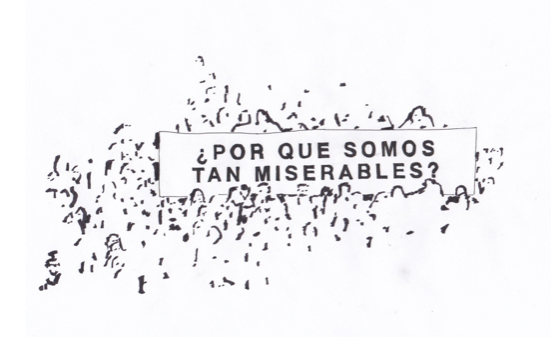 With this text by the writer and critic Heriberto Yépez, we inaugurate a series of opinions on the cultural policies of Mexico’s government regarding a public cultural system in crisis.

The self-called Fourth Transformation (4T) [1] is building its own mechanism of high-culture ideological control. Its objective is to undermine the system created by the PRI party and sustained by the PAN party while maintaining its structural condition: precarious schools, mass media to entertain and misinform, and lower and middle classes barely surviving. The government sabotages social development through mechanisms of exclusion to prevent the expansion of critical masses.

In a country without masses of informed readers and innovators in the arts, high-culture minorities are isolated and become dependent on government support.[2] This condition was institutionalized in 1988 when Salinas de Gortari created Conaculta [3] months after the electoral fraud. [4] This high-culture apparatus to assign economic support to isolated high-culture elites was created to legitimize the regime and to privilege allied cultural elites through the articulation of social and cultural capital.

Already in the 20th century, the mechanism required self-legitimation by partially opening up to combine more exceptional artistic creators with panels, beneficiaries, and projects from the mediocre officialist intelligentsia.

In 2018, the morenista [5] 4T displaced the PRI-PAN as the State operator, including the control of high-culture. It immediately weakened the previous structure, taking advantage and discrediting programs such as the FONCA due, for example, to its favoritism of the elites and quasi-elites of white and whitewashed, patriarchal, official (or semi-official) from Mexico City. The scarce self-criticism of the high-culture sector made it possible for the 4T to prepare another model.

The ideology of the 4T is to present itself as anti-neoliberal. In reality, it deepens neoliberal economic policies: closing institutions, services and social spending (gradually or abruptly), privatization of public money through the allocation of contracts and incentives to entrepreneurs, and the use of remaining funds for electoral-customer purposes. Salinas hid his neoliberalism by calling it “social liberalism”; the 4T calls it “republican austerity”. The 4T replicates the typical neoliberal euphemisms. The 4T regime is crypto-neoliberal. 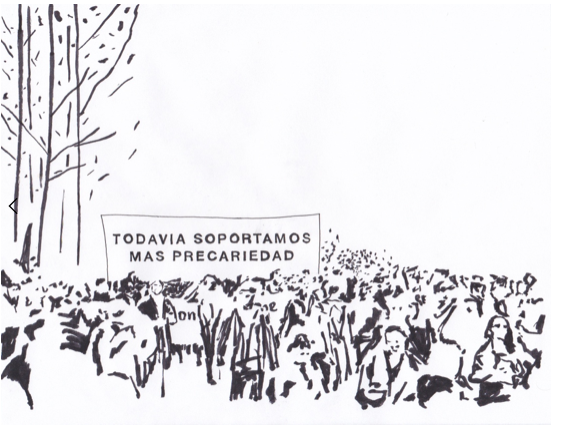 This crypto-neoliberalism promotes precarization, and simultaneously, the chief-ideologist (the president) uses a moralist-populist discourse as its bases employ discourses that range from a leftist presidential approach to right-wing extractivism, in order to cover up cuts, contracts to corporations and an increase of privileges to the 1%.

Another great factor that conforms the cultural policy of the 4T is the replacement of the supposed narco-war by what I will call the supposed narco-peace. In the narco-war, the narco was represented as an external enemy combated by the government; in the narco-peace, the narco is represented as  part of the “people” that should not be disrupted. In reality, there is neither a narco-war nor narco-peace. These are two smoke screens for the administration of drug trafficking.

Crypto-neoliberalism and narco-peace are two transversal conditions that already shape popular mentality, media outlines, and high-culture. In practice, the government favors informative production, distribution, and consumption that conceals, dismisses, and systematically diverts attention from the continuity of the neoliberal narco-state.

Crypto-neoliberalism and narco-peace are accompanied by another factor of global cultural transformation: the field of high-culture that legitimized governments in the 20th century tends to disappear and be replaced by the struggle for information. In this domain, networks are replacing traditions as the epicenter and pantheon.

But as high-culture persists as a membership horizon, government policy alternates between co-opting it and defunding it. In this process, figures like the grant beholder are likely to be absorbed by the contractor. The profile of the artistic agent as an exceptional producer of aesthetic work fades before the profile of an eventual provider of diverse cultural services. The paradigm (retro-left and police-military) of “culture” as “the healer of the social fabric” is part of this neo-liberalization in which culture = resilience.

The previous intellectual-artistic model corresponded to the interests of the Mexican “perfect dictatorship” (as Vargas Llosa called it in 1990): “free” intellectual activity legitimized the regime as “democracy” when, in fact, it was a “class dictatorship” (as José Revueltas called it in 1962). In exchange for this legitimization, the dictadura treated intellectuals and artists with dictablanda [6] (as Enrique Krauze himself called it), who despite working under the coercion of hegemony, did not receive the censorship, persecution, and dictatorial death that dissidents, journalists, and activists did. With high-culture, the PRI performed as a perfect dictablanda (soft-dictatorship). 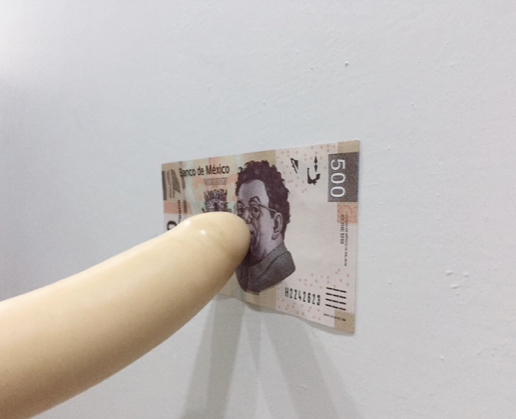 With the arrival of the PAN to the presidency (Fox was an electorally legitimated neoliberalism), [7] the legitimizing role of the intellectual lost relevance. And although it was reacquired with the 2006 fraud, Calderón’s six-year term was the turning point towards the current model accelerated by the 4T: soft treaty dictated towards high-culture fades before an increasingly aggressive policy against all public figures (including residual intellectual lawyers) that hinders the crypto-neoliberal advance.

The soft high-cultural dictatorship could be succeeded by a narco-pacifying policy of vigilance towards all opinion figures. This neoliberal 4T phase continues to push towards precariousness groups that previously could aspire to belong to elites or quasi-elites. On the other hand, this crypto-neoliberalism recruits other subjectivities to its new mechanism of contractors of informative and “cultural” services and, until this first third of the six-year period, integrates “progressive” and “leftist” sectors as its (residual) intellectual front, assigning them positions, venues or presence in networks (regarding their supposed media, activist, academic, artistic or literary work).

In short, in addition to maintaining the economic, educational, media, and ideological conditions that create the separation between high culture and mass culture, the 4T has incorporated three main tactics in the cultural field:

1. To dismantle the previous high-cultural apparatus, diminishing and questioning the need for high-culture grants, ignoring the demands of the sector, discrediting its right-wing leaders, and encouraging aggression against the figure of the artistic creator.

2. Cooperate with the intellectual sector compatible with the 4T (AMLO support patriarchs, 4T feminists, useful leftists, cultural officials, mercenary contractors, and made-up collectives) whose main function is to fight ideologically against the right, while silencing the crypto-neoliberal advance of the 4T itself.

3. To displace the ideological struggle to areas outside the high-culture, where figures other than intellectuals or traditional journalists operate. These new figures range from famous influencers to cybernetic collective activity. Production, authorship, and works are here irrelevant in the face of networking, issues, and campaigns. In this new sphere, there is no longer a desire for high-culture “autonomy” but rather a desire to connect as an information agent of the business and government cartels. Commentary, editorials, dissemination, popularity are the preferred modalities of this sphere of neo-ideologists. It is very likely that this is where contracts, supports, institutionalization, discretion, and privileges will flow.

This third tactic will be the most active. The two previous ones seem to relate only to the administration of the residual high-culture apparatus. The majority of the high-culture field (artists, writers, filmmakers, musicians, as well as mediators-editors-curators and readers) pay more attention to the first two tactics (to criticize or take advantage of them). But the third tactic is the main ideological transformation of this neoliberal phase.

Because of their populist character (and the cyber-world scene), the regime’s new ideologists tend to be post-literate figures composed of comentócratas [8] within social networks, pro-4T websites and in media segments (governmental or oligopolistic), YouTubers, pseudo-activists, content creators and pundits. The old figure of the intellectual (from print media) is replaced by that of the influencer. The reader, by the follower. The 4T shares this panorama with the ultra-right (national and global) and the supporting alt-right. Both of these viral opinions, in reality, are variants (still emerging) of the corporate-government shelter of both “opinion leaders” and influencers (post-literate) and of bots and trolls.

We are living a transformation of the profiles and functions of the ideologists of the economic-political cartels that fight the neoliberal power. And as a consequence, we move from ideologists coming from high-cultural fields whose function was to legitimize the capitalist dictatorship (hiding and diluting popular discontent) to ideologists within viral cultures (exploiting popular discontent) whose function is to slow down the very consciousness that “government” and “opposition” are two sides of the same neoliberal coin. Currently the vast majority of “left” and “right” critiques are complementary counter-insurgencies.

Neither the discussion of support for high-culture nor the development of modes of anti-capitalist cultural resistance can take place without understanding what I have summarized here: the history and strategies of the neoliberalization of culture today.

"38th Annual Exhibition" at Otis College of Art and Design