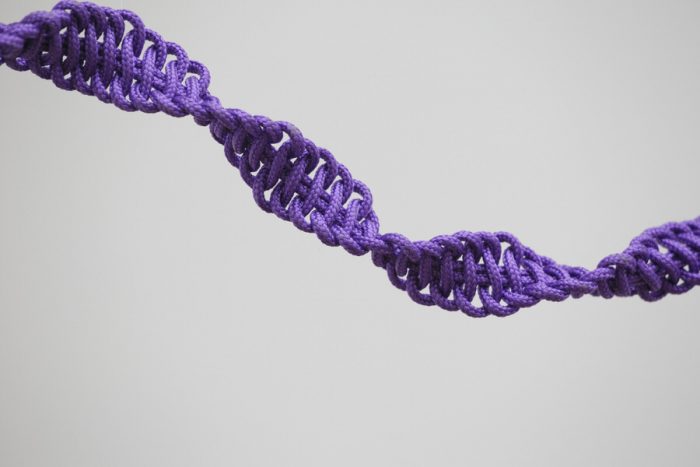 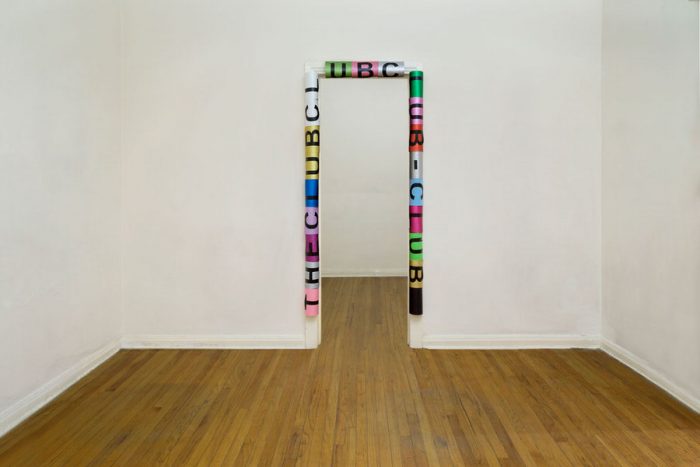 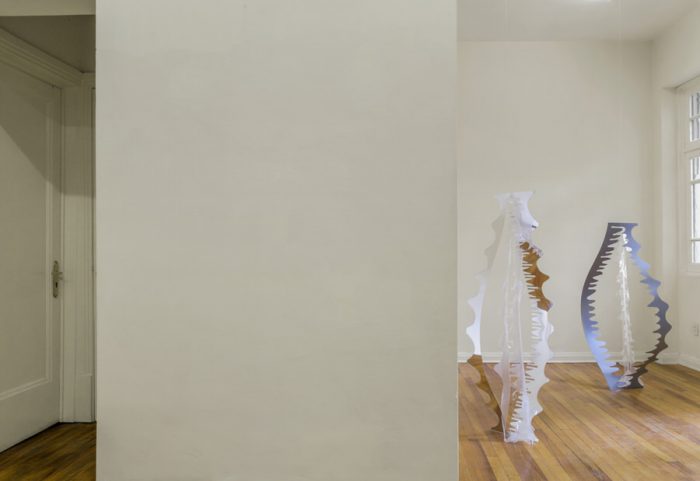 The abolition of the manifest and the latent, the appearance and the hidden?… If it were asked of analysis not to destroy power (or even correct or to direct it), but only to decorate it, as an artist?
—Roland Barthes, A Lover’s Discourse, 1977

What is a communication system? In the work of Víctor del Moral and Miriam Laura Leonardi, we discover language not by traditional means, but rather as a response to space. Why should there be objects called “art”? Moving images, door frames, sound, and sculptural letters exist in this exhibition as likely reflexions of letters placed in front of an object.

Even though we are surrounded by words and terms, the conversation we can witness is almost a silent one. The self and the other activate the machinery of language like a gearbox. On the ground floor, Del Moral portrays excesses–Anuses over anuses (2019) and Anus on itself (2019), two works that are a result from the mania of repetition. Anus, crisis, tongue—exercises that transcend the body in a space and are transmitted back to the body in the shape of the most basic functions. As the other side of the mirror, the upper floor is where Leonardi upholsters door frames. But what is the actual use of a door? A passage and a decision. The Angst Club (2019), The Only You Can Comment Club (2019), The Club Club Club Club (2019). A video entitled Michèle (2019) accompanies this tapestry of words while The Entertainer is played in a continuous loop on piano in an empty theatre. A painting, the warning Ce produit est victime de son succès, and its incomplete reading due to the lack of cc. We can read a series of invisible messages with our bodies, as the verbal expression of these messages is contained in the piece itself. We don’t need another hero.

Contiene lengua is an exhibition including language flexion and disaggregation exercises, as if no word could carry within the emotions it intends to convey.

Miriam Laura Leonardi (Lörrach, Germany, 1985) lives and works in Zurich, Switzerland. She is currently a resident artist in Gasworks, London. Some of her recent exhibitions include: Oh lala Cookies! at Bel Ami, Los Angeles; Help in the Search!, Fri-Art, Kunsthalle Fribourg. Her next exhibitions are: Contiene Lengua, Aguirre, Mexico City; The Gift, L’ascensore, Palermo; and March at Maria’s at the Maria Bernheim Gallery, Zurich.