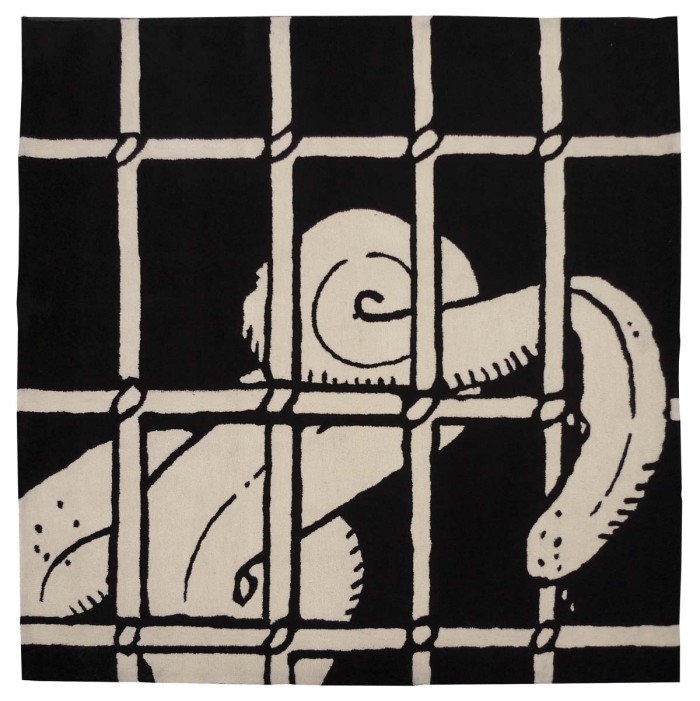 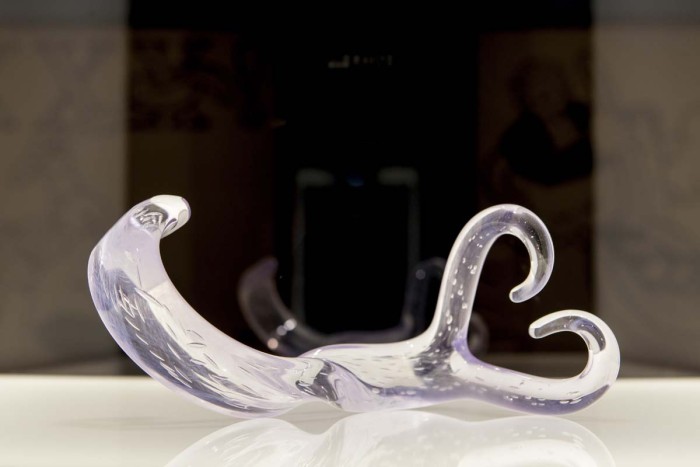 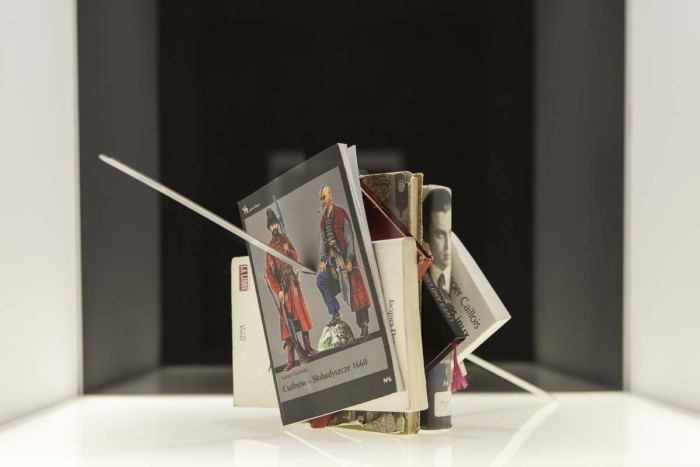 Slavs and Tatars, founded in 2006, is an art collective whose installations, lecture-performances, sculptures and publications contemplate otherwise little-known affinities, syncretic ideas, belief systems and rituals among peoples of the Caucasus, Central Asia and Eastern Europe. Pursuing an unconventional research-based approach, the group identifies the “area east of the former Berlin Wall and west of the Great Wall of China known as Eurasia” as the focus of their multidisciplinary practice. In their most recent cycle of work, titled Long Legged Linguistics, the group has investigated language as a source of political, metaphysical and even sexual emancipation. With their trademark mix of high and low culture, ribald humor and esoteric discourse, the collective addresses the complex issue of alphabet politics—the attempts by nations, cultures and ideologies to ascribe a specific set of letters to a given language.

“The Dallas Museum of Art is very pleased to be one of the first U.S. museums to present the work of Slavs and Tatars, an international art collective shown in museums and biennials around the world, as part of our long-standing Concentrations series,” said Maxwell L. Anderson, The Eugene McDermott Director of the Dallas Museum of Art. “For more than 30 years, the Museum’s Concentrations series has showcased large-scale installations of over 50 emerging artists, making the work of contemporary artists more accessible while also continuing the DMA’s distinguished history of presenting the art of the present.”

For Concentrations 57, Slavs and Tatars present Love Letters, a series of 10 carpets based on the drawings of Russian poet, playwright and artist Vladimir Mayakovsky (1893–1930). Mayakovsky initially worked on behalf of the Bolshevik Revolution, lending his talents to give voice to the Russian people at a time of great social upheaval and reconstruction. But as the revolution changed its course, Mayakovsky—known as the “people’s poet”—became extremely disillusioned and could not forgive himself for being complicit in Joseph Stalin’s ruthless rise to power; he ultimately committed suicide at age 37.

Through caricature, the carpets depict the wrenching experience of having a foreign alphabet imposed on one’s native tongue and the linguistic acrobatics required to negotiate such change. In particular, the carpets tell two parallel stories: that of Vladimir Lenin’s forced Romanization of the Arabic-script languages spoken by the Muslim and Turkic-speaking people of the Russian Empire, and the 1928 language revolution of Mustafa Kamal Atatürk—Turkey’s first president—in which the Turkish language was converted from Arabic to Latin script. Accompanying the carpets is an audio piece of 15 odes to letters which are no longer in use, Love Letters to Vladimir (2014), produced specifically for the DMA installation, as well as three sculptures from the artist’s Long Legged Linguistics thematic series.

“Through humor and a disarming mix of high and low culture, Slavs and Tatars have the unique ability to make topics that seem foreign or historically distant feel not only approachable but incredibly timely and pertinent to our daily lives,” added Gabriel Ritter, The Nancy and Tim Hanley Assistant Curator of Contemporary Art. “For the current presentation at the DMA, the artists have taken up the complex issue of alphabet politics, exploring how, in their words, the ‘march of alphabets has often accompanied that of empires and religions.’”