How to Support Others When Great Support is Needed: Warm Letter to Colleagues and Friends

Given the precarious circumstances that afflict the cultural sector in the city of Guadalajara due to governmental irresponsibility, curator Lorena Peña Brito reflects on the possibility of collective care in the face of the crisis exacerbated by the pandemic. 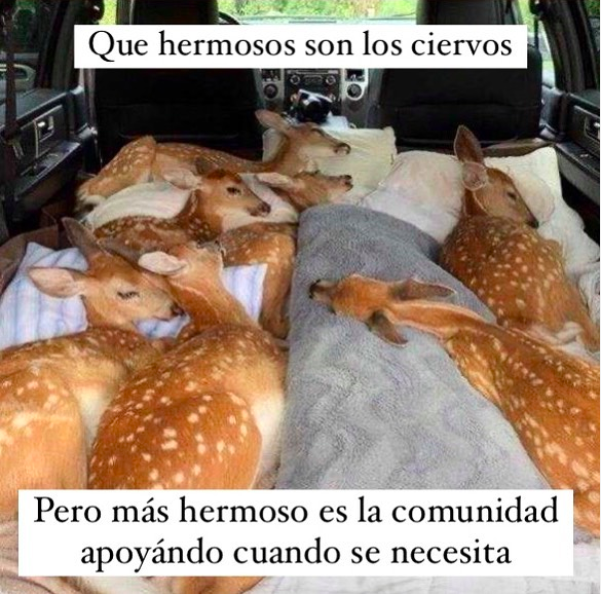 Upon receiving Terremoto’s invitation to participate in this Opinion section, I immediately thought that institutional criticism in itself seemed insufficient to me. As I was saying to a colleague recently, I have neither voice nor the strength (for now) to complain. I am more eager to spend my time satisfying my thirst for other paths and possibilities. I am not saying that I am correct, the criticism is urgent—prevailing, the cry and the denunciation, the anger—but part of the process of staying upright and fighting is also finding the moments of joy and connection. For me, after almost a year in confinement distanced from everything and everyone (since I am asthmatic) and after a little more than 12 months of the pandemic, those moments of containment are urgent for me.

In terms of culture, the outlook in Guadalajara is not very encouraging. The reason why I go through some situations and disagreements here is with the intention of summoning my colleagues and friends to write; to show what is hardly recounted, the situation in which we find ourselves, and to invite them to tell their perspective by the mere fact of speaking out and leaving antecedents on our desires for the different.

How to support others when you need great support? I elaborate this question taking as a starting point Mónica Hoff’s method of reflection: when she asks herself how to teach what she wants to learn, she is doing an exercise of connection and empathy between all the people involved in a pedagogical process beyond the bilateral, included and crossed the body and the desire of those who give themselves to educational work. When I think of the difficulties that colleagues are going through during the current crisis due to the pandemic, and of the urgency to provide us with support, it seems urgent to me to recognize and make visible our own urgencies for help as well. 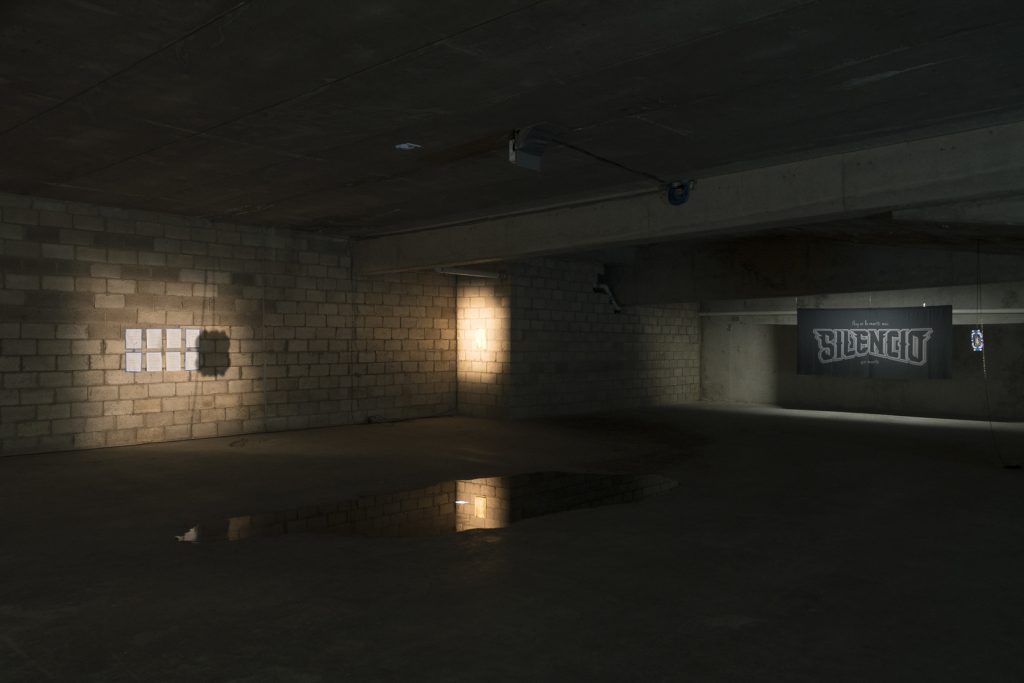 The cultural journalist Alejandra Carrillo is one of the very few voices that have addressed the issue of museums and cultural spaces governed by the Directorate of Culture of Guadalajara. From the current administration under the municipal presidency of Ismael del Toro, spaces such as LARVA, the City Museum, the Raúl Anguiano Art Museum, or the López Portillo House Museum have not only destabilized their vocations but also reduced their programs to a minimum. The work that previous directors did in the construction of solid lines of research and appropriate educational programs, was lost due to the lack of resources and their scarce communication strategies—they do not even have their own individual website. It is difficult to imagine that in these circumstances they could be responding to the communities that they used to attend and promote, or to the public that they convened for different programs, parallel activities, and meetings. Not to mention the lack of response of these institutions in terms of the creation of specific programs regarding the pandemic, the reinforcement of the social fabric, or addressing the difficulties that fellow artists and cultural managers are going through. I wonder, what urgencies and concerns are they noticing? What voices do they respond to? In what way, and with which alliances, are spaces like these working?

Last year, Cultura Jalisco suffered a reduction of 221 million pesos, the largest in its history, with which spaces, state programs, and their work teams have suffered deeply. A crisis that is exacerbated due to pandemic distancing. All of this has hit a large number of cultural workers who lost their income opportunity. On February 2 of this year, the Independent Network of Cultural Agents of Jalisco (RIAC for its acronym in Spanish) published a letter addressed mainly to Enrique Alfaro, Governor of the State, in which they denounced the lack of protection of cultural rights in the entity and the situation of abandonment in which a huge number of cultural workers have been unable to meet their basic needs of food, health, and housing. In this letter, the RIAC also demands a solution and reveals its own actions. It is worth mentioning that the network, in collaboration with the current Dispatch Manager, Susana Chávez Brandon, has managed the delivery of food pantries and psychological help for affected people. Likewise, the February letter mentions ongoing collaborations that the RIAC maintains with the State Council for Culture and the Arts (CECA for its acronym in Spanish), among other institutional bodies in the field of culture. However, CECA is another destabilized institution. On February 26, a note was published in which some members of the Board request the resignation of its current President, Daniel Suarez, due to his poor performance and for omitting proposals from the directors. He, in turn, calls for the removal of two members of the council. 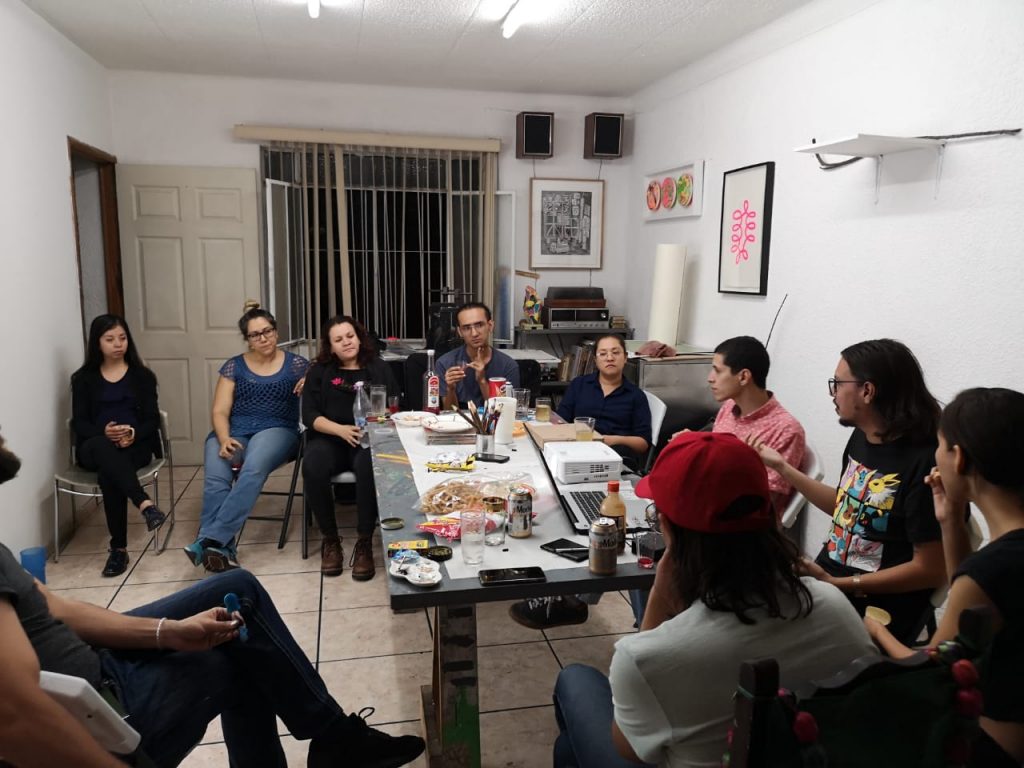 The convulsions suffered by both the CECA and the Directorate of Culture, we have to add the recent resignation of the Secretary of Culture of Jalisco, Giovana Jaspersen, apparently in response to the budget decrease. The letter was published on January 27 on her Twitter account and since February, Chávez has been in charge of the office without confirming who will be in charge of the Secretariat. In these circumstances, I am wondering who and under what conditions would dare to take it.

On the other hand, projects that have been carried out are clarifying to me about the situation that artists go through from different points of cluster and from different generations. Just to mention a few cases in the field of contemporary art, the efforts from the self-organization of artists to hold the Instantánea exhibition in the old Kodak factory under the curatorial management of Geovana Ibarra in January of last year; the collective exhibition 20/20 Afinidades Electivas at the Torre Américas 1500 in November 2020. The group exhibitions organized by Hiram Constantino through his project Otro Espacio in a nomadic and collaborative way, or those organized by Espacio Cabeza that together with Casa Vidrio promote the conversation between emerging artists. Likewise, there are initiatives for dialogue and construction of memory through podcasts such as Voz Floripondia and Dominio Público. All these projects open up questions about what motivates the need for artists to self-organize in the production of exhibitions—that include them and show their research, reflection, and production processes—according to their tools and possibilities. But above all, I wonder about the impact that the limitations of operation, attention, and response of museum and cultural spaces are causing in some of the most proliferating, reflective, and purposeful generations of artists. Unfortunately, and for different reasons, which do not fit in this text, this moment of artistic effervescence is going unnoticed by audiences, public officials, and cultural policies. 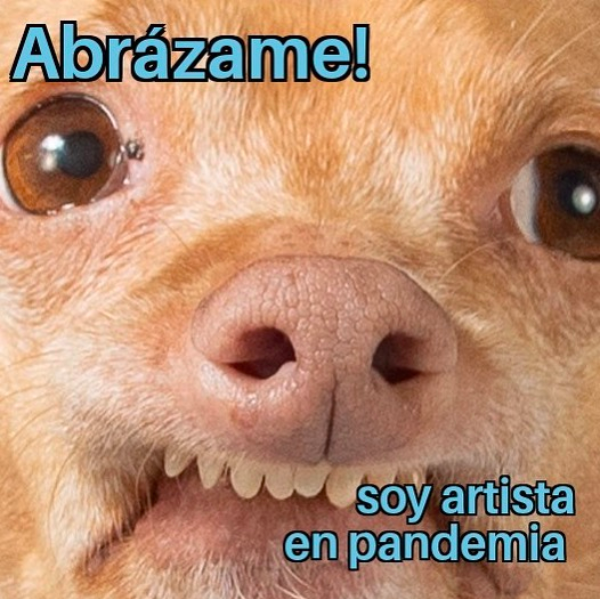 We are all going through a series of extraordinary difficulties at this time: emotional, health-wise, financial, and professional. Since the beginning of the pandemic in Guadalajara, within PAOS, a self-managed project for the promotion of artistic and cultural production, we have fought to accompany each other, first, emotionally, and then, to keep the project afloat by protecting the team in any means possible through financing strategies that are in full swing. Personally, I have tried to take care of my work, despite being confined, because it is the only fixed income I have to eat. Beyond the individual, we have given ourselves the task of rethinking, not enough, who could be needing us and whom we need.

But after this necessary exercise of thinking about your own needs and those of others, I believe that it is crucial to know the different perspectives of different cultural agents. I wish we could demonstrate and lift the letters. What are the main problems we have to fight against? How do the economic crisis and the budget cut to culture affect us in the context of the pandemic? What kind of support do we require? Who do we think of as we try to move forward professionally and who do our positions serve? What are we afraid of? Where do we put our hope? What alliances do we seek to build? And especially, how does this relationship between art and life intersect us?

With much affection and crossing my fingers so we meet in writing, serve this space to affectionately invite:

And anyone else who wants to join this conversation.