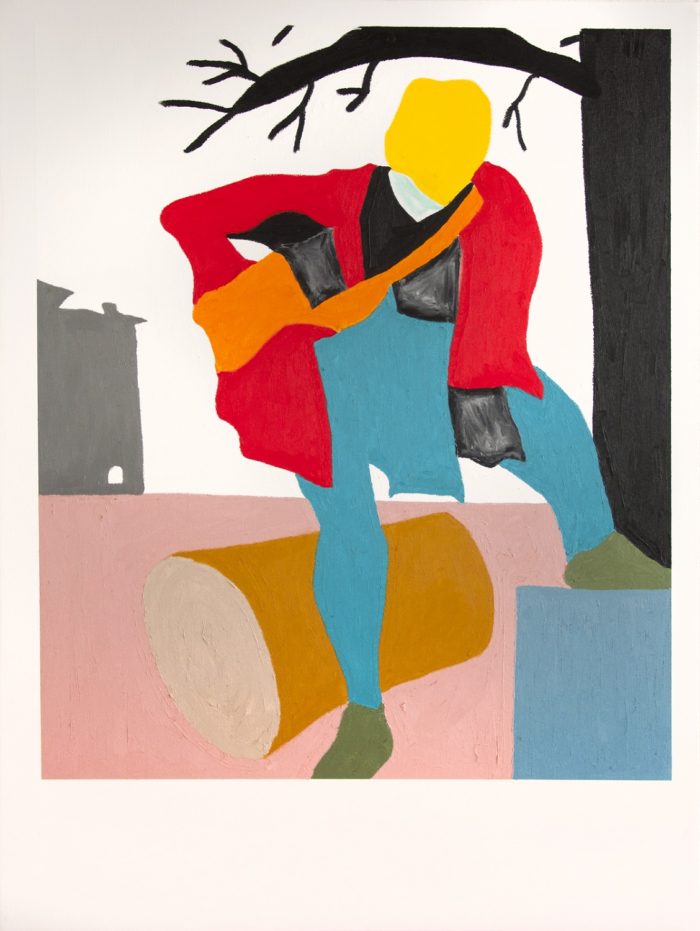 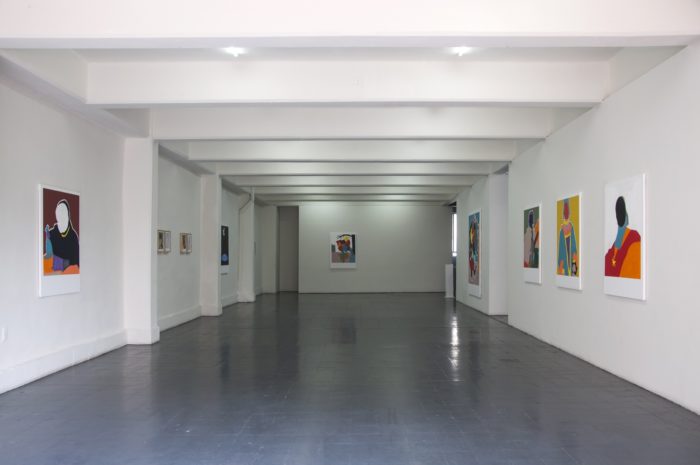 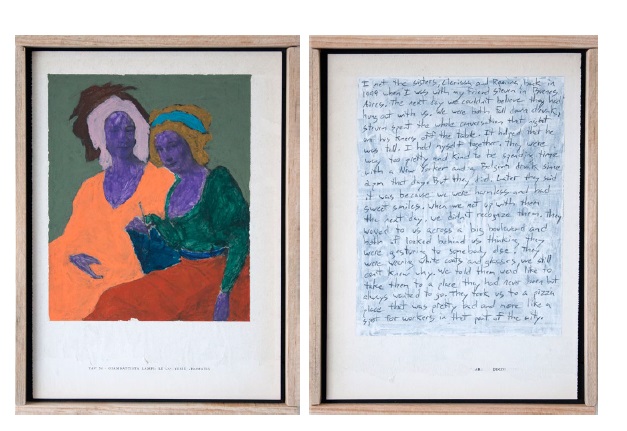 The etymology of the word phantom eventually goes back to the Ancient Greek phantasma “to make visible” and from phantazein “to display,” from stem of phainein “to bring to light, make appear,” from the root bhā-, a Proto-Indo-European root meaning “to shine”. At some point, it took on the spooky sentiment it currently still has. A ghost. Unreal. It is the ancient origins that hold Breslin’s interest. In it there is a conjuring. There is something that is revealed or made visible. Something that already is there. Breslin’s portraits that compose this exhibition can be described in the same ways. The title of the show references a few of the characters he created. They all started as someone painted hundreds of years ago (via a found book on 16th century Italian painting) and became someone and something else. Color and form takes precedence. Breslin started writing about the characters he painted on paper and then let them appear. The stories are background material; something like a conversation in a dream that affects the waking day –this shining– they serve as possible narratives to the larger works on canvas. These paintings, in their inexact mirroring of the smaller works on paper, manifest new realities.