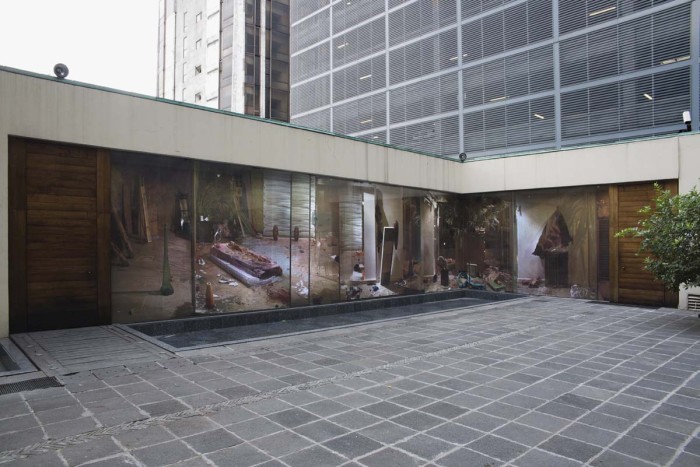 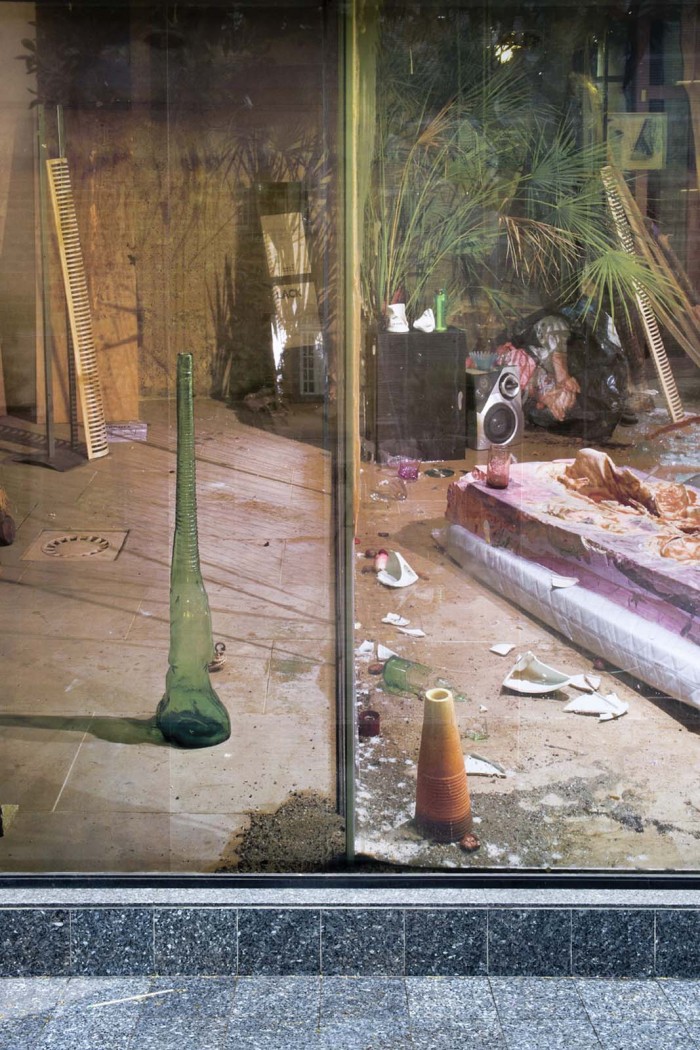 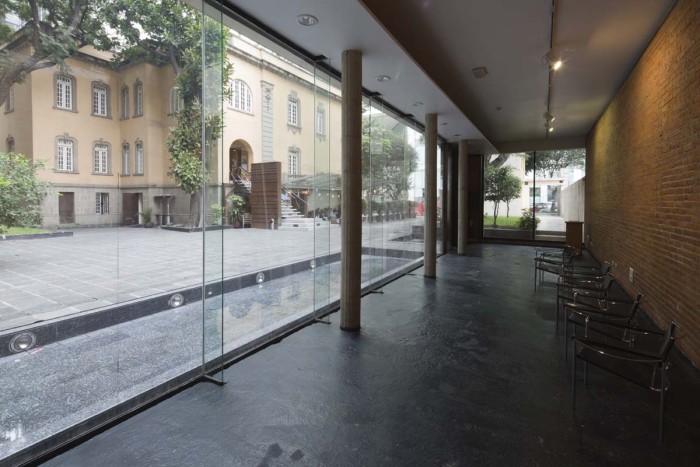 In the past few years Emmanuelle Lainé has developed installations that mix actions on site, premeditated gestures, and trompe-l’oeil images, proposing to consider the studio as a conceptual matrix of production, emancipated from its physical, almost domestic dimension. The exhibition spaces that host her artworks are studied previously, with the objective of maximizing the alteration of the characteristics of the space through simple techniques, but visually spectacular. The installations mix photos of spaces with physical elements, that are not clarified as part of the artwork, adding to the impression of  general chaos, and materializing indirectly the presence of the artist. The works of Emmanuelle Lainé engage boldly with the space, considering the workshop and the exhibition space as mediums in and of themselves. Making here is intended as a way to produce thinking, connecting her work to current debates about “post-workshop” artistic practices. For Lainé, photography is a tool like any other, which allows her to actualize the problematics linked to traditional artistic genres such as the still life or baroque painting,  with its collections of out-of-scale objects and complicated perspectives.

For the exhibition at the Casa de Francia, the artist decided to play with the possible confusion between the gallery space and another exhibition venue in which she realized – and documented – an installation three years ago, at les Ateliers des Arques, an artistic residency program in a small village southeast of France. One might think, in a blink, that the IFAL gallery is really full of objects, considering the extreme precision of the monumental photography covering its entire windows, photograph taken by André Morin, a well-known French exhibition photographer with whom Lainé often works. But soon, the trompe-l’oeil hypothesis disappears to be replaced by a more ambiguous  interaction with the viewer. Albeit extremely legible, thanks to its high resolution and realism, the image remains very complex. It is polluted by various phenomena happening in the space itself and that pull the image from being a simple representation, back into the field of sculpture : the reflection of the spectator, the light variations during the day, the glittering of the water in the small pond in front of the gallery. Lainé proposes that the viewer literally turn “around” the gallery, envisioning the exhibition space as an object itself.

The versatility of the production/exhibition place is affirmed as one of the essential aesthetic dynamics in Lainé’s practice, who also tries to challenge the institution and question the gallery or the art center as a public place and generator of interactions. In this way she plays with the incandescent or anecdotic, and works between the various protagonists that practice these spaces. These public interactions are affirmed by Lainé as definitively political, approaching current philosophical debates about notions as transparency, access or privacy. Revealing an anthropomorphic relation, almost amorous, to the studio, Lainé’s shattered landscapes can be imagined as relics of a crime of passion, originated by the encounter of the artist, the spectator, and art itself.