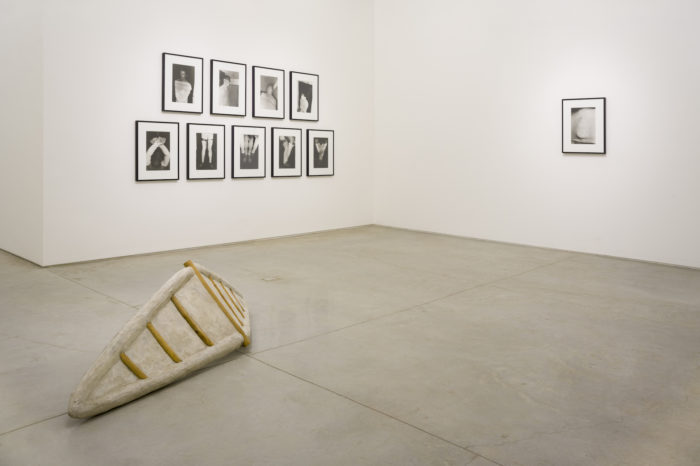 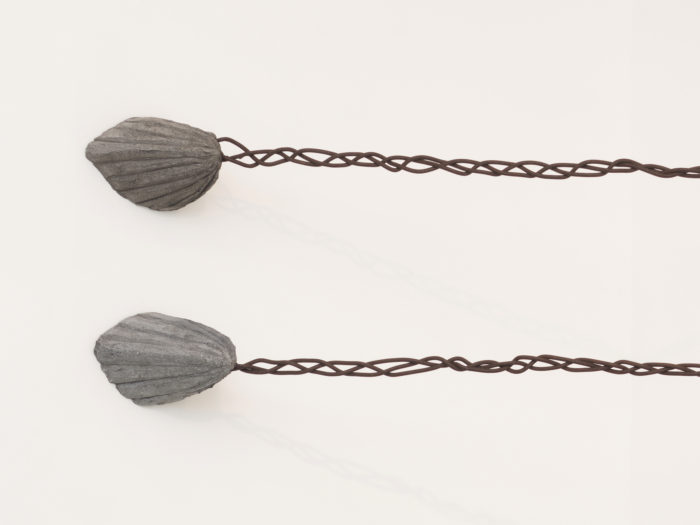 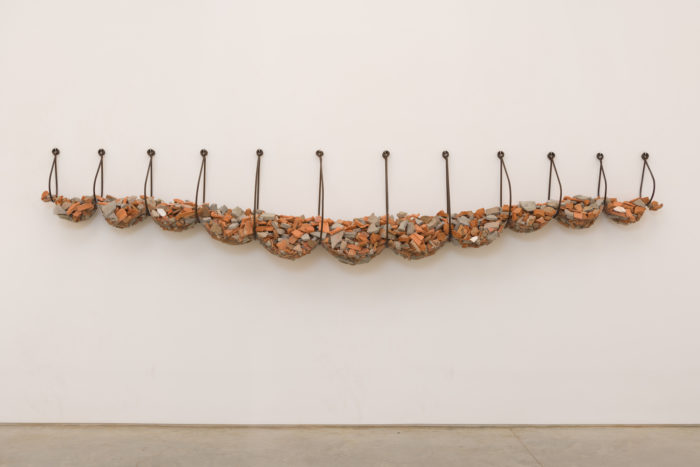 Carpintaria, Fortes D’Aloia & Gabriel’s venue in Rio de Janeiro, presents Corpo e construção [Body and Construction], Ivens Machado’s first gallery exhibition after his sudden passing in 2015. The show presents six sculptures made from 1991 to 2005, a photo tryptic from Performance with Surgical Bandages, 1973, and a series of photographic records of said performance, recently recovered from the artist’s negatives.

Ivens Machado used raw materials from the construction industry, such as concrete, steel beams, and wood, handling them in such way as to reorganize the codes of conventional sculpture. His pieces articulate social and sexual tensions as they approach subjects like violence and repression, themes that proved to be controversial during his career, especially during the military dictatorship in Brazil. His sculptures materialize a precise and straightforward syntax that gives voice to forms themselves, letting the reinforced concrete, wire mesh, and broken bricks unveil layers of meaning beyond their surfaces. In Untitled (2005), at the first exhibition room, concrete dilates in an angle wider than 90º, locking itself up in bold edges embedded by shattered shingles.

Part of a generation of artists who succeeded the Neoconcrete movement, Machado chooses an aesthetic journey which is aside from the art scene from the 70’s, notably defined by political arguments and affiliations to groups and movements. The rawness of his shapes come out, however, as digestion of the constructivist inheritance to a third direction, strongly author oriented and very close to the bone. The excess and exuberance of his shapes establish relationships between corporeity and construction, flesh and cement. The Untitled piece (2001)—which occupies one of the front rooms of the gallery—holds a close relationship with the public sculpture originally produced by the artist for Largo da Carioca’s surroundings, in the center of Rio de Janeiro, in 1997. In a later moment of his journey, Ivens archway highlights the coherence and formal rigor with which his work develops throughout more than four decades.

The series of photographs Untitled (Performance with Surgical Bandages) (1973-2018) also underlines the articulation between body and sculpture. While covering parts of the body, the white bandages highlight its shapes as they cut the subject (the artist himself) in parts. Arms and legs appear to be detached from the body and face, which is covered at one point, and defiantly stares at the camera at another. The performance refers to a moment in art in which the investigation of subjects connected to the body in video, photography, and performance seems to be a central element in the research of many artists. Here, the artist forges his body as an experimentation field, allowing connotations of pain and deprivation. The choice of gauze as a performance device allows for various keys of reading, referring to pain both in a physical (self-flagellation) dimension and in a metaphorical (alluding to military and sexual repression) dimension.

Ivens Machado (Florianópolis, 1942 – Rio de Janeiro, 2015) starts his career in the 70’s with a work which develops into drawing, sculpture, painting, and video. After a period of difficulty related to health problems, the artist starts working with Fortes D’Aloia & Gabriel in 2014, but unfortunately can’t finish his first solo show at the gallery in time. The present exhibition was thus produced in collaboration with the recently created Acervo Ivens Machado, coordinated by Mônica Grandchamp. This first exhibition sets the beginning of a work journey which seeks to carry on the legacy of this great artist, with a very unique trajectory.

In collaboration with Acervo Ivens Machado.