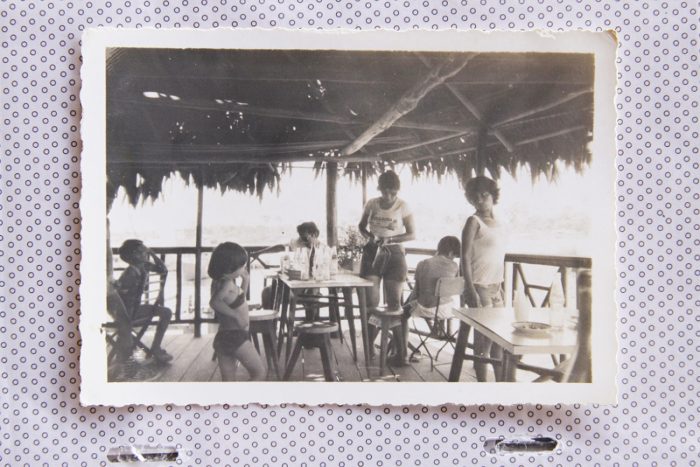 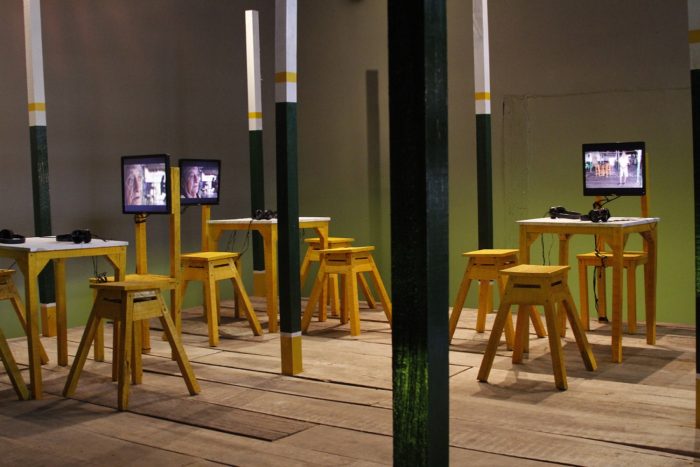 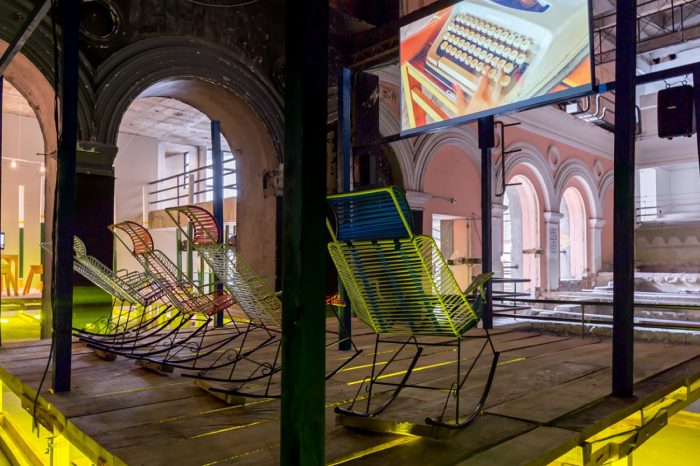 In his first appearance in the film Fitzcarraldo, Huerequeque drunkenly offers to be the cook and boat guide of the rubber expedition. Herzog initially met him while filming Aguirre, the wrath of God and decided to include him in his next feature. Unintentionally, Huerequeque ended up representing himself. After the fame and acknowledgement that came with Fitzcarraldo, Enrique (Huerequeque’s given name) became an actor and in the process became his character, Huerequeque. The image Herzog presents of Huerequeque ends up defining him and ultimately overshadowing Enrique.

Felipe Arturo met Huerequeque on a trip to Iquitos where he arrived looking for tales of the jungle and specifically the stories related to rubber extraction and the cities and memories that that boom left in its wake.  As any visitor to Iquitos, Arturo came upon Enrique because of his role in Fitzcarraldo, instead, he found a unique narrator of the colonized jungle. Someone who, much like Herzog or José Eustasio Rivera (author of The Vortex), creates a narrative out of this unknown and fascinating world in which myth and reality are cast together.

Much in the same way as reality and fiction intertwine in stories about rubber exploitation and its horrors in The Vortex, Huerequeque’s memory and blanks serve to narrate the experiences of the Amazonian settlers in the region’s most recent history. And, as with the renowned novel, the stories told by Huerequeque serve not only a literary purpose, but also as historical documents. In this case, the documents are the chronicles of the life of a jungle settler who from his personal experience sheds light upon the cultural, political and social history of the Amazon. Huerequeque has translated his life experiences into poems and stories that he tells in his bar in Iquitos —a port in the Peruvian jungle that prospers and declines with each new depredatory boom.

It was in this precise bar where, in the lapse of five years and three different trips, Felipe Arturo listened to Huerequeque and the tales of the Amazon and its colonization. He heard stories such as Oro in which Huerequeque talks about falling prisoner to the still existing practice of “debt peonage” in a gold mine and how he was able to buy his own freedom through a card trick. Arturo also heard the poems Amazonas and Depredación about the grandiosity of the jungle, its beauty and its power, as well as how it is harmed by those who seek to colonize it. He found tales such as Chola fiel and Indio malo that talk about the relations of gender, power and race that have persisted throughout the history of colonization.

This version of the “Huerequeque Bar” is the mise-en-scéne of the shared experience between Felipe Arturo and this character. Here, as in Iquitos, one can hear the stories of the jungle from the unique voice of a person who has lived them.

The exhibit consists of a publication that brings together all the poems and stories of Huerequeque, a site-specific installation of the bar itself in which visitors can watch and hear footage of Huerequeque’s tales, as well as his experience, and finally H, a video-essay created by Arturo about his own experience in Iquitos alongside Huerequeque.

This installation is a way to dive into the Peruvian Amazon. It is ultimately a theater where reality and fiction are cast together through the chronicles of Huerequeque, which are memories of a personal experience and also documents of a shared history that narrates the processes through which the imaginaries of the archetypal Amazonian jungle are constructed.