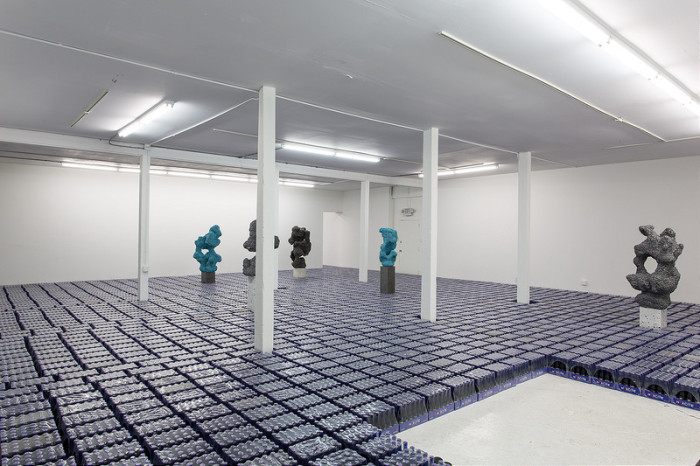 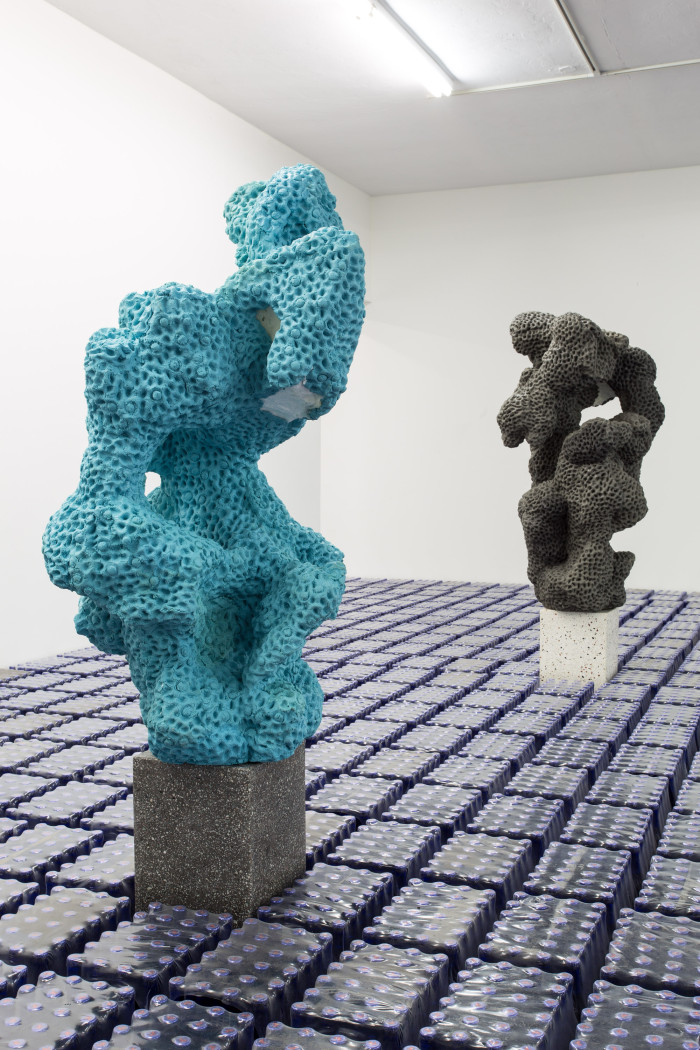 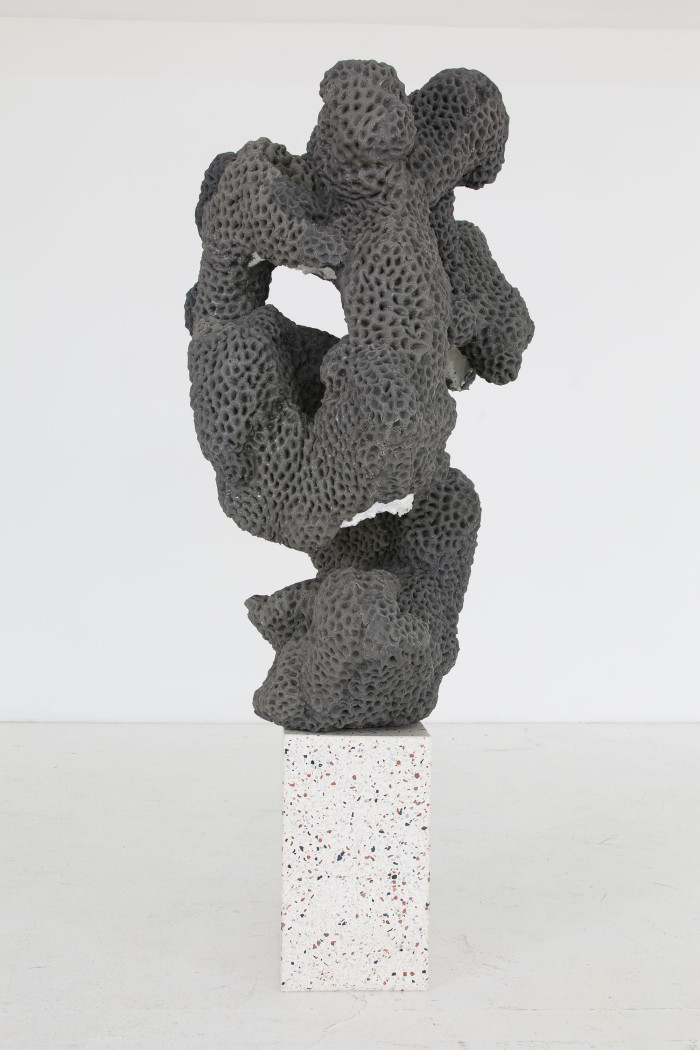 Gallery Diet is proud to announce Bad Soda / Soft Drunk, Nicolas Lobo’s second solo exhibition in the gallery. Lobo presents a series of new sculptures formed from napalm and play-dough within a gallery space drastically altered by 69,000 bottles of Nexcite, an obscure brand of energy drink marketed for its aphrodisiac qualities.

Known for his consideration of the invisible forces surrounding object culture, Lobo has orchestrated the shipping of several truckloads of Nexcite from a disused building in Miami’s Opa-locka neighborhood, where pallets of the windex-blue beverage have languished for a decade. Presented as a raised floor built from the original 24-packs, the installation evokes at once a stage, an archaeological dig, and an interior mall plaza—completely subsuming the gallery floor and casting a phosphorescent blue light on the white-cube space. Surrounded by this sea of chemically altered sugar water, a select number of Lobo’s napalm sculptures emerge in elegant formation. These works engage both the millennia-long tradition of Chinese scholar stones and, through their construction materials (Styrofoam and gasoline), the contemporary matrix of aesthetics and ethics concerning chemicals and their usage. As such, Lobo has transformed the Miami gallery into part Chinese rock garden, part lifestyle brand excavation.

The exhibition, open for two weeks only, is but a temporary pause in the lives of both the sodas and the sculptures. This project continues Lobo’s ongoing interest in how an artist can control the systems of production, distribution, and consumption surrounding objects both mass-produced and created by the hand. The engagement with a failed energy drink comes out of past work with cough syrup and an overarching awareness of materials that, like art, can drastically change our emotional and perceptual properties if marketed correctly. These psychophysical distortions are key not only to this exhibition, but also to the artist’s practice of late.

Nicolas Lobo was born in Los Angeles. He graduated from the Cooper Union in 2004, and lives and works in Miami. He has exhibited widely, including MOCA, North Miami; the Miami Art Museum, Marlborough Chelsea, Lisa Cooley Gallery, and Invisible Exports. He is represented by Gallery Diet.

About Gallery Diet Gallery Diet is a contemporary art gallery in Wynwood. The gallery regularly produces exhibitions by emerging and established artists from around the world, often bringing those artists into Miami for the first time. Recent solo exhibitions include those by Betty Woodman, Toadhouse aka Allan Graham, Kadar Brock, Bhakti Baxter, Christy Gast and Emmett Moore. The gallery has been open since the Fall of 2007.