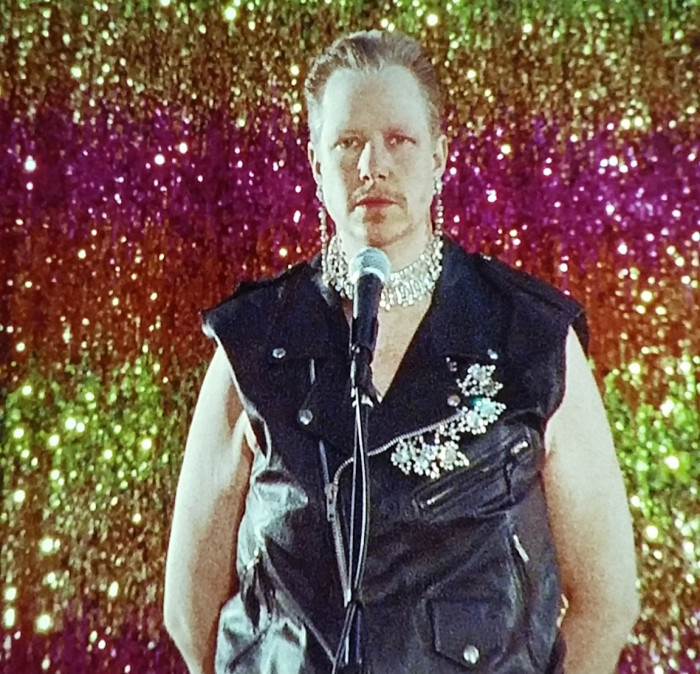 Things are changing in Miami. Stuck in traffic between closed highways and multiple deviation routes, Art Basel visitors might notice an impressive amount of construction work going on in the Floridian cultural capital these days. It is now the second financial center in the U.S. after New York, and the real estate business is thriving in order to accommodate its growing corporate population. Miami also remains the privileged U.S. state for rich Latin Americans to administrate their fortunes abroad.

It’s of course the digital connectivity (along with friendly tax and financial regulation policies, whose historical permissiveness is fortunately on the decline) that makes possible for a whole part of the financial sector to move their activities down to Florida, where “the nightlife and beaches don’t hurt either” (1). The new possibilities of access to information and the outrageous prices of New York housing and living situations do the rest: and where many other U.S. cities saw their influence decline in the 90 as globalization was accelerating, Miami was building a specific agenda for itself, acting as a hub between North America, the Caribbean and Latin America. 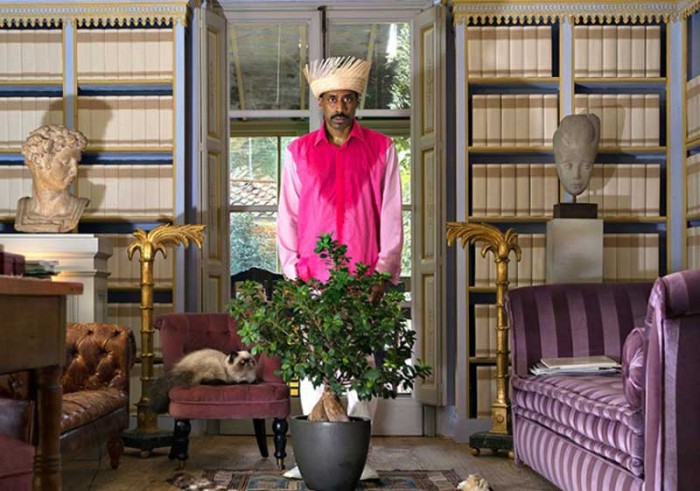 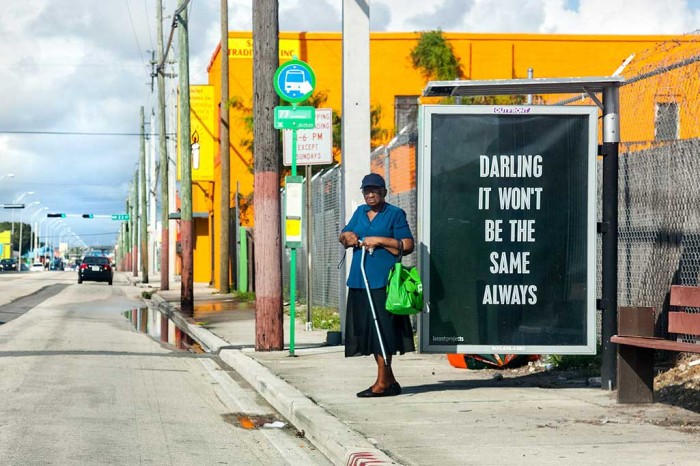 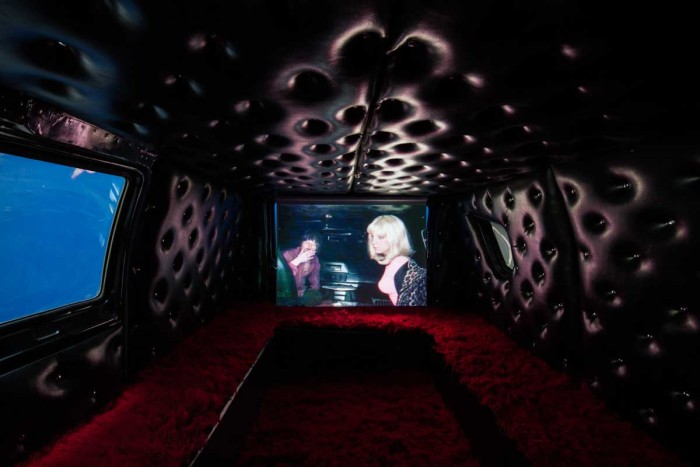 So what about culture and the arts in that context? Art Basel week remains incontestably the highlight of a cultural landscape otherwise more nuanced. The mega Pérez Art Museum Miami (PAMM) built by Herzog and de Meuron and inaugurated in 2013 can’t by itself compensate for the city’s historic lack of institutions, and the young ICA Miami, born from the MOCA Miami dissolution, led by energetic New York renegade Alex Gartenfeld, works more on a Kunsthalle scale than a museum one, although managing a collection. PAMM looks decidedly towards the South, this year didactically hanging its own collection in order to demonstrate its efforts in acquiring major works by Latinos and minority-issued artists– the exhibition program also includes a welcome solo presentation of Jamaican born artist Nari Ward. On the other hand, the ICA intends to position itself as a decentralized place for global art conversations involving local, U.S. and European artists, with a current presentation of video works by U.S. artist Alex Bag and a solo presentation of Berlin-based Renaud Jerez to come in 2016. Art Basel was also the occasion for Bas Fisher Invitational, artist run space co-led by Florida native Naomi Fisher since 2004, to celebrate the future move out of its current downtown location due to an urban development plan, with a group show entitled Planes, investigating issues of collaborative practices and gentrification, drawing on Fisher’s long time contacts in NYC, where she lived for almost ten years during the legendary glamorous Deitch era. Another non-profit, Locust Projects, was presenting a delightful installation in its project-room by Miami-based Cuban artist Beatriz Monteavero as well as an intervention in public space by Martine Syms, evoking the legacy of the Harlem Square Club, a mythical Miami music and performance nightclub in 70’s Overtown, a historically African American Miami neighborhood. The artists placed sibylline slogans and visuals on buses and billboards in the neighborhood, evoking the golden era of black counter-culture and proposing a welcome re-appropriation of public space in these times of displacement of low-income population due to gentrification. 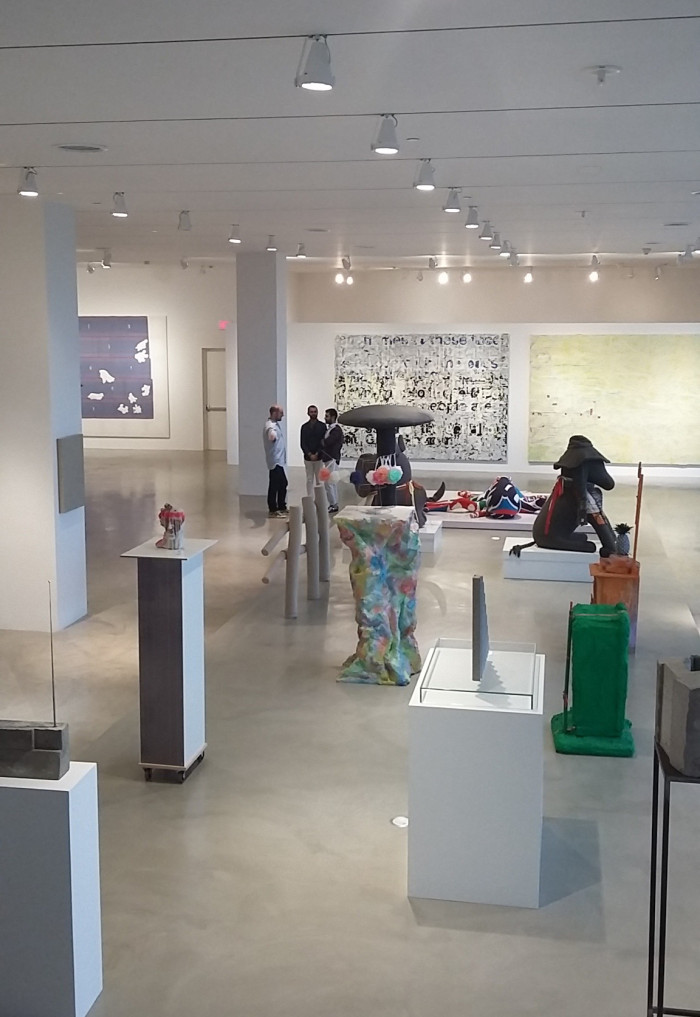 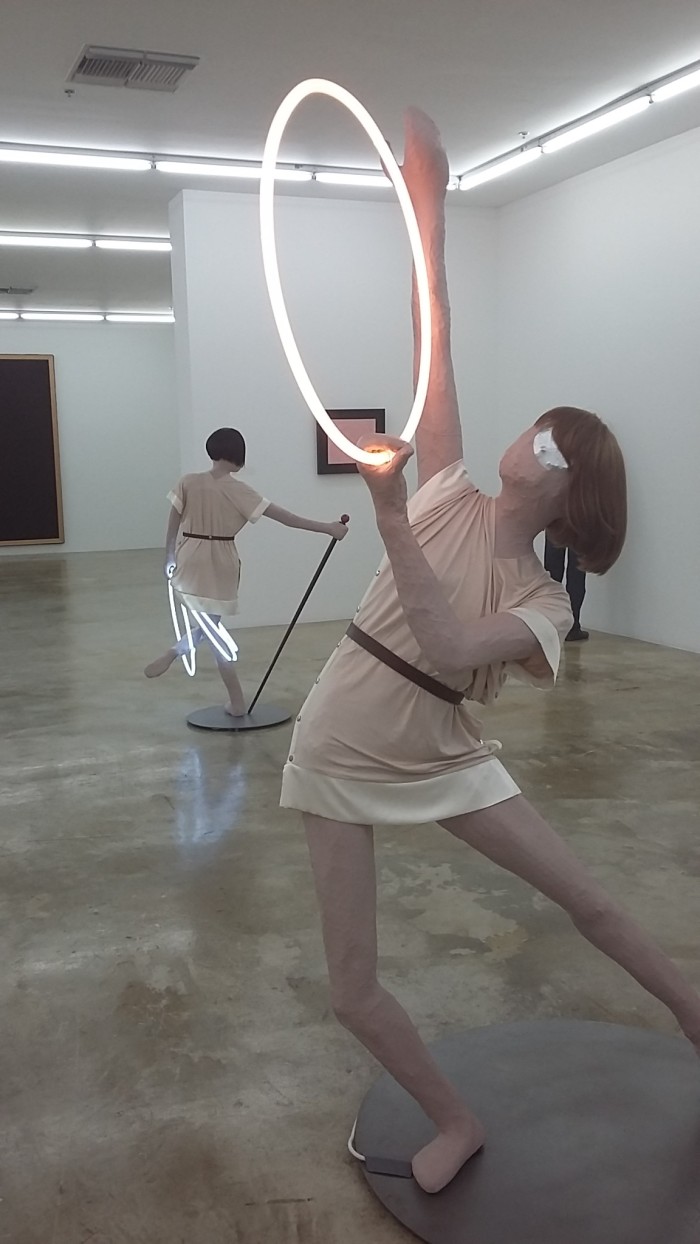 The Rubell Family collection nearby was proposing an all female program: and although mostly composed of market stars and safe figures, (with remarkable works by Solange Pessoa, Mai-Thu Perret, Analia Saban, Katherine Bernhardt, Marianne Vitale, Miriam Kahn and Natalie Czech, among others) the show had the merit to wittingly posit itself as the almost exact opposite of the De la Cruz collection’s show, with it’s traditional litany of hot, young and mid career male “geniuses”, from Aaron Curi to Rob Pruitt to Dan Colen or the legendary duo Guiton/Walker (zombie-formalist allergics please avoid.) Local galleries Michael Jon (debuting at Art Basel Miami Beach with a solo presentation by Egan Frantz) and Gallery Diet both presented their new venues in North Miami’s Little Haiti, a neighborhood expanding to the international art audience, with painting shows respectively by Sofia Leiby and Ann Craven, testifying that building a sustainable activity in the City of Vice outside the holy Basel days is possible. 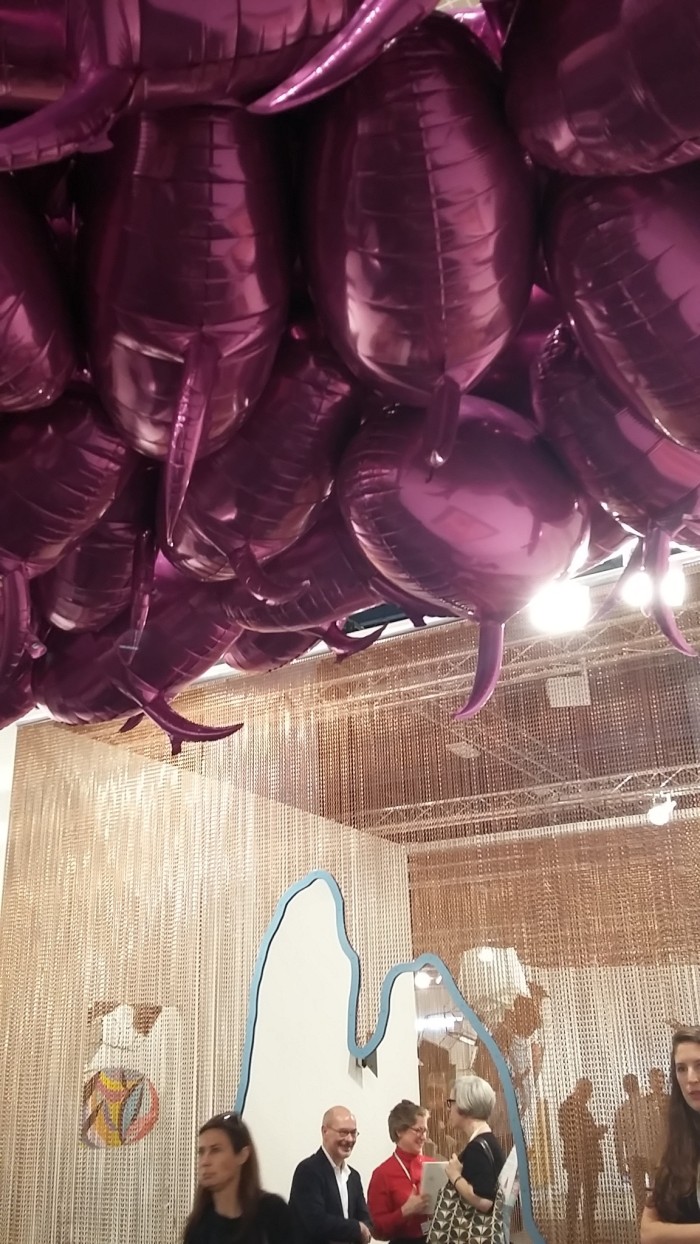 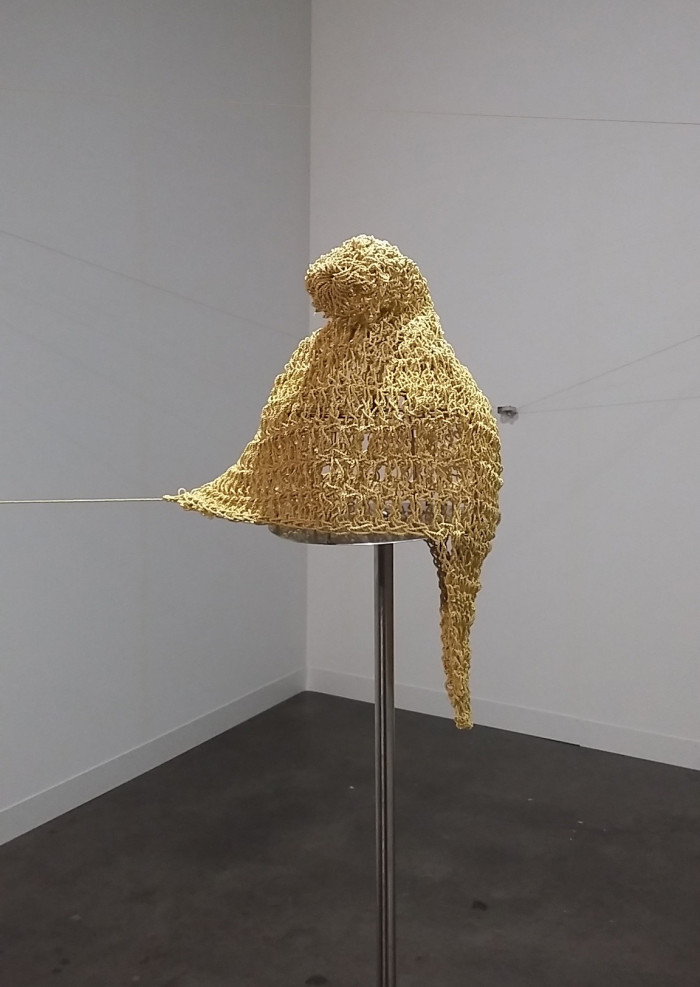 This year the fair presented a rather serious face far from the tackiness that used to make its reputation. Works of institutional collection standards could be seen at Mendes Wood DM (Paulo Nazareth), Esther Schipper (Philippe Parreno, Daniel Steegman Mangrané), The Approach (Amanda Ross-Ho), Alexander Gray (rare early works by Hassan Sharif), Blume & Poe (Henry Taylor, Pia Camil), Meessen de Clercq (Jorge Méndez Blake), Arredondo/Arozarena (Fritzia Irizar). Labor (Mexico City) and Marcelle Alix (Paris) must be commended for presenting hard to collect video works by, respectively: Nicholas Mangan and Pauline Boudry & Renate Lorenz. Nada Art Fair presented the usual formal homogeneity that tires me after a few booths, making them all look desperately alike. Please note that the non-NYC actors of the fair such as Lodos (Mexico City), Parallel (Oaxaca), Proyectos Ultravioleta (Guatemala), Páramo (Guadalajara) or Hello Projects (Houston) presented a fair share of local finds that brought some air to this otherwise navel-gazing atmosphere. Pinta is not even worth mentioning if not for being very lucky to take place in the same building as an interesting show of Latin American art curated by collector Catherine Petitgas, with works of the Tiroche-Deleon Collection, including nice pieces by Adrián Villar Rojas, Eduardo Basualdo, Mateo López, Adriano Costa and Erika Verzutti. 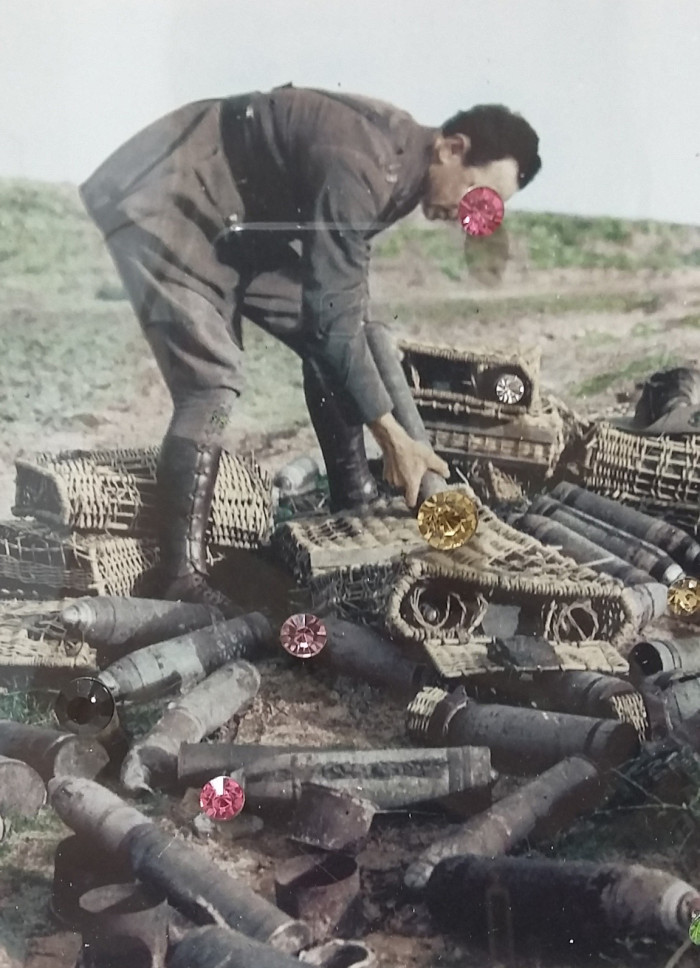 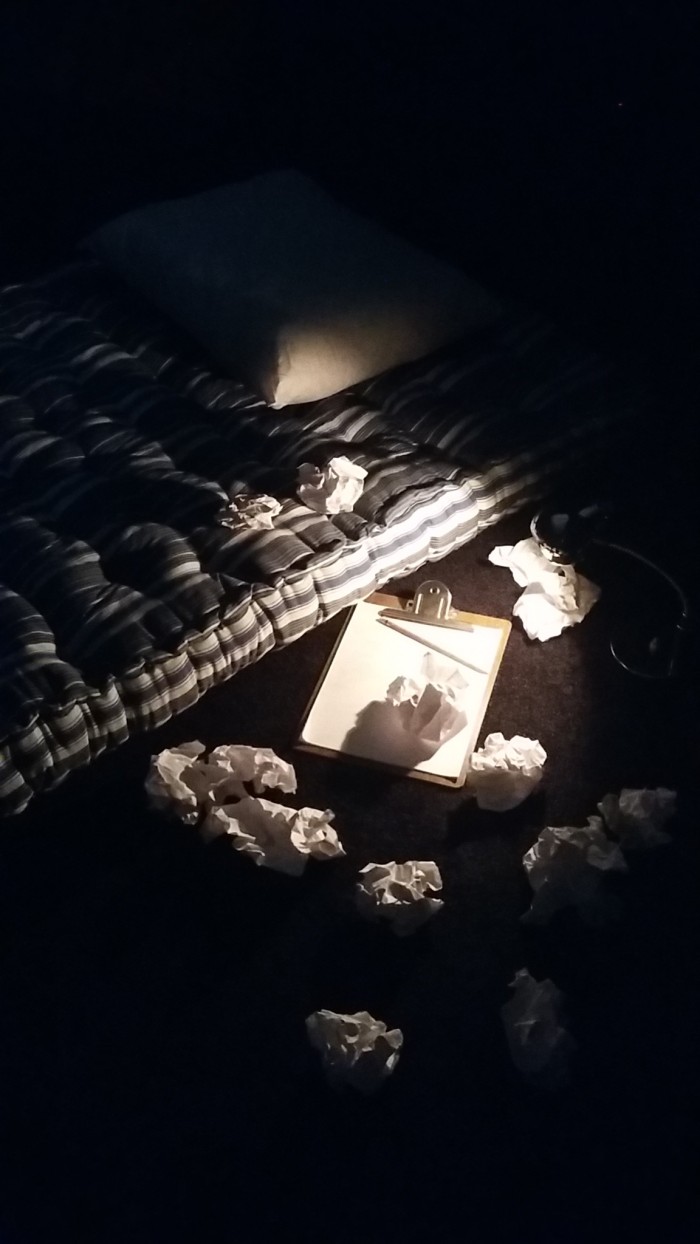 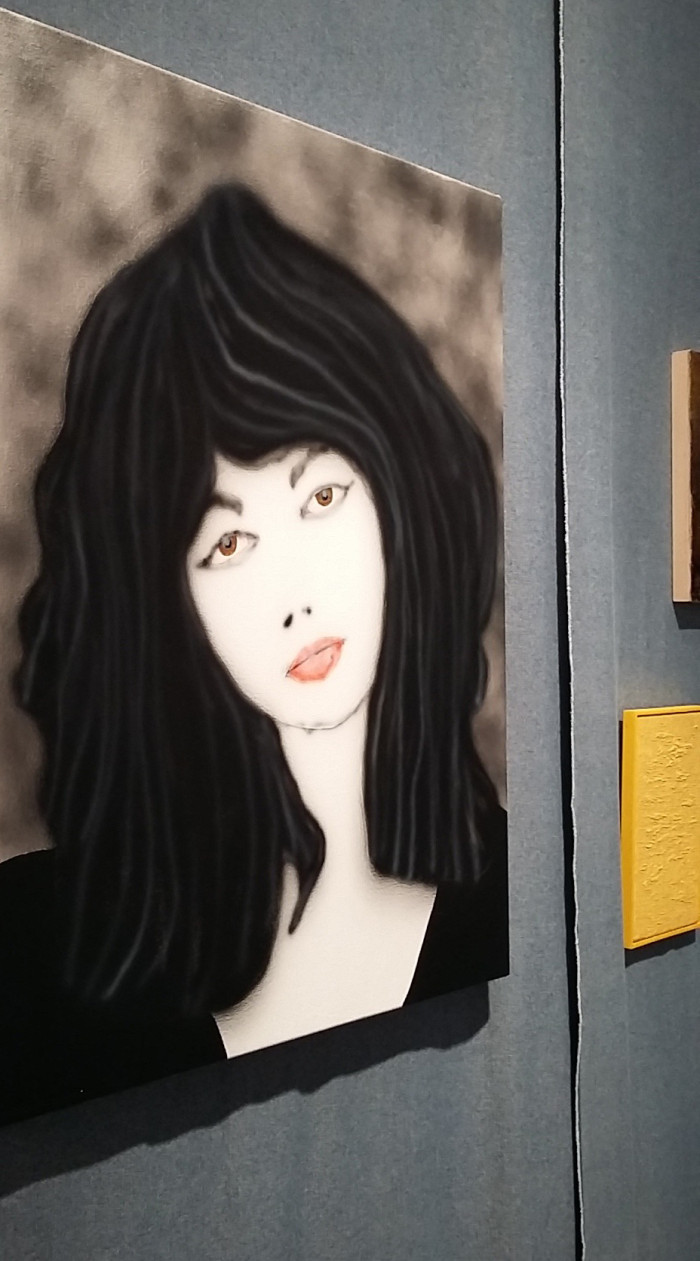 The surprise of the week was Untitled Art Fair located on Miami’s South Beach. I found it risky and full of discoveries. The selection of galleries was diverse and prospective. The booths were spacious and well installed to appreciate large-scale works that also included installation and sculpture. Jacobo Castellano at F2 gallery (Madrid), Adriana Minoliti at Diablo Rosso (Panama), Nino Cais at Central (São Paulo), Edith Beaucage at Luis de Jesus (Los Angeles), Sarah Schönfeld at Marso Gallery (Mexico City), Antonio Malta at Galeria Pilar (Sao Paulo), Carlos and Jason Sanchez at Parisian Laundry (Montréal), Eric Zimmerman at Art Palace (Houston), Octavio Abóndez at Curro y Poncho (Guadalajara), Alain Séchas at Laurent Godin (Paris), José Olano at Nueveochenta (Bogotá), are some highlights of my selection. The fair therefore affirms itself to be a great spot to glimpse aspects of Latin American art, both in the emerging and very en vogue rediscovery range, but also as a place for different U.S. and Canadian proposals.