As a reader, articles on art fairs are the texts I take up when I have my coffee —or in quick, uncomplicated moments of procrastination. They receive the same short-span attention we tired spectators offer up in person at the events they describe. The most feasible option for writers —aware that a detailed analysis of this forum for networking, parties and hangovers is impossible— is to clearly disclose they will present a deeply skewed and subjective view of what, because of scheduling and degrees of exhaustion, they manage to remember over the course of its four days. 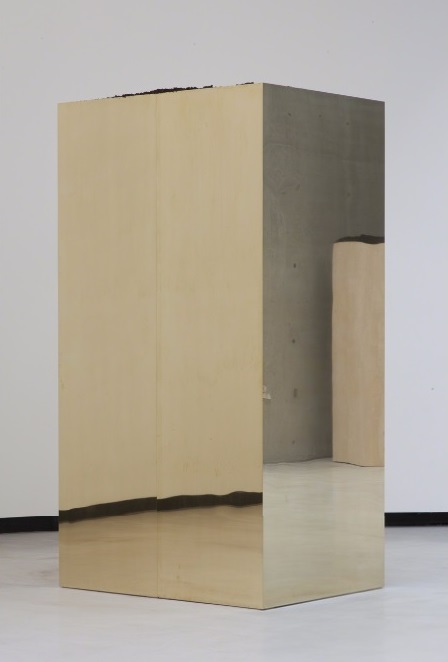 I’ll say that in my case, this edition of ARCO made it pretty easy. The fair has featured defined sections for years now, as well as a roster of major galleries. Two specific events to celebrate the event’s thirty-fifth anniversary constituted a novelty: there was a solo-show tour of Madrid as well as a new section with galleries that participated in past editions, showcasing projects by two artists from different generations. This last section, curated by María and Lorena del Corral, Catalina Lozano and Aaron Moulton, presented projects from 32 galleries and included some brilliant statements that revealed an underlying curatorial strategy. At Annet Gelink, for example, Ed van der Elsken portraits were alternated with a series of superimposed commercial photography images by David Malkjovic. Their presentation juxtaposed two photographic tendencies, one more urban and documentary, by an established hand, beside archive-produced imagery. Also related to notions of photography, Franco Noero presented a series by Simon Starling on the photographic apparatus used to portray museum shows, revealing the complex system of proofs, negatives and large-format cameras behind key works from the history of art. These “representations of representation” found a counterpoint in Lara Favaretto’s grand gilded sculpture in which reflection constructed a third representation of us, the spectators, as we take in the artwork. Marian Goodman made a show of its power with a fantastic John Baldessari installation, featuring wallpaper that repeated his celebrated quote, I will not make any more boring art, covering a dark room that was in turn a forum for a Tino Sehgal performance. Here two artists one would not imagine together, at least a priori, work as a complete exhibition experience. From the outside fair’s horror vacui, you migrate to a moment of darkness and full intimacy, where you once more experience the fear audiences felt before a similar Sehgal piece at the last edition of dOCUMENTA. I was also pleased to be able to take in Brazilian artist Erika Verzutti’s work directly at Fortes Vilaça: a set of stone sculptures somewhat resembling melons unloaded from a fruit truck, forms that suggest the artist’s highly particular universe of formal associations. It was a pleasure to make my way among projects where an interest in display can be intuited, for which visitors who want to go beyond the idea of the fair as a street market should be thankful. 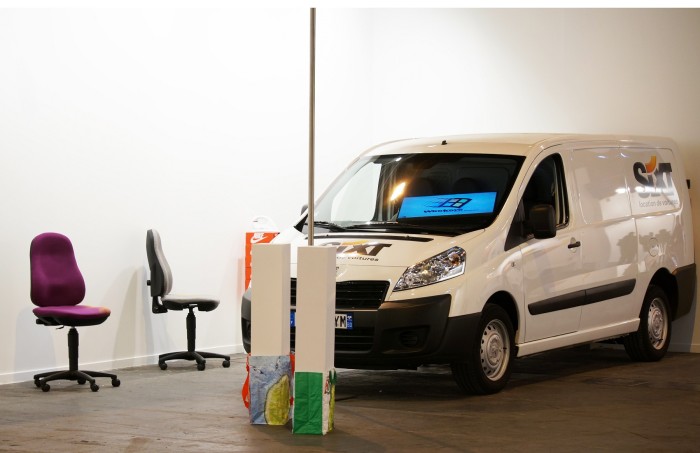 Generally speaking, all the galleries this year took care not to bring in too many artworks and tried to create small shows featuring two or three artists, above all those that, after participating in the introductory sections, made the leap to the general section, where booths might occupy even more square meters than their namesake galleries. Amid the other curated sections, Opening, by Juan Canela and Chris Sharp, included interesting surprises like Pepo Salazar’s installation at Joseph Tang. Both the artist and the dealer traveled from Paris in a rented van that ended up as a major piece in their booth, alongside other objects like a steam iron on top of a stack of Nike shoeboxes or cheap, generic office chairs. The gaze travels to an observation of the most banal and corporate design, and to commercial brands’ more stylized aesthetic, that can take as much or more care than contemporary art when it comes to display. It was also a surprise to discover performance and sculpture by Osías Yanov, Fernanda Laguna’s metaphysical drawings and paintings, and Lux Lindner’s unsettling drawings, all at Galería Nora Fisch. These three Buenos Aires artists also happen to be as many emblematic personalities on the Argentine scene, not just as visual artists but as poets and theorists. The artworks served as an introduction to the country that will be next year’s guest nation at the fair. 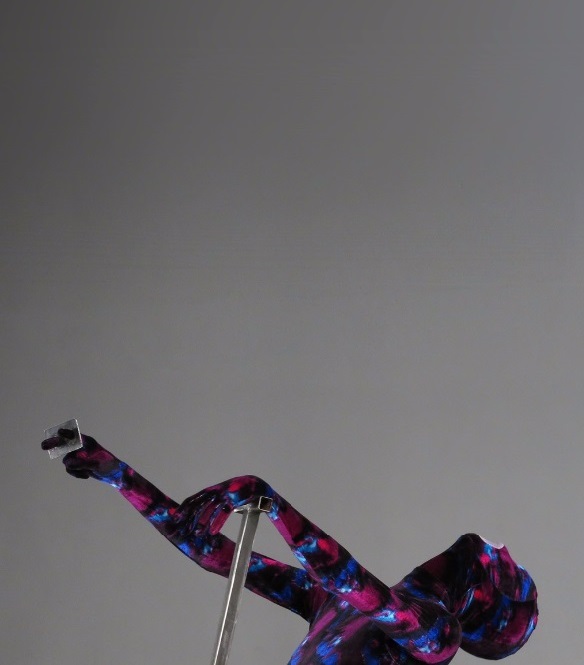 This year the section called Solo Projects: Focus Latinoamérica gathered pieces by artists that Irene Hoffmann, Lucía Sanromán, Ruth Estévez and Maria de Pontes selected. In most cases their quality was exceptional. I was able to talk to Chilean artist Patricia Domínguez, whose installation Los ojos serán lo último en pixelarse fascinated me for the complexity of its references —everything from anthropology to animist practices by means of a highly contemporary formalization— where digital images and devices portray classic painterly tropes such as the horse, that in turn serves as an element representing military power and connects to New World colonization. Also worthy of note was a rather marked line formed by numerous projects that recuperate 70s- and 80s-era Latin American conceptual and performance artists such as Carlos Ginzburg (at Henrique Faria) or Alberto Greco (at Buenos Aires’s Galería del Infinito). Outside that specific section but quite worthy of mention along these lines were Galeria Jaqueline Martins and artworks by Hudinilson Jr, from the framework of marginalized social sectors such as homosexuals in 1980s Brazil. 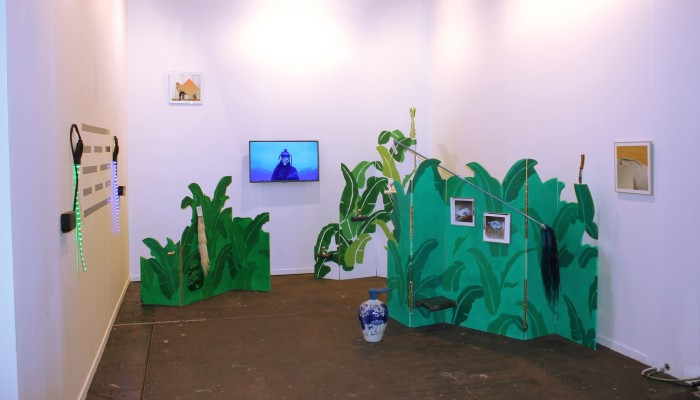 The city of Madrid itself became part of ARCO over the course of the fair. Año 35 Madrid, curated by Javier Hontoria, gathered nine projects by contemporary artists that were inserted into different historic museums throughout the city. It allowed for entry into the Spanish capital’s more traditional and “pure” universe, a complete colonial deployment per se that set off a curious relationship to the fair’s longstanding goal of being a bridge to Latin America. The most interesting aspect of this gesture is recognizing these historic frictions at venues like the Museo Antropológico Nacional or the Museo Naval, whose subtle interventions more invited observation of the museums’ objects and classification than the new artworks themselves. In contrast to such historically over-freighted and -weighted environments, we stumbled on Adriano Amaral’s intervention in the Estudios de Tabacalera’s empty, abandoned space. The projection of a swimming crocodile, lit in fluorescent tones, gave rise to an apprehension of the space based on the fluid and malleable nature of the materials, light and sound, and created a magnificent moment of minimal, somewhat enigmatic gestures. 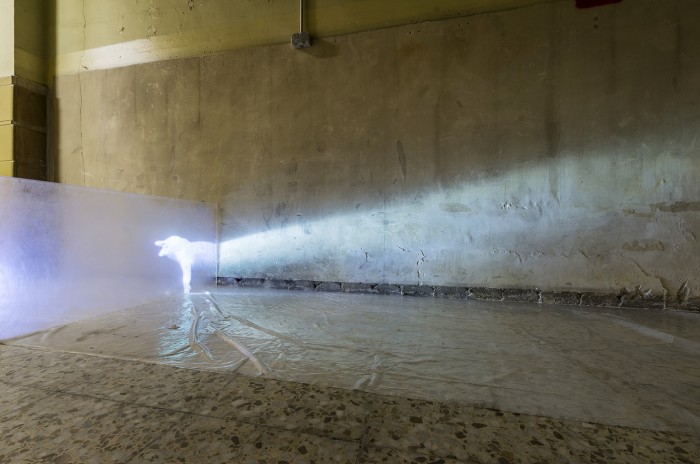 In general, this year’s edition was serious and professional, featuring no scandals onto which the mainstream press could glom; they left us alone, carping it was boring this time around. They could not attend the five hundred parties thrown by the time of the fair’s closing, always a big part of ARCO, too, that fosters a social and professional “moment.” Maybe in the past everything revolved around that; but now you can also talk about the quality of what you saw during the day, and not just based on what’s coming out of Museo Reina Sofía.