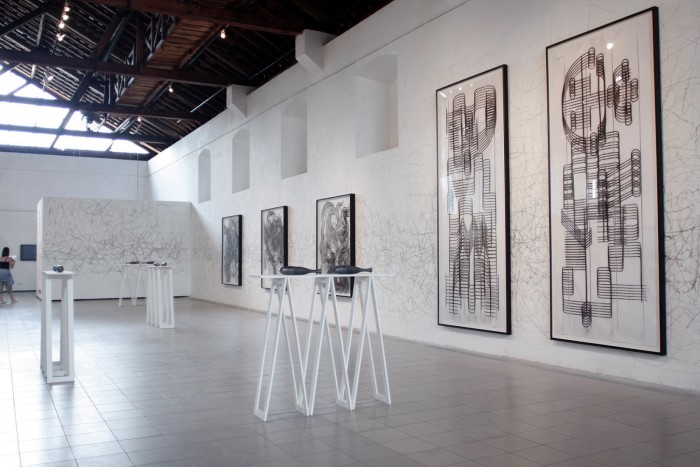 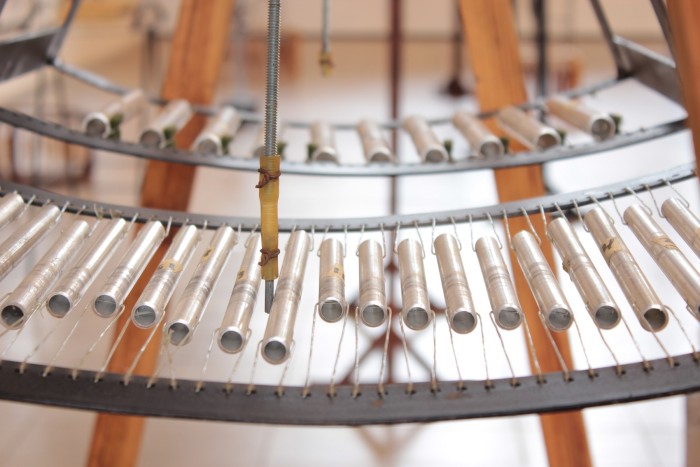 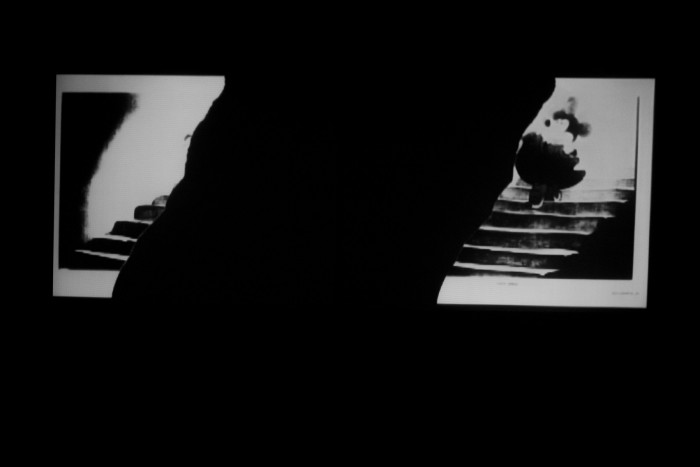 Throughout the years, Carlos Amorales’ practice has been characterised by an insaciable interest in drawing, approaching it through a great diversity of techniques, proceses, and scales. His drawings function as tools to investigate a series of omnipresent concerns in his work, in which his profound closeness to graphic arts (through the creation of posters, newspapers, prints, album covers, and numerous publications) and his great fascination for music in all of its genres and forms, stand out. Additionally, he has always been keen to collaborate with other musicians and artists. Specifically, there are two who stand out: Julián Lede, with whom he has worked in repeated occasions throughout his career, and Joaquin Orellana, with whom he has collaborated several times since they first met in Guatemala en el 2012.

Anti Tropicalia gathers various bodies of work that evidence Amorales’ long trajectory in the fine arts, and explore his zeal for drawing and music as working tools, and interest in generating individual and collaborative works. This exhibition presents two monumental drawings, Fax Mantra 05 and Fax Mantra 06 (realised for Manifesta 9, in 2012, using a printing machine that prints/draws with charcoals), ten large scale drawings of the Notations for the use of typography series (created by the artist in his studio in Mexico City in 2015), one hundred and thirty small scale drawings from the Havana Suite (realised for the most recent edition of the Havana Biennial in 2015), and a new monumental drawing installation that covers the museum’s walls. This latter one hasn’t been created using traditional working tools or cutting edge printers, but rather through ten 3D printed graphite sculptures in the shape of güiros (Latin-American percussion instruments consisting of an open-ended, hollow gourd with parallel notches cut in one side) that counteract their original form and use are alternatively used as drawing utensils.

Also included in the show (and by sheer chance!) is a series of replicas of Joaquín Orellana’s útiles sonoros (sound utensils) that were constructed through instructions in 2012 in Costa Rica, as they were to be used for a two concert tour in his honour. Since then, the útiles sonoros had been poorly stored and were deteriorating in San José, until the day before the exhibition was due to open, and when they were shown to us. After finding them covered in spiderwebs and moths, we immediately decided to take them to the Museum, where we cleaned them up and put them in conversation with the other works in the show.

Additionally, a series of video works that are directly bound to music are exhibited. Amongst them, is The Sorcerer’s Apprentice (2013) together with Orellana’s Fantasía (2013) which came about after having met Orellana, and in which they reinterpret the infamous sorcerer’s apprentice scene in Walt Disney’s Fantasía; Psychophony (2008) in which numerous drawings from the artists liquid archive are musicalised by a digital player piano; and Erased Symphony (2013) which explores the direct implications of how to interpret a symphonic ensamble after the musical scores (originally printed in graphite) have been erased and re-drawn.