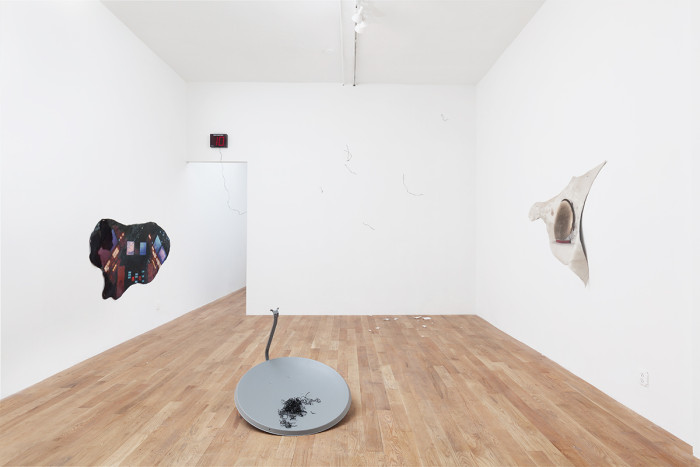 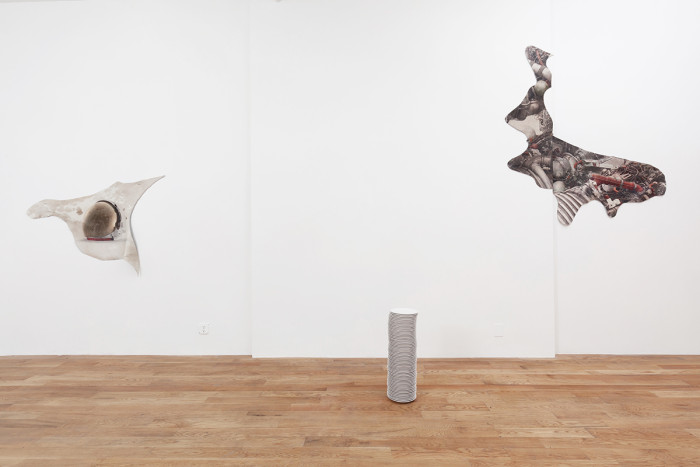 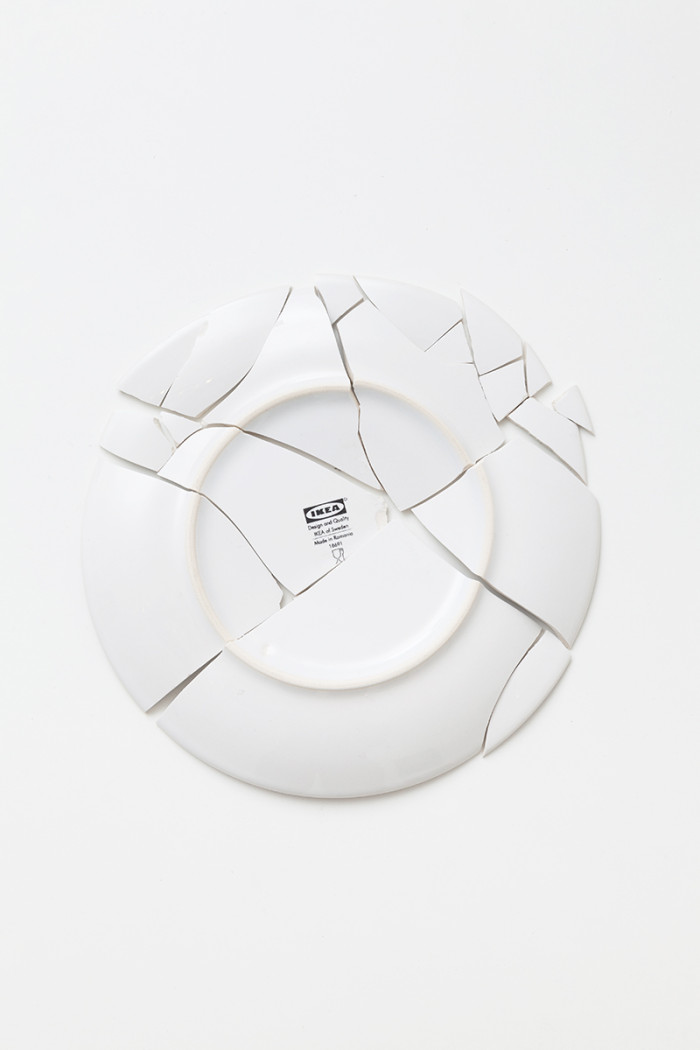 The Alien Linguistic Lab (Flying Sorcerer) is an open workshop, an actualization of several mideval European and older South American traditions of intentionally destroying pottery, used in wedding and funeral rituals to scare bad spirits. Schönfeld reappropriates and costumizes this “technique” inviting the audience to throw saucers in the exhibition. Using gravity for a controlled way of flying and crashing, the shivers (shiver means equally trembling and a piece of pottery) will be restored after in an act of instant archaeology in order to hear and decode the self made alien message with a record player and a Morse App. The act of throwing objects as a domestic “reenactment” of the UFO phantasm, is supposed to enable us to get over the shiver and listen to the message of alienation. The complete product, now shattered, opens room for the metaphysical interpretation throughout its gaps.

Both works refer to the translation of cosmological metaphors of inner and outer space, as François Bucher puts it: “These new radio telescopes can only show us what they heard and saw by way of their own theater of artificial color-coded images, catered pedagogically for our human perceptual apparatus. So in a sense those images are yet another story, another mythology fabricated in order to hint at something that is essentially incomprehensible.”