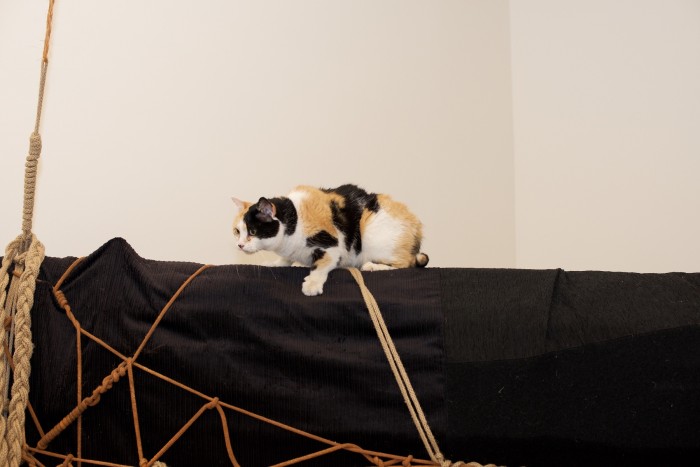 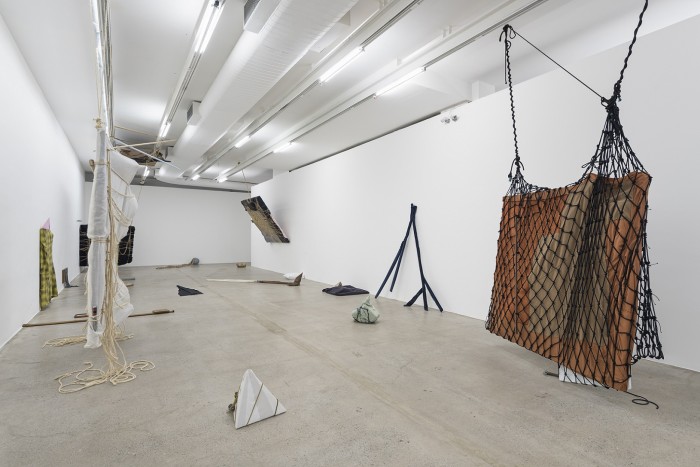 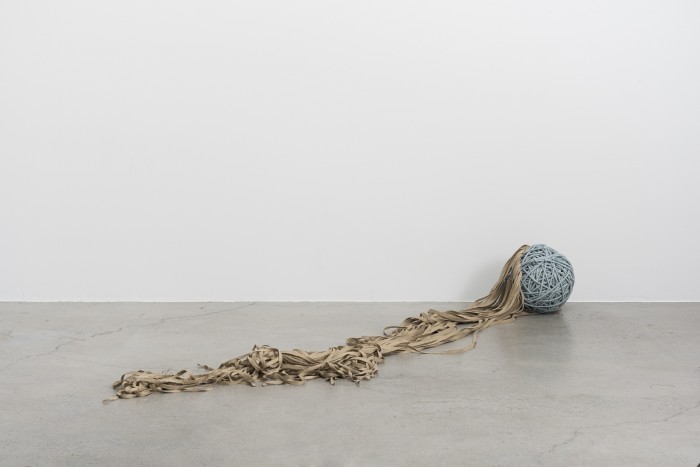 And if you can, don’t forget
the calm face of the tiger
that is standing at the door
Waiting to come in
And then go through us

Decipher me or I’ll devour you

Raymond Roussel, a writer considered by André Breton as “the greatest magnetizer of all time”, was one of those illustrious unknowns who influenced innumerous, illustrious well-knowns, and who anticipated the experiments of floating between significance and signifier carried out in 20th century literature, film and visual arts. In many of his books – Impressions d’Afrique (1910) and Locus Solus (1914), among others – Roussel developed pioneer procedures of language that would especially come to be used by the Dadaists and Surrealists. For example, the extensive use of homonymous or similar words, such as “billard” [billiards] and “pillard” [pillager], allowed him to build phrases and texts that were arbitrary in form and content, thus leveraging the pathological power of language.

Word games, practiced incessantly throughout his life, led him to discover unsuspecting spaces in writing, and to attest to the existence of a second reality – not as a repetition of the first, but rather as a hilarious alternative – until committing suicide by barbiturate overdose in a hotel in Palermo, Italy, at the age of 55.

On an anecdotal note, it is said that after crossing the Atlantic to go to Africa, Roussel glimpsed the continent from the ship’s porthole and, satisfied, asked the captain to turn around. Whether the story is true or not, it illustrates well the disinterest in 20th century ethnographic verification, giving rise to a taste for language experiences unattached to reality and entirely open to the primacy of the imagination, a mark of the 20th century.

Ágrafo by Laura Lima results from this genealogy unleashed by Roussel, although without quite claiming any paternal relationship, for this is not a matter of recognizing a bond to then exercise the “authorized” vocabulary of the canon. Nonetheless, one can recognize a familiarity between Ágrafo and other works by Laura Lima and the surrealizing territory, at the same time pragmatic and disruptive, aesthetic and ethical.

Hidden, disguised and continuously insinuating itself, the main question that Laura Lima presents with Ágrafo (which is only an exhibition because we are in a gallery) addresses what we have yet to be given, or has yet to be formulated. The objects installed there exist in a time where language doesn’t happen. A time in which things, still nameless (“ágrafo” means “what is not written”), levitate in suspension without adhering to narrative acts and signs. Due to this mismatch, “ágrafo” sounds like a “void that scratches” (2), a water well dug into the words, in the same way that the enigma from the mouth of an ancient sphinx will always sound strange. The words magnetize us without their content “being placed” (3).

Trying to discern Africa through the inclined porthole of the ship, Roussel asked to go back, disbelieving in experience and believing in his imagination. Or maybe it is not possible to be reasonable, neither at high sea nor here, faced with these suspended objects, coated in different materials and hooked up with strings that seal off their interior from us. Let me explain: the objects fall from the walls in a disorderly and imbalanced manner. Some of the shapes are familiar, especially the squares and rectangles (hiding paintings maybe?), however the volumes and pointed shapes dispel our initial suspicions. Indeed, we don’t know what they contain, and we don’t know if a strategy of unveiling will be put into practice, but, whoever comes to possess them will not escape the sphinx’s enigma. Because she will continue to look at us, question us and, finally, devour us.

The idea of deciphering is, therefore, out of the question for Laura Lima. Not even the glossaries, to which the artist has been working on, offer any keys for their reading. On this, songwriter Tom Zé, another Rousselian without knowing it, has that precise verse that would seem fitting here: “Eu tô te explicando pra te confundir/ Eu tô te confundindo pra te esclarecer” [I’m explaining to confuse you/ I’m confusing you to clarify to you]. (4)

Alternatively, Ágrafo sets in motion a game in the form of a non-linear equation, where on the one side we have language and, on the other, matter. What this equation tells us is that the more we rarify the need to “spell out” (write, name, interpret), the more we increase the occurrence of a dense materiality and substance. Working from that principle, we arrive at two complementary opposites: in the case of language, babbling or stuttering, and, in the case of matter, an erotica of the elements.

Like mad outbursts of language, stuttering or blabbering bring to the fore something suddenly necessary and vital, created by force of a violent encounter with the yet-to-be-thought and the unthinkable. Samuel Beckett called this the “unnamable” and Gilles Deleuze configured them as “occurrences of desire”. Both are demonstrations of a moment in which the commitment between significance and signifier is not yet written and the discursive investment is shifted to the force of the scene. Bringing a cow for a stroll along Ipanema beach (5), for example, or the series of phonetic or homonymous titles such as Marra, Bala, Ágrafo, RhR are expressive occurrences of mad outbursts.

Ropes, knots, links, patterns, stitches or nets supporting hanging objects are not here to afford the scene with tangibility, but, firstly, to capture the spectator. As in shibari, the Japanese art of rope bondage, this combination of elements immobilizes and invests against the instilled rationality. The objects incorporate psychological qualities and expose marks of sexuality, pain and debauchery expressed through the perforation and cutting of the textiles that cover the inner enigmas.

Some authors prefer to keep the “enclosures” of surrealism and of constructivism apart; Ágrafo, on the contrary, brings the idea that it is an error the separate them. The language game, loose and free, covers itself in a dense materiality. Without any contradiction, Laura Lima shows us that the creation of the enigma, as práxis vital (6) occurs when the imagination is “subjected” to the machinery, which can be extremely beautiful but also extremely perverse: art, language, madness, a ship’s porthole and the sphinx.

(1) “We never did too much talking anyway” in: Matilde Campilho, Jóquei. São Paulo: Editora 34, 2015.
(2) Luiz Camillo Osorio referring to the work “RhR (1999)”, designed as an “organism” to intermediate people and nominations of which Laura Lima is the “administrator”, writes: “RhR is a no-name, it has no adequate sound, it produces no image, no metaphorical reference; it is an empty and anxious void, it is a void that scratches: RhR” in “O delírio da pele”. Prêmio Marcantonio Vilaça, Brasília, CNI/Sesi, 2008.
(3) Conversation with the author of this text in which Laura Lima mentions her hesitation in adopting the feminine “Ágrafa” or masculine “Ágrafo”, alluding to the “neutral” quality of the term. Cf. O neutro by Roland Barthes, seminar presented in 1978 at Collège de France.
(4) In Comment j’ai écrit certains de mes livres (1935), Roussel exercises hermeticism, but says nothing of how he writes his books.
(5) Work produced by Laura Lima in 1994, “Vaca na praia” [Cow on the Beach] belongs to the set of works entitled “Homem-carne/ Mulher-carne” [Man-meat/ Woman-meat], and “Marra” (1996), in which two men, with their heads connected by a hood fight until exhaustion, and “Bala” [Bullet] (1997) in which a naked man (person = meat) sits with his mouth opened by an instrument, while a bullet is placed on his tongue.
(6) Cf. Lisette Lagnado in Laura Lima: on_off , Rio de Janeiro: Cobogó, 2014, p. 23.