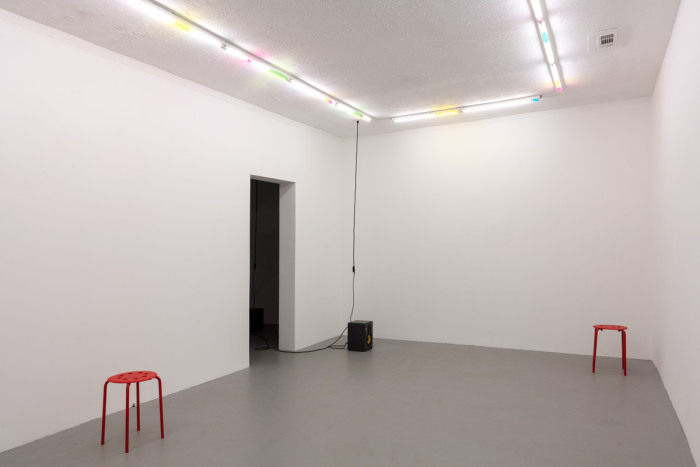 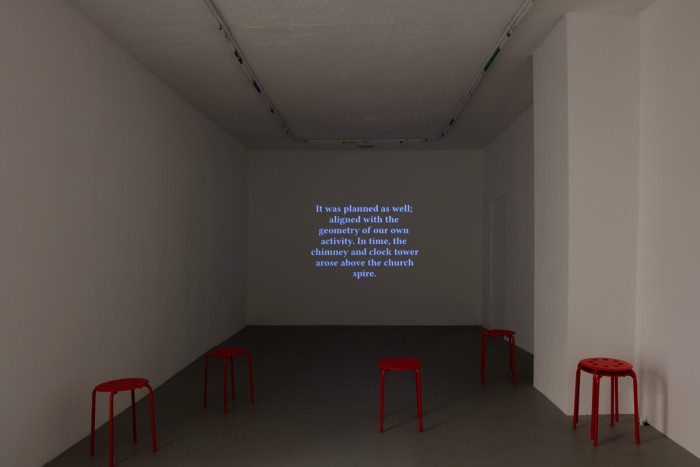 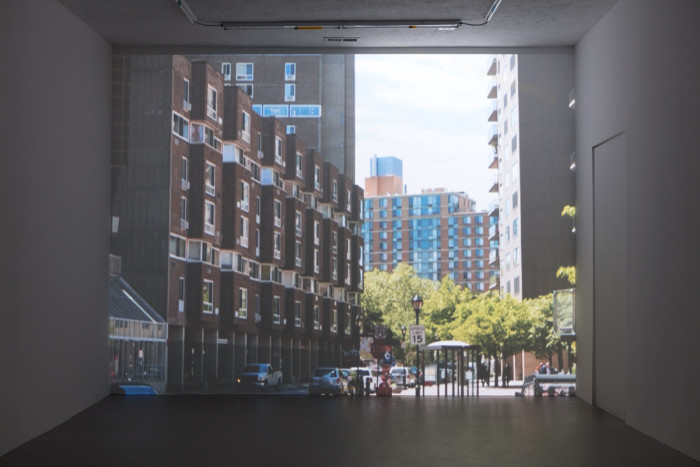 Contingent upon the artist’s prior Prologue: Divergence Motor/Albatross Alarm and the scenario of a futureless present introduced in that exhibition, A Projection in the DDF is extensions and alterations of prior productions.

DDF of the exhibition’s title refers to the Didactic Divergence Facility, a work of infinite unique modular components realized as light fixtures. The present iteration spans both rooms of the gallery, as does the exhibition’s soundtrack, Albatross Alarm, an electronic piano interpretation of a 1968 Fleetwood Mac single.

Contingent Divergence (mount module) hosts a projector for From Past Futures (Off the clock but in the moment…). Previously exhibited, the mount has been refinished as determined by the orders being fulfilled by a powder coating facility. The dialogue that forms From Past Futures is a return to a set of ideas discussed in a published conversation between Barker and curator Mark Beasley. The unnamed characters conversing are the Active Agent and On-Call Sleeper, concepts introduced by Beasley to describe one’s relationship to the superstructure of contemporary art’s institutions, expectations, and production formats. The images accompanying the text were captured over the course of the conversation, which took place on Roosevelt Island in the east river between the New York boroughs of Manhattan and Queens.