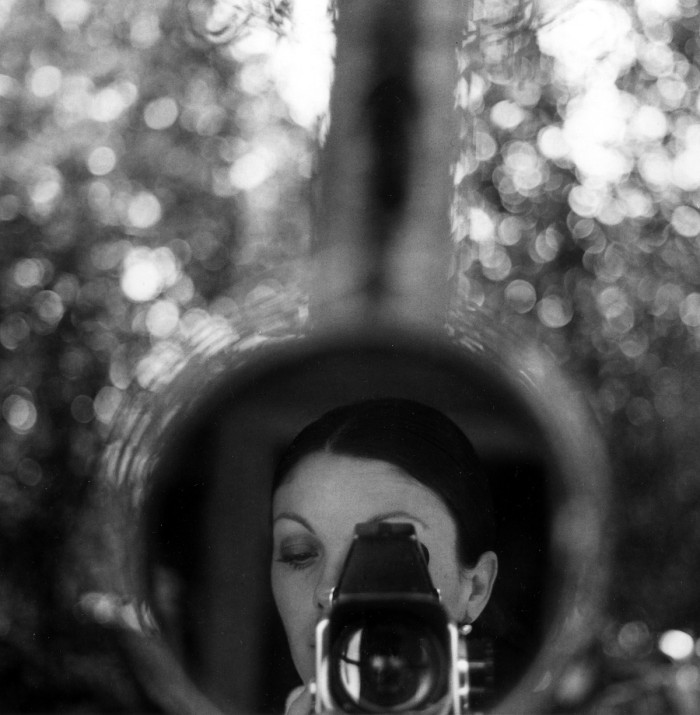 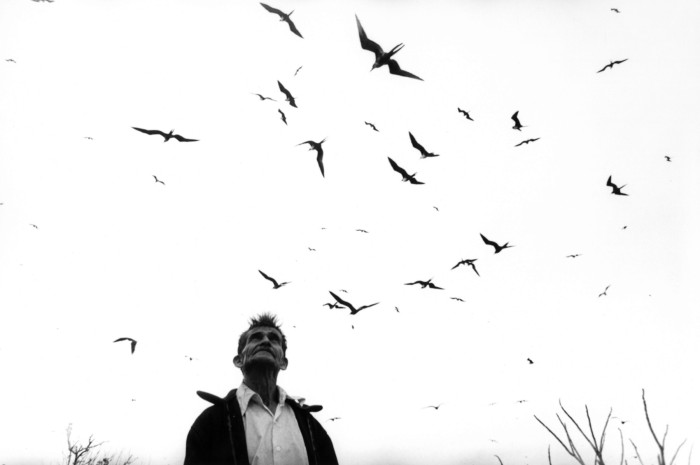 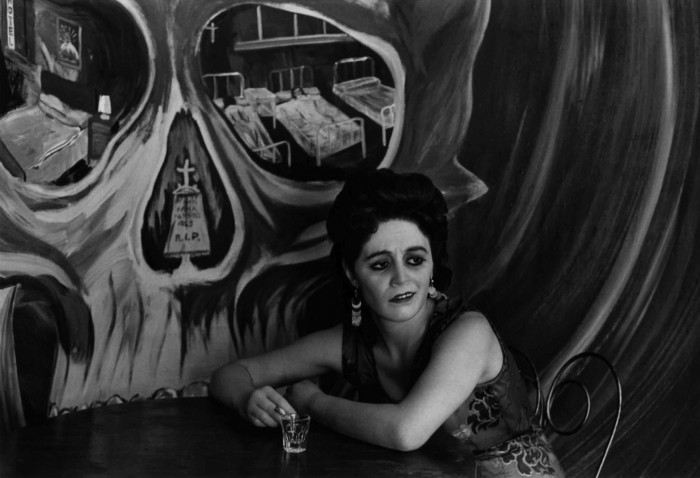 The images of Graciela Iturbide are endowed with great poetic force, as if emerging from a unique lyricism, where the photographer is not resigned to what is, to what the world is, but manages to reveal how visible it is through her eye. If the camera is a medium, Graciela’s imagination is the creation of her universe. It seems to follow the maxim of Novalis: “Nothing is more accessible to the infinite spirit,” because “everything is related to the visibility of the invisible.”

The perception of Graciela Iturbide is lyrical because it lets us penetrate a place where metaphor takes shape: what you see is a possibility of what is or was. As if life longed for an intimate time-lapse in her images. Thus, these photographs bear witness to an advent, the arrival of something or someone. They foresee for us that there is a world beyond our simple anxiety to see. The metaphorical power of these images evokes, provokes, and invites our imaginations to the point of revelation. To see in order to tell. Narrating what is happening in the entrails of life. To see in order to be, to look back or look at ourselves and find the truth in each of us.

What Graciela Iturbide grants us is a form of knowledge of the human, even in her landscapes and portraits of objects (nature mort) where the image receives its power from silence or absence. She seems to capture the imperceptible, the “other,” in timelessness, a fully hidden world of beings and shadows, where there is no single definition of reality. There is a natural analogy between life and death, silence and bustle. Moments that arise from the astonishment and lucidity of a thought able to see without prejudice.

Graciela dares to show the tragic condition of existence, as if to come closer to the essence of things, animals. Her route is what her eye sees in the camera; something in the purity of that act generates the unreal or imaginary. Her observation is fascinating: everyday situations, minimal gestures, untold anguish or happiness and contentment are her essential interest and quest. Nothing seems to her insignificant. Through her eyes everything begins in the combustion of imagination: birds fly, dogs scavenge, iguanas stand, men sing, women laugh and enjoy, shadows pass, stop, and leave us at the edge of longing. Several of her images cross the thin line between sleep and wakefulness, become the happening of life as a possible reality endowed with new meaning, a time which is the time of the beholder.

In these images, the outer and inner worlds identify with such force that the photographer reconciles everything, joining her own journey with that of nature, because her reading of the world is not due to contemplation, but silence and wonder. But also from oblivion, because Graciela discovers and recuperates in her contacts much of what she saw without seeing; that is, what happened through her camera. “The camera is an excuse to see the world,” she says.

Small scenes, brief fictions, stories of a very special intimacy that allow us to read the biography of each photo. Thus, in certain images we can see the symbolic and imaginary: in Birdman, with birds in flight, we observe a man with two wings on his shoulders, as if he were about to rise; in Angel Woman, a photograph Graciela took after descending into cave where there are cave paintings in the Sonoran Desert, allows us to consider photographs as the ecstatic expression of time, and the beauty of that Seri woman who passes holding up an engraving as if in a vision; in Bird and Coat, taken in Khajuraho, India, which evokes serenity and helplessness; in Claudia; in Framed Man, where a man holds a picture frame as he passes through the streets of downtown Mexico City; in the photo of Frida Kahlo’s corset, which seems to be waiting for her body; and Graciela’s own feet, which are noticeably hurt as she lies in Frida’s tub; in the bicycle from which cocks tragically hang; in wild dogs in the solitude of a wasteland in Ragastán, India; in Our Lady of the Iguanas, iconic and legendary for that unique force that seems to emerge from silence; or X-ray of a Bird, in which a hand holds a bird next to the x-ray of another bird.

Some photographs tell of very special characters that allow us to see the small occurrences of everyday life or fragments of a reality so distant they’re filled with mystery, as in the case of Healing; or Capital That Represents the Alligator Feast, which presents a poster in Juchitán displaying the necessary elements for a celebration: drinking, well-dressed women overwrought with gold, the alligator, the swamp, and the drunk; or the woman carrying chickens past a wall blasted with paint; or Cholas with Zapata and Villa, deaf-mute women, friends of Graciela, who asked to be portrayed with the “mariachis” Zapata, Villa, and Juárez, in a Los Angeles neighborhood; or Conversation, featuring two Juchitán women in traditional dress; or a photo from the series The Women of Juchitán, where the loss of a girl’s virginity is celebrated with erotic songs, wreaths, and lots of food and alcohol, while others throw tortillas on the copal. Women in these photographs are full, strong, beautiful; and in Na Lupe, the baker of the town of Juchitán who wanted to be photographed beneath graffiti; or the woman wearing a flag at a political rally; or the black dress that seems to dance alone in the parade; or Magnolia, in which a muxe (crossdressing man) asked to be photographed in the cantina where he worked; or the mourning women whose faces show their pain and grief; or the chicken seller who seems to look at us from the very depths of her own history. And then there is The Couple, a portrait of happy, if somewhat gaunt, young lovers, and of General Omar Torrijos of Panama, whose portrait, even in profile, denotes all the expressive force of his personality. Then there are others such as Holy Week, Little Mexican Angel, and Death Bride, taken in Chalma during the feast of San Miguel, which show us the space of ceremonial and religious celebration. The photograph of her teacher, Manuel Álvarez Bravo, is fraught with time and observational depth, and her self-portraits are so suggestive that they reconstruct their own foundation: to see those who see.

Graciela Iturbide has an intense, personal, and unique style in her images that makes us always remember them and want to return to them, perhaps because they help us understand that the abyss is not to be feared.