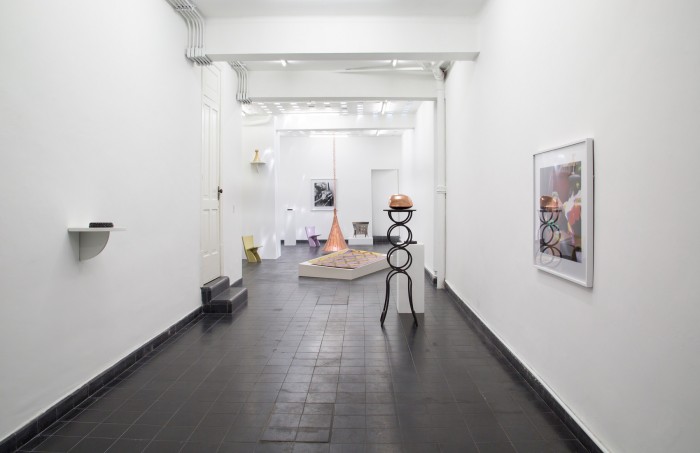 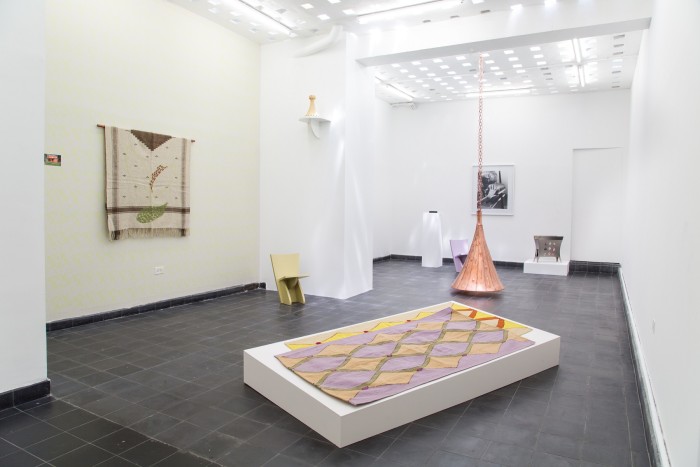 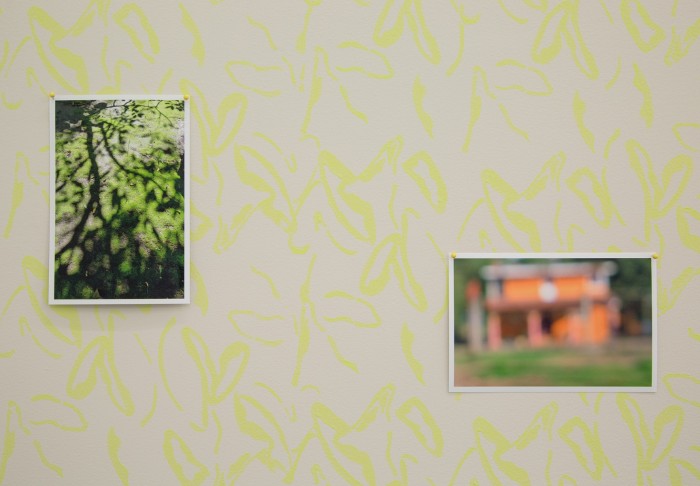 Marc Camille and Fernando took a road trip to Santa Clara last July and were clearly impressed by both the studio of Ana Pellicer and the local skill of beaten copper.

Ana was accordingly invited to oversee the realization of a copper lampshade and later also to feature in Marc Camille’s first show with Gaga, the principle of which is that all the work has been produced accordingly to a breadth of Mexican craft skills. These including earthenware, metalwork, embroidery and loom weave.

The exhibition is completed by a suite of photographs taken in Mexico last July and a contribution by Bernadette Corporation.

Although the show is complete many chapters will hopefully follow, a trip to Xilitla is the next plan, and who knows where this might take us. It starts with ideas and drawings that become prototypes and reasons to engage in local production and craftsmanship. Therefore, this might just be the prologue of a fruitful and enjoyable collaboration between Marc Camille Chaimowicz and GAGA?