A Green Chroma, over yoga mats, over flashing lights 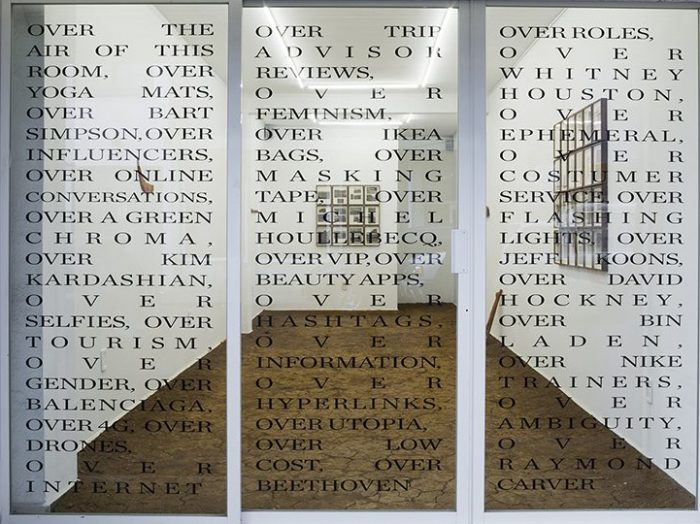 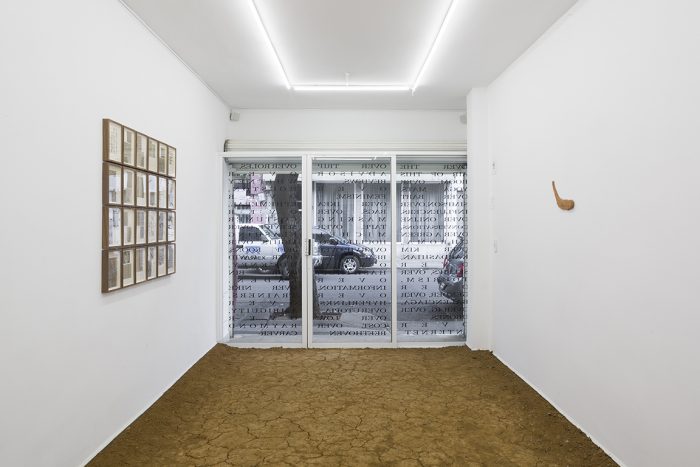 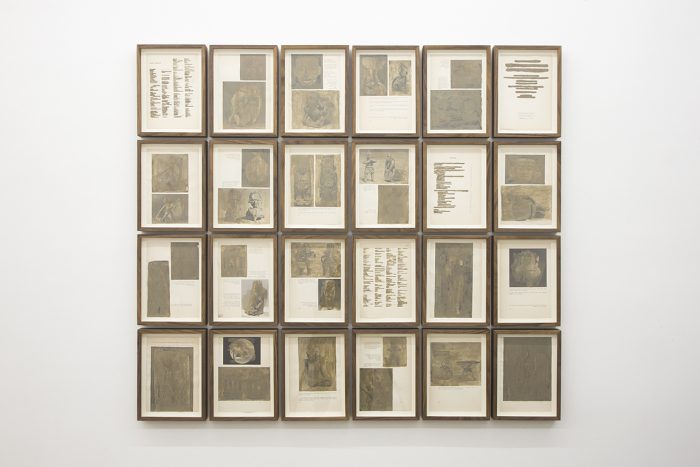 For this exhibition, Luis Úrculo has altered twenty stratigraphic representations, extracted from archeology books. By using mud to cover images of ruins, he metaphorically advances the passage of time and questions the evocative power of those possible future landscapes. The work done by Luis Úrculo seems to be the reverse of that of the archaeologist. While the field work of the latter happens between acts of unearthing, both physical and epistemological, Úrculo’s work on these pieces consists of accumulating and burying. Historical time, it could be argued, has the capacity to do both. It is not the first time he works with ruin. For his video “Essay on Ruin”, the artist used home materials to build several models of structures representative of the European neoclassical ideal (stable and eternal), with the sole intention of filming how the passage of time caused its destruction. In some cases, when he felt impatient, he preferred to provoke their fall by simply pulling a thread. In that piece, the highpoint was the moment of crisis and collapse, moments before they gave way to ruin; for the works shown in this exhibition, the highlight is what comes after the ruin. In a conceptual flip of the image that results from the phrase “sous les pavés, la plage” used as a slogan by the students during the French May in 1968, Luis Úrculo proposes: “on top the ruin, the landscape grows”. And what is growing on top the ruins of modern societies, if it is no longer possible to call it progress? Behind the obvious archaeological and architectural interest of Úrculo through the strata, the archaeological sites, the buildings that were never built, the site drawings, the monumentality of the ruins and the possible landscapes, there is also a question raised about the rhythms, movements and interpretations of time, which can be read in the sound piece of the exhibition. Although this is also made up of strata —a musical base and an overlapping text— the layers of matter that constructs it represent the knowledge accumulated by societies over time. Postmodernity discarded the idea of progressive development as a historical support and, in parallel, rejected the evolutionary character of the aesthetic system as well as linear narratives in artistic practices. So, in this age, how can time be treated? Terms such as intensity, speed and acceleration have already been tested through theory. The answer that the pieces shown in this exhibition could outline is: from the accumulation, whether material, economic, or cultural.