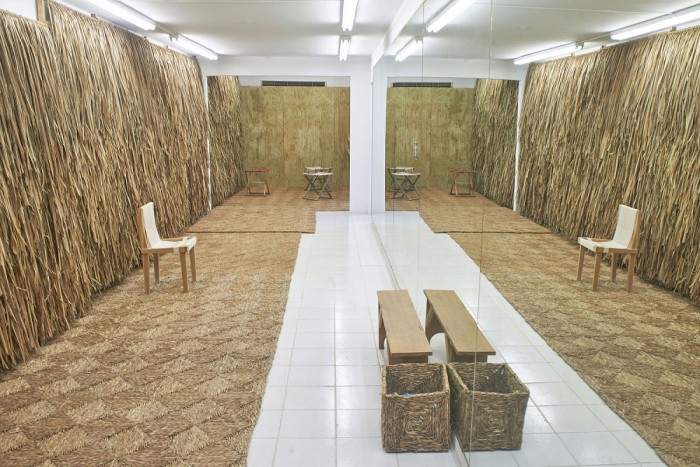 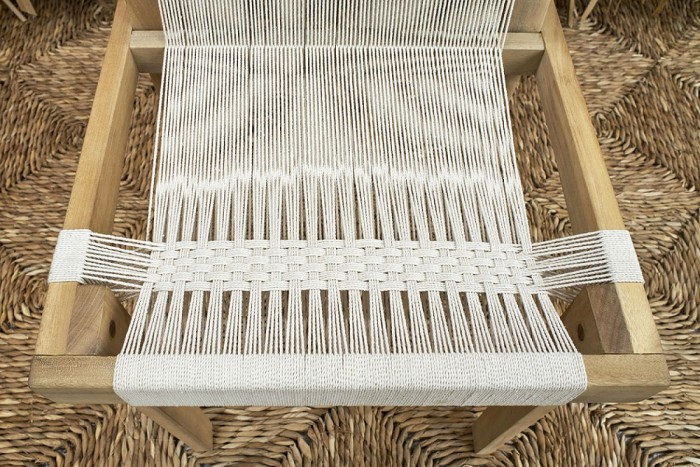 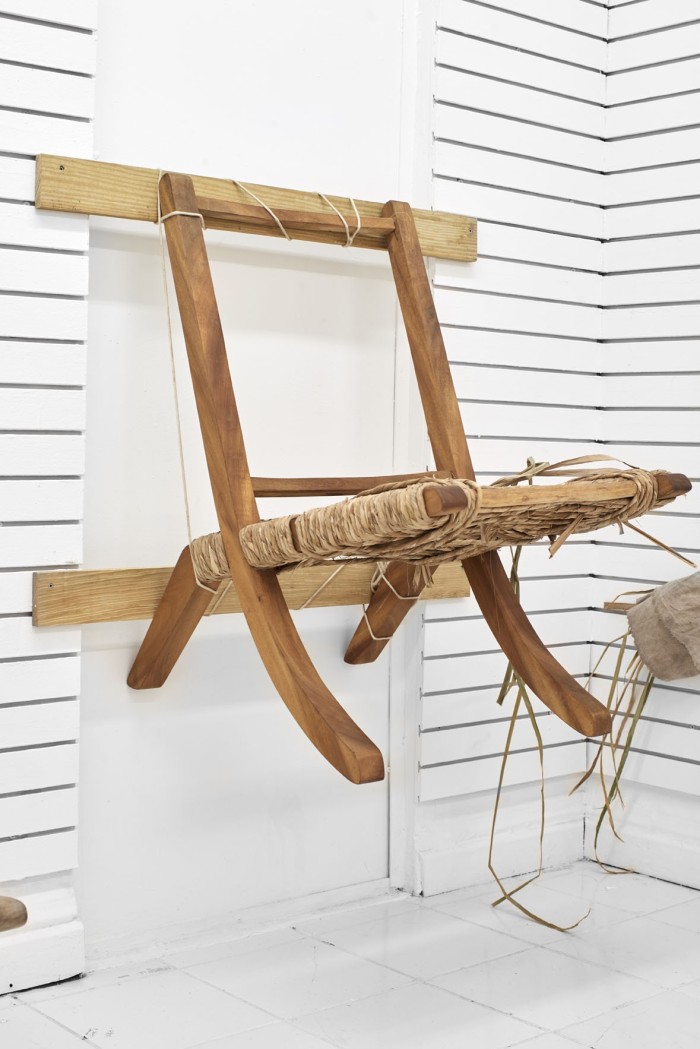 Jorge Gonzalez’s recent work serves as a platform for the recuperation of marginalized vernacular material culture in an attempt to produce new narratives between the indigenous and the modern. The ongoing research that informs his practice draws material from the study of botany, ethnology, history, pedagogy, architecture and design. For González’s recent participation in the SITE Santa Fe biennial, SITElines 2016, curator Pablo León de la Barra further described this engagement specifically in relation to Puerto Rico by stating, “Jorge González focuses on recovering the craft knowledge of Puerto Rico, where, because of the island’s colonial condition, most consumer products are imported from the United States. Central to his research has been the Casa Klumb, a 1947 modernist house in San Juan, now in disrepair, that German-American architect Henry Klumb designed in response to the island’s culture and climate.” González was inspired by Klumb’s collaboration with craft workers to found the Escuela de Oficios (Trade School), a project functioning as a symbolic space that honors Klumb’s ideas about learning. Knowledge –ranging from ancestral techniques to collective practices– is shared in workshops. These forums are mobile, occurring throughout Puerto Rico, so participants can learn from local artisans and engage in conversation, workshops and exhibitions.

359 días en 19 meses (359 days in 19 months) elaborates on this continued investigation through a site-specific installation enveloping the gallery using materials drawn from indigenous sources. The title of the exhibition relates to a photograph of an artifact included as an element of the installation. Titled Calendario Antillano (Antillean Calendar), the pictured relic is a ceramic stamp which depicts a calendar made by the Arawak, the indigenous peoples of the Caribbean, as interpreted by the historian and ethnographer Pedro Escabí who donated the piece to the Centro de Investigaciones Arqueológicas, Museo de Historia, Antropología y Arte (MHAA). These settlers used the grass known as enea (cattail) to build their bohíos (huts) around the fifteenth century until they were drawn close to extinction due to colonial forces. In Paneles Tejidos (Woven Panels) González covers the walls of the gallery in sheets of dry cattail leaves that echo the huts of the Arawak indians. The floors of the gallery are covered with woven mats also made from dried cattail leaves. The mats’ woven patterns are the result of an on-going apprenticeship with local artisan, Fernando Torres Flores from Barrio Certenejas in Cidra, a learning process initiated in 2014.

González notably layers references from ancient and modern influences. A selection of chairs and stools speckle the exhibition. For years González has been collaborating on their design and construction with a variety of local artisans. The Banquetas Chévere (Chévere Stools), named in honor of a Taino-descendant craft-working family he befriended called Chéveres, were conceived in conversation with a weaver from Aguadilla, Eustaquio Alers. González adapted his hammock-weaving techniques to create the seats for the wooden stools with artisan Joe Hernández from Ciales. González then collaborated on their construction with MAOF, a contemporary wood-salvaging collective. The chairs are inspired from the furniture line ArKlu (1945-1948), conceived by the architects Stephen Arneson and Henry Klumb, whose practice encouraged ethical design principles. González reinterprets the furniture, employing a modernist language while paying homage to artisanal techniques specific to Puerto Rico. In the project room, gallery visitors are invited to read a selection of texts González has culled that further inform his work. It is through these aspects of research, pedagogy and collaboration in the implementation of local materials and techniques that anchor González’s practice and the exhibition.