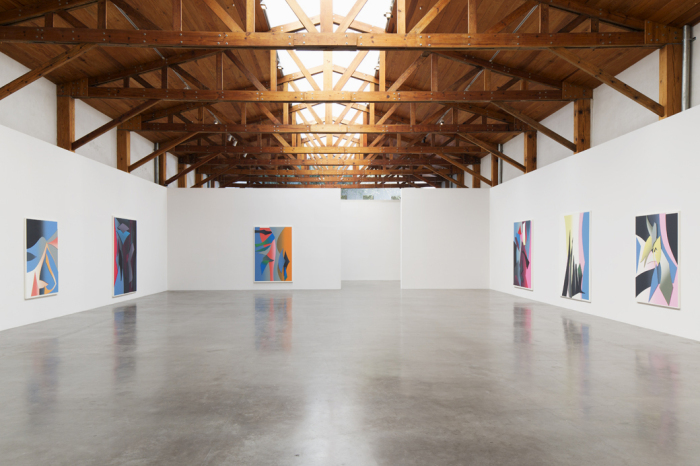 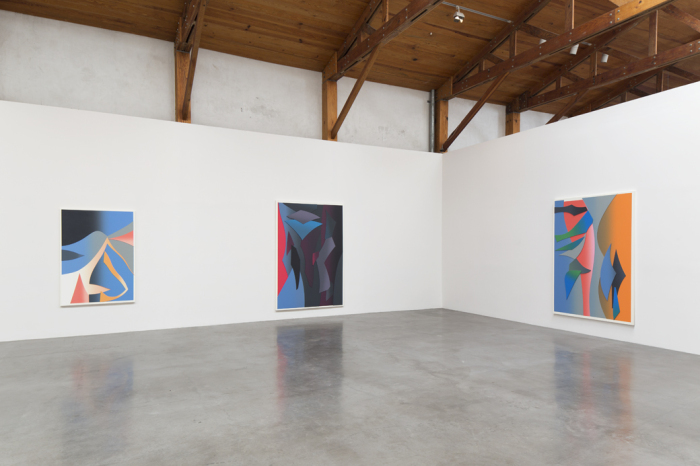 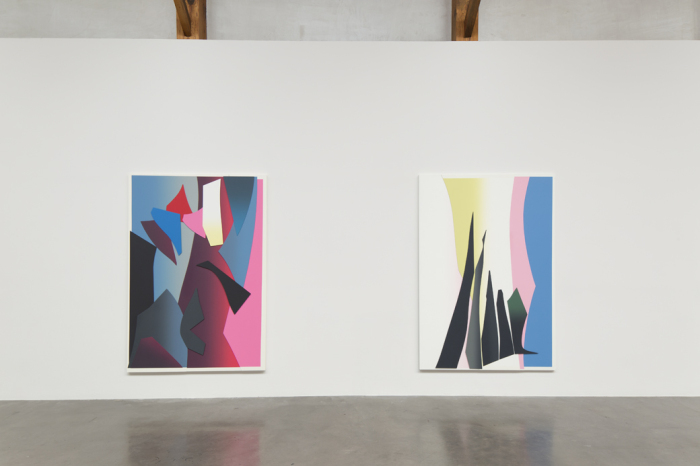 Carlos Amorales (Mexico DF, 1970) returns to kurimanzutto with El Esplendor Geométrico, a series of twelve collages that incorporate color for the first time into his work. Based on smaller compositions made with color paper samples, these large-format works present collage as an action or as a verb. Beyond its definition as pictorial technique, collage is introduced as a tool to construct meaning.

Despite their apparent abstraction, the works on view recall landscapes; different shades suggesting the passage of time and seasonal changes of light. In this exhibition, Amorales proposes a discussion about temporality through the use of form and color.

In addition to the collage works, there will be a screening of “El No Me Mires” (2015), the third and final film in the trilogy consisting of “Amsterdam” (2013) and “The Man Who Did All Things Forbidden” (2014). For this final installment, Amorales wrote a script that articulates the idea of a cinematic collage: through the dream of an opium addict, the film revisits an Inuit myth where the protagonist has become invisible to European traders with whom he tries to trade goods. This narrative is intermixed with a rich variety of sources: paintings, costumes and set designs by Russian Suprematist artist Kazimir Malevich, strains of pedagogical and political theory articulated by Joseph Beuys, as well as the controversial texts by Chilean writer Manuel Serrano. The idea of collage permeates the entire project; the actors themselves used collage cutouts as props and scenic backdrops as they developed a symbolic language of their own, opening new associative and narrative possibilities. The film will start at 11 am and will be screened every hour.

Amorales’ films always begin with a rigorous research process, which, in addition to infusing the works with life and substance, places each project within a particular historical and political narrative. One of the results of this process was the conceptualization of an artistic vanguard: Ideological Cubism. Amorales and his studio created a manifesto for this movement, addressing the possibility of seeing multiple perspectives simultaneously, as well as the need to actualize anarchy.

At the opening of El Esplendor Geométrico, Philippe Eustachon, one of Amorales’ film collaborators, will present a performance to illustrate Ideological Cubism, incorporating a text that juxtaposes extracts of the most famous avant-garde manifestos of the twentieth century. This exercise combines the principles of Futurism, Surrealism and Dada, as well as proposals by Lucio Fontana and the Grupo Cero – each of these marked by political difference – in order to highlight the failed state of democracy and its reduction to “left,” “center” and “right” wing politics.

Carlos Amorales studied visual arts at the Gerrit Rietveld Academie in Amsterdam and holds an MFA from the Beeldende Rijksakademie van Kunsten, also in the same city. For more than ten years he developed the Liquid Archive, a collection of images from books, magazines and the Internet, which he transformed into vector graphics and used as the basis of his own visual language. Using this visual database, the artist has ventured into mediums diverse as sculpture, drawing, installation, video, animation, collage and painting.

In El estudio por la ventana (2010), his first solo exhibition at kurimanzutto, Amorales reconstructed a full-scale replica of his first studio in Mexico City, where he began to develop animated films and installations. The architectural replica of the apartment was covered with drawings and the iconography from the Liquid Archive, presenting the studio as a metaphor for the artist’s mind.

Through the constant reinterpretation and transformation of images in this archive, Amorales’ work became increasingly more abstract – a process he likens to early printing presses. Once a form is emptied of meaning, when it detaches from its associated content, it can inhabit the world graphically, opening the possibility for new interpretations and associations to arise.

In 2013 at the Museo Tamayo, Amorales presented Germinal, an exhibition that brought together sculptures and installation works as well as a set of abstract forms based on the Liquid Archive. Condensed and fragmented, these works sought to question language and its limits.

Parallel to his studio practice, Amorales has begun to explore film, a medium that allows him to test new possibilities of non-verbal communication. His films have been presented at the International Film Festival UNAM (FICUNAM), the Philadelphia Museum of Art, the 8th Biennial of Berlin, The Center of Contemporary Art Ujazdowski Castle in Poland, and Film Mayo in Chile. Soon, Carlos Amorales participate in the FICUNAM with the film “The Man Who Did All Things Forbidden.”

He has had solo exhibitions at various institutions, including: The Museo Tamayo in Mexico City; Mac / Val in Vitry-sur-seine, France; Kunsthalle Fredericianum in Kassel, Germany; Amparo Museum in Puebla, Mexico; Herziliya Museum of Contemporary Art in Herziliya, Israel; Contemporary Arts Center in Cincinnati, United States, and the Philadelphia Museum of Art, United States.

He has participated in various group exhibitions such as Under the Same Sun, Art from Latin America Today at the Guggenheim Museum, 2014; 8 Berlin Biennale 2014; Shanghai Biennale 2014; 11 Sharjah Biennial 2013; Manifesta 9, 2012; Mexico: Expected / Unexpected at the Museum of Contemporary Art San Diego in the United States, 2011; the Havana Biennial in 2009; 5 Seoul International Media Art Biennial in Korea; The Age of Discrepancies at the University Museum of Science and Art MUCA in 2007; and the 50 Venice Biennale in 2003. 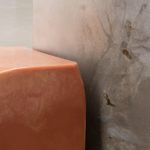 Candelilla, Coatlicue, and the Breathing Machine 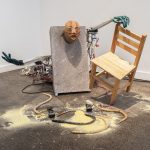 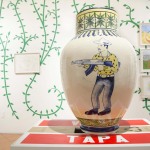