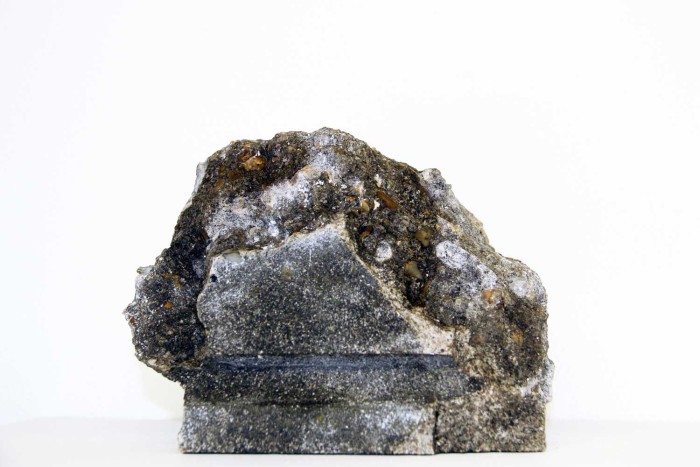 In retrospect, you’ll find this beautiful

And let me tell you something else then…

Just the other day

I woke up with a terrible hangover.

Nothing original, I know… but it’s just a starting point I suppose…

another beginning like many others! Maybe banal… possibly too simplistic.

And yet I feel you should grant me, your writer, a certain degree of confidence and trust if we were to get somewhere with all this pantomime.

So… yes, I awoke with a dreadful hangover!

head pulsing and throbbing, I gathered all strength and finally succeeded in dragging myself out of bed

and under the shower

and onto the street.

I was trying to reach the closest corner shop – the old familiar path to the shop! –

get some breakfast, you know

and out there was one of those splendid winter mornings

and a strong, stinging wind freezing cheeks and knuckles.

the side where a timid sun was still blessing the asphalt with a low, orange light

and precisely while crossing the road to reach the opposite pavement

exactly at that point

that’s when I noticed it

in a split of a second!

coming straight at me…

it could have been not that spherical

or not spherical at all

and it all happened IN A SPLIT SECOND

until I finally realised what was actually going on there:

a ROCK… someone was throwing a ROCK at me!

I bent my torso and my head to the left

– maybe I lost my balance, maybe I was overly cautious –

throw myself on the ground

And while I was laying there

my head exploding and my face stuck onto that cold, filthy pavement

a few centimetres from a pile of cigarette butts

and a large puddle of human spittle

well… that’s exactly the instant when I saw IT.

I mean, that’s when I saw the BIRD

a sparrow, to be precise

landing elegantly few feet away from where I was resting

precisely in the spot where (so I roughly calculated) that rock

their uniquely urban blend of scorn, amusement, suspicion and fright

I felt as a total

A bird for a rock? Really?

my lips still on the concrete slab

I thought: well… in retrospect, you’ll find this beautiful!

And that’s about it…

The fact is, weeks later, I still can’t guarantee that’s the case…

I mean… I can’t guarantee that’s how you would want to end up the telling of such anecdote!

And even if this would be the case, I wonder:

is this really something one could define as beautiful

Would you agree that it is inherently interesting? Do you find it intellectually stimulating?

It’s simple, yes… catchy, OK. But what else?

And if it is catchy, is it catchy enough?

Maybe I should stop worrying? Should I? Should I stop moaning?

So, anyway, looking back with more calm at the rock-and-bird issue I realise that, if not beautiful, it could at least be useful…

and that’s when I decided I should myself write a little story about it.

A: X met Y through Z

They met at a party organised by the office where both X and Z had worked, on and off, for the past five years. The party happened to be just a few blocks away from Y’s studio so that, when Z texted Y and invited him to join both her and X for a few drinks, it did not take Y that long to get ready, lock the door behind him and walk the half-deserted streets to the designated place.

A: Well then, a few weeks later, during a dinner at a Turkish restaurant specifically chosen by Y to impress Z, Z herself told X how Y didn’t believe a word of that weird story about the rock and the sparrow, or at least how Y didn’t believe it until the morning after that party, the party where X met Y through Z.

A: The thing is, when X left the bar to catch the last train home, Y and Z decided to stay and have some more drinks together. So they danced, they drank, they danced a little bit longer and then drank again, until finally Z invited Y to stay over at hers and Y had to pull a surprised face even though both Z and Y, both of them and possibly even X, they all knew it was going to end up that way… knew it in fact from the very beginning.

A: Yes, classic, I suppose. But when Y woke up the morning after with a terrible hangover…

A: Well… when he awoke, he had to somehow gather all his strength to finally drag himself out of bed and into the shower, down the staircase and into the street just to try and reach the closest off-licence, get coffee, a half-pint of milk, some chocolate digestives, some jam, a loaf of bread and a dozen eggs… do it all before Z woke up! Surprise her with breakfast really. And out there it was one of those glorious winter mornings, a huge blue sky hanging above Y’s head and a stinging wind hurting his face and knuckles, so that he decided to cross the road and walk on the other side of the street, the portion still exposed to the timid orange sun… and just as he took his first steps onto that pavement that Y noticed something out of the corner of his eye…

A: IN A SPLIT SECOND, yes. An object coming straight at him. Not a perfectly spherical one, no, but perhaps giving the impression that it was drawing a beautiful elliptical trajectory in mid-air… that appeared spherical, at least for a while… and he got scared!

B: Wait… because it was spherical?

A: No, because someone was actually throwing a rock at him! A ROCK, you know… something that could have hit him on the head, hard… that could have hurt him or even killed him. And so that’s when he decided to bend his body into an unnatural position…

A: … like that… and than throw himself on the ground to the scorn, amusement, suspicion and fright of the few passers-by gathered around him. And it was precisely while lying there on the cold, dirty asphalt, a few cigarettes butts and a puddle of apparently human spittle just centimetres from his lips, that’s when he noticed the bird… a sparrow, to be precise… a sparrow landing gracefully just a few feet from where he thought the rock would have landed.

B: And that’s when Y changed his mind about the whole story of the bird and the stone?

It all happened the morning after X met Y through Z! Or at least that’s what Z said to X!

B: Mmmm… well… I suppose, in retrospect, I’ll find this beautiful! 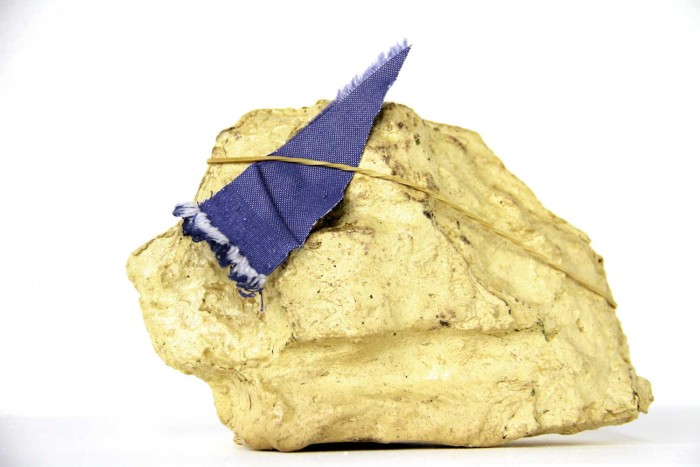 That’s it… and at first I was indeed very happy with the story.

Soon enough though, I started feeling it could have been better developed, more refined

There were too many weak points I should have paid more attention to and fixed.

For instance: what about the noisy restaurant or the clumsy waiter

the mild disagreement of X, Y and Z

their goodbyes and promises of imminent future meetings.

or again a parody.

And yet, in all this, what I really couldn’t stop thinking about was:

what X thought of all that sparrow-and-rock nonsense?

And even more pressingly: how do I know what YOU thought about it?

Yes… YOU! Because YOU are my X!

You… my silent reader, my passive listener.

How could I control what YOU will make of this entire story once I finally stop telling it?

Let’s say you pay the bill

what are you thinking now?

What are you thinking while walking home alone?

Perhaps that’s why I decided to write some more.

What about this scenario…

You find yourself on the ground

your face stuck onto the cold, dirty pavement

centimetres from a little pile of cigarettes butts

– Benson & Hedges, yes… you recognised the little logo on the side –

and a large puddle of human spittle…

And while you are lying there

or was it just one person? Was it even possible?

A single man or woman

smoking and spitting while waiting for something… someone?

And so you start abstracting

and so on… repeatedly… circularly… endlessly…

and while totally immersed in such thoughts

asking yourself what on earth you are doing down there

precisely at that point

that’s when you notice the sparrow

that bird, gracefully landing just a few steps from where you’re resting.

And so you begin reconstructing a scene…

slowly tracing your path backwards like a crab in shallow water

and you remember your body being awkwardly tilted

you remember that rock coming straight at you

its beautiful trajectory in mid-air that confused you

made you think it might have been a perfectly spherical object

when in fact it wasn’t…

and again the corner shop

eggs and coffee and biscuits and jam

that splendid, that beautiful winter morning

and the stairs of your staircase

and you remember your room

and man! you should really change those bed sheets

and then back at that precise moment

you, still lying there next to butts and spit

and your head is exploding

and everything makes some kind of sense again…

a rock as a rock

a sparrow as a sparrow

but storytelling is a dangerous business

or for your story

the more you create a path for new beginnings

a change, a volte-face

So you stay there… lying on that pavement

And this time, that’s really about it.

Let’s say you find yourself on the ground

your face stuck onto the cold, dirty pavement

few centimetres from a little pile of cigarettes butts

– Benson & Hedges, yes… you recognised the little logo on the side –

and a large puddle of human spit…

Precisely while laying down there

or was it just one person?

Is it even possible?

A single man or woman there

smoking and spitting while waiting for something…

And so you start abstracting

two intangible lips holding one Benson & Hedges cigarette after the other

and so on… repeatedly… circularly… endlessly…

and precisely while totally immersed in such thoughts

asking yourself what on earth are you doing down there

precisely at that point

that’s when you notice the sparrow

And so you begin reconstructing a scene…

and you remember your body being awkwardly tilted

you remember that rock coming straight at you

its beautiful trajectory in mid-air that confused you

made you think it might have been a perfectly spherical object when it wasn’t, really…

and again the corner-shop

eggs and coffee and biscuits and jam

and you remember your room

how it stinks of sleep

and man! you should really change those bed sheets

and at that precise moment

you, still laying there next to ash and spit

and your head is exploding

yet everything makes so much sense again…

a rock as a rock

a sparrow as a sparrow

but storytelling is a dangerous business

or at least as dangerous as it is inevitable

you know that very well, don’t you?

or for your story

the more you create a path for new beginnings

So you stay there… laying on that pavement

you’ll find this all situation beautiful!

And that’s really about it… 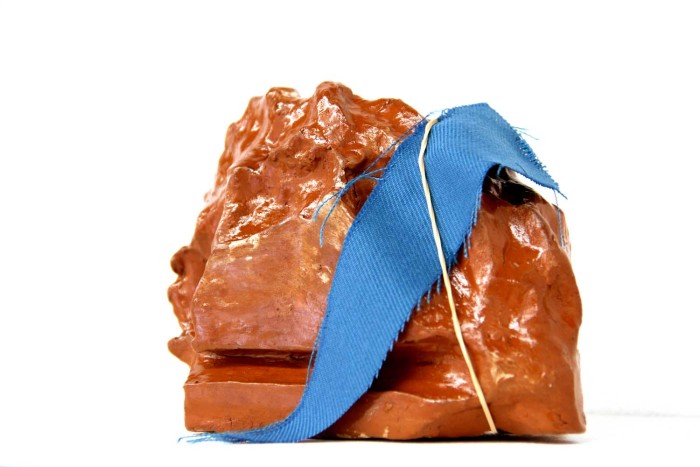 thanks to Aurelia Cortés Peyron 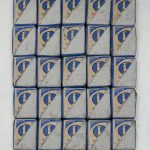 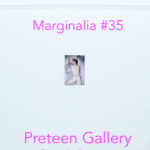 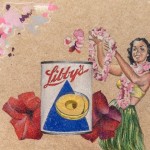 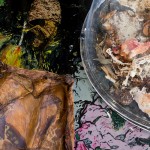