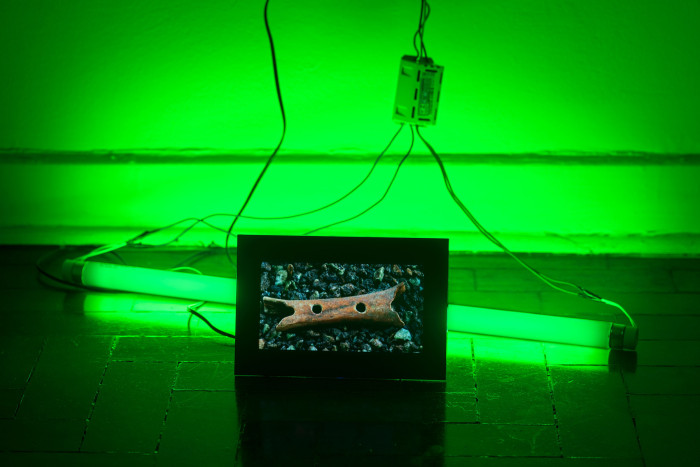 Tobi Maier: When we collaborated on the exhibition Os Tropicos at Caixa Cultural in São Paulo in 2014, you presented a lecture performance on the public’s projection of their beliefs and desires on pop stars such as Beyoncé, Shakira and Gaby Amarantos. Are these the figures we place our beliefs in today?

Libidiunga Cardoso: Hahaha, some people do. In the context of that exhibition the lecture was about a transfiguration of nature into female figures, such as Iracema, Supupema, Malinalli, Ci, Amazonas, culminating in pop music divas at one specific capitalist end of the spectrum. That was in 2014. Today some people raise Beyoncé to the status of a diva, but one transformed into an icon for black feminist activism after her album Formation. What would Angela Davis say about that, I wonder? To me, the contemporary Brazilian singer from the Amazon Gaby Amarantos was a counterpoint to Beyoncé–she was a sort of “mãe do mato” (mother of the forest) embodied in a subaltern pop idol, with her band ”Tecno Show.” The lecture was not so much about tapping into a system of belief in those figures; it was more an analysis of their role as female embodiments of particular cultures. Personally, I place my beliefs in the great gatherings that are taking shape nowadays; in the sonorous chants and beats that can be heard coming from the social movements that are forming in Brazil (and in many places). I place my beliefs or rather my amazement in the “rolezinhos” and in the “fluxos” (collective outings) of Brazilian popular, ancestral, and futuristic manifestations. Because that is where I’m at, with no critical distance whatsoever. 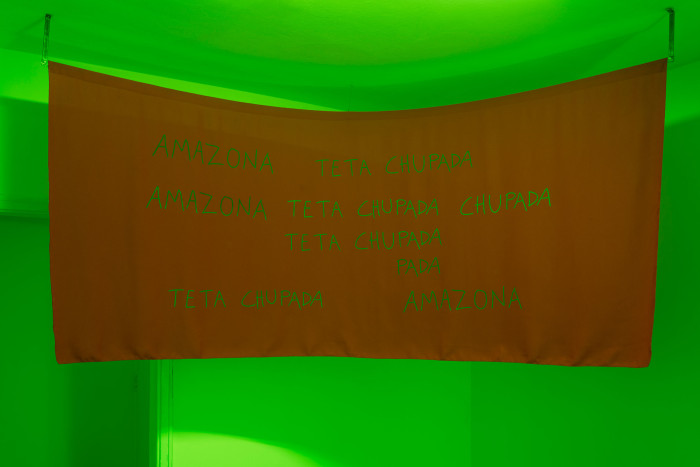 TM: We are here in Nagoya today to talk about spirituality, religion, faith and mysticism. I believe these are pertinent topics in your work; often taking the form of sculptural and sound-based pieces but which also allude to performance.

LC: This sort of renewed interest in spirituality and faith is somewhat recent for me as for many other artists of my generation. At least in the circles that I’m part of, I think this stems from the growing influence that concepts coming from contemporary anthropology have in art practice. The flirtatious relationship between anthropology and art is not new, but it is renewed and different from the previous generations, think of Lothar Baumgarten or Anna Bella Geiger for example–because nowadays anthropology is also different. In my amateurish interest and dedication to anthropological concepts, I think that the discipline opened up, complicating its field and affected greatly other fields such as contemporary art, especially when it brings up other perspectives concerning the relationship among humans and matter, materials and entities and I would add also technology. So many people who are dedicated to thinking about art (artists, curators, critics) are fascinated by the paths that anthropology opens up for us, in terms of conceptual and formal inventions, in terms of fiction and in terms of fieldwork and translation. 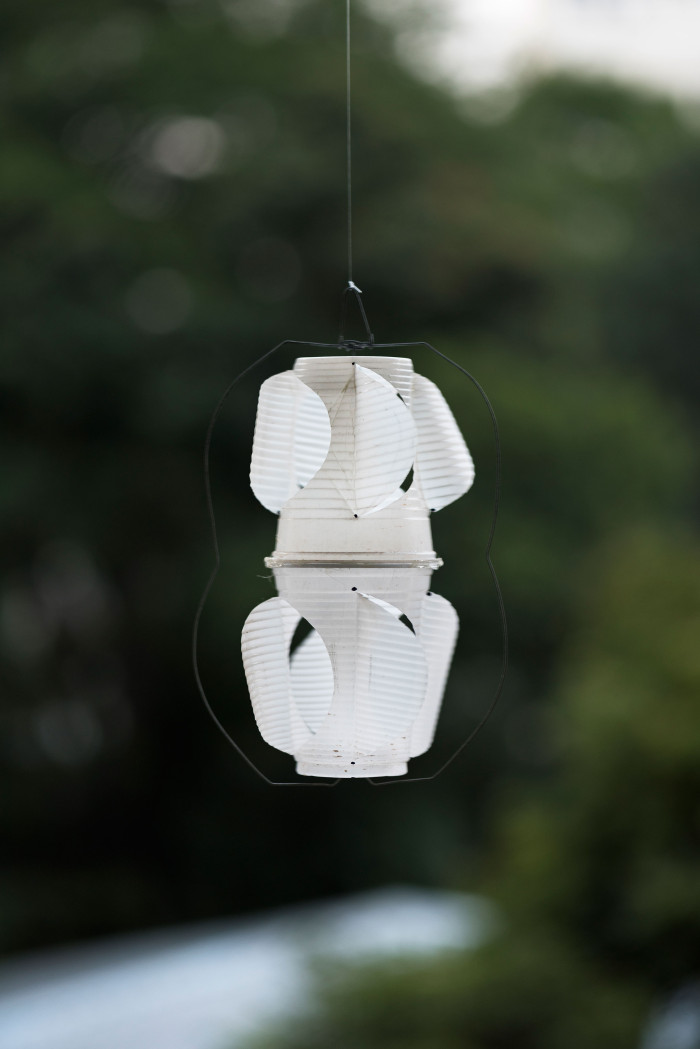 Personally I’m not interested in mysticism; I’m definitely fascinated by this composition of myth, history, fiction and technology that we can find in the work of people whom I connect to anthropology, like Donna Haraway (biologist), Sun Ra (Afrofuturist), Eduardo Neves (archeologist), Eduardo Viveiros de Castro (anthropologist), Michel Serres (historian), my friends Caetano Carvalho (programmer) and Fabiane Borges (psychoanalyst). But when it comes to art practice, art making as some sort of translation of complex ideas that stem from anthropology, the issue of appropriation is always a big concern. Artists can be quite inconsequential, they can take some formal aspects that they like from a given “culture” and ignore all the rest. And what they ignore is precisely the fetish, the sense and power of the forms they appropriate. On a side note, one of the most stupid art history critiques is to accuse an art object of being “fetish”. All powerful objects are fetishized to some extent. Speaking of belief systems, conceptual art–the mega canon of western art– is such a puritan belief!

Nevertheless, I think that this interest in spirituality and faith (or lack thereof) continues to exist for multiple reasons, mainly because of a general and growing desire in trying out new civilizational complexes, new modes of living, believing, etc. How can artists respond to these changes in climate, economy, social collapses, or for instance toxic muds? Perhaps by new modes of praying? Then the question of entitlement also come to play very strongly. Who gets to do what and where in terms of art practice is also and always a question of privilege, often white privilege. So, for instance, many neoliberal artists nowadays want to take ayahuasca in the Amazon, or in their privileged environments worldwide, and then they will come out of the experience with some sort of new connection to earth, some new understanding of art. . . . We have to be very careful with that, not to act as colonizers and later use the cheap privileged excuse; “ah, I did not realize it, I’m sorry.” Like the Brazilian comedian Zé Simão once suggested that we (Brazilians) should give back Brazil to the Amerindians and say; ”my bad, cousins.” 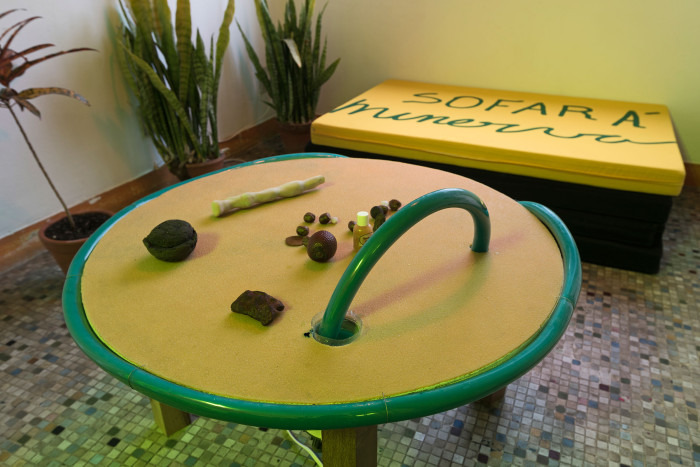 TM: In line with this thinking you have also developed workshops with artists Fabiane Borges, Caetano Carvalho, Kalon and Pilas (Keroacidu Suavak), and Goodiepal, trying to think about alternatives that have to do with a more animist relationship with technology. Terms such as techno-primitivism, constructivism tabaréu, and techno-shamanism come up. . .

LC: Yes, I would say that we (the artists you mentioned) have tried to propose with our works some sort of unexpected congress with technology. It’s a very critical relationship to technology, both on a discursive level and a more intimate, strategic level. We developed a daily relationship to it. We tried to understand technology as not separate from the body, and not as “extensions” of the body either, as media theorists would say. It’s crucial to realize the fetish, the magic, the mystery, and also the politics, the economy and ecology in technology.

Some physicists, chemists and scientists still think that the problem of global warming, the problem of the so-called Anthropocene era, is a scientific problem that science might or might not resolve, that it’s up to scientists to think about. But artists are also very much engaged in this thinking in this context of “the end of the world” due to destructive human activity on ecological systems–resulting even in a new geological period: the anthropocene; the capitalocene; the metabolic rift, and other such theories. Artists also propose practice-led, life-based alternatives, and lived experiences, with the body as center, sometimes in a very clumsy way, but you have to insist somehow. Artists propose ways to divert from our collision course and point to some future alternatives or futurologies that carry a technological turn of difference. This is done by techno appropriation and invention of new classifications: ultra low-tech, hidden, primitive, occult, mainstream technologies that can provide possibilities to envision other kinds of relationships between humans and the earth. 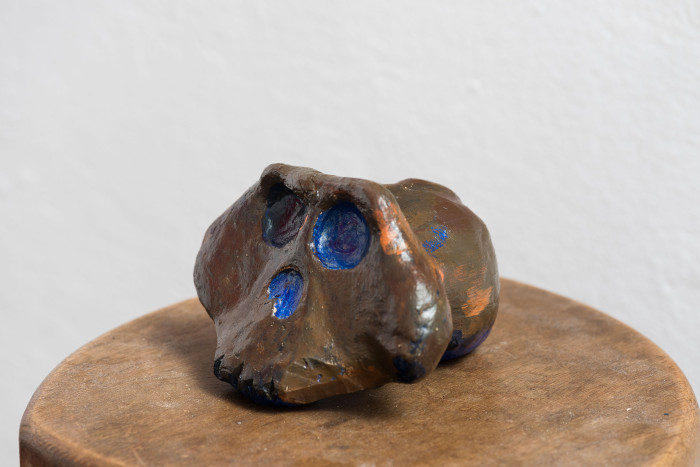 TM: Here in Japan, you are exhibiting the Nave do Som, a kind of spaceship that was produced in the Northern City of Belém (in the Amazon region of Brazil). You have researched materials, sounds and chants during extensive travels throughout Brazil and South America, yet you have been exhibiting a lot outside of Brazil in recent years. One could speak about an anthropophagic practice?

LC: I’m showing a sound installation called ECLIPSE FENOMENO, achado arqueológico, achado não é roubado, which could be translated to ECLIPSE PHENOMENON, archaeological finders and keepers. The Nave do Som–sound ship, nau, vessel, urn, hull, ark–which we brought to Japan from Pará is the central piece. The Nave do Som carries constructive, technological knowledge of a very specific relationship to sound, music, and travel. It comes from a tradition of sound systems from Brazil’s Caribbean region. It is both an Amazonian and a Caribbean technology. The same knowhow that goes into building boats for the Amazonian rivers and Caribbean seas goes into making the Nave do Som. It is not a metropolitan culture; it is spread along the rivers in villages, seacoasts and peripheries. 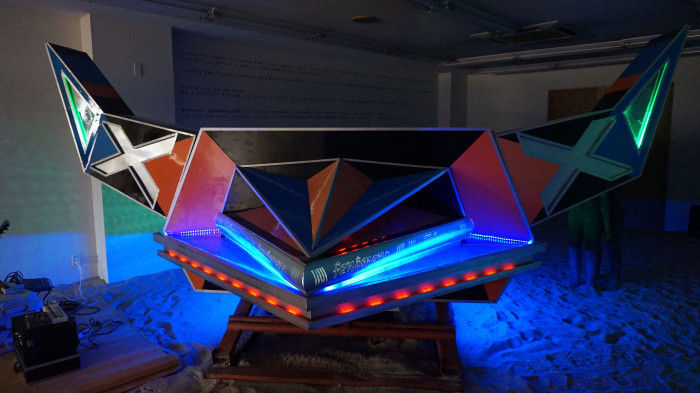 I did not build the Nave; I traded it with Dj Claudinho Eclipse, who constructed it in Tenoné, on the outskirts of Belem, Pará, where he also makes entire sound systems by hand. He looks at images from the internet, and other sound systems, and then reproduces the best systems he can find, creating ways of making the sound better and the NAVE more efficient for sound and travel. So it is a sort of anthropophagic practice from the start. Pará has always been implicated in the flow of Caribbean piracy, which includes technology, devices, music, biopiracy, and archaeological theft. But I prefer not to say that my practice is “anthropophagic” because, in an international context, this can become an easy way out of responsibility. The anthropophagic philosophical tradition in Brazil is totally amazing and incredibly rich. Yes, it is a philosophy, and I do align to it. But nowadays, if I (a white guy who is privileged enough to circulate more or less freely in the Western world) say that my work is “anthropophagic” in a soft power way, it’s a license to be inconsequent. 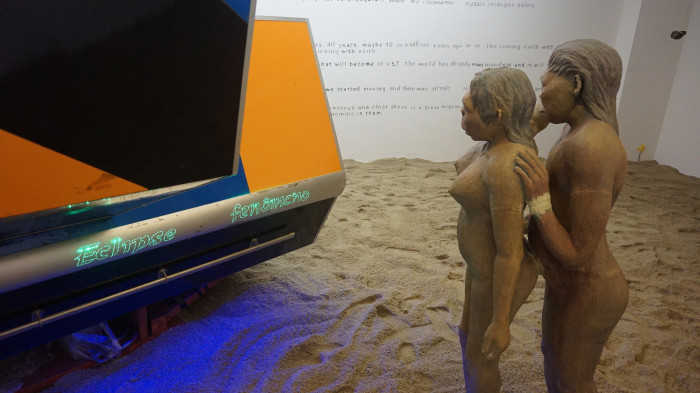 TM: How will this work be contextualized and presented here and why was it important to you to present this artisanal practice from Brazil in Japan? There are a number of wall drawings here and you also invented a trade scheme for the Nave do Som to remain in Japan after the Aichi Triennial closes. How do these ideas play with your work ethics in general?

LC: Like I said, I did not make the NAVE. I traded it. And my role as the artist here is to contextualize and create the sense and meaning. This mega fetish object is presented as some sort of archaeological artifact in an installation that is conceived as an exercise in (science) fiction. The hieroglyph drawings and the choice of 12 sound tracks (loops of arrocha, brega, zouk, tarraxa beats) play a crucial role in creating that fiction and also giving the Nave some autonomy. The overall theme of the exhibition is Caravanserai–which were strategic stops in ancient routes of travel and trade. That’s why I thought it would be relevant to bring an Amazonian technology that is both ancient and futuristic. It’s folkloric, popular, and archaeological. I was told that in the Japanese language the words folklore, myth and anthropology are quite close. The NAVE is an Amazonian technology for export to Japan, because Japan also has its techno-folklore, its mothers and fathers of saints and its animated matters (collaborative experimentation with materials such as sand, non-Newtonian fluids, clay, yarn, charcoal, and other such substances). The original design of the Nave carries decades of know-how and advancements of this Amazonian technology of sound and travel. So embedded in the work is the idea is that the Nave continues travelling east, to other cities and villages in Japan. 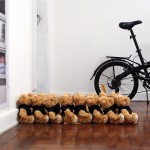 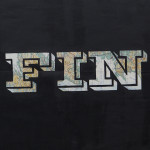 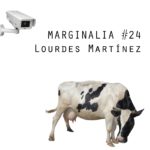