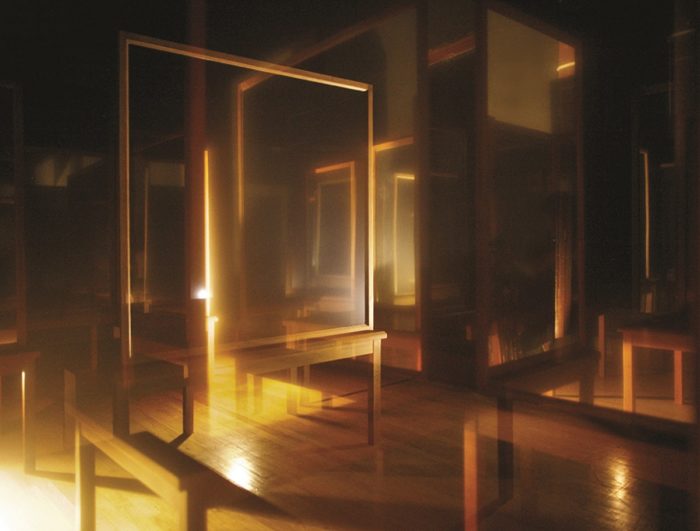 The curtain rises. In the background, an instrumental arrangement of “Brazil” begins to sound, one of the most somber ever performed. A character dressed in black, his face marked with a black stripe, comes on stage. Dark Tezcatlipoca, the ominous Aztec god of the heavens and nighttime winds, bears an obsidian mirror at chest level that allows him to discover and judge all others’ acts and thoughts. It is a weapon of battle as well, that gives off thick smoke capable of shrouding and doing away with his enemies. This artifact is key to Tezcatlipoca asserting himself as one of the most powerful gods, a patron of warriors and princes.

At the center of the stage there is a Porta-infinitos (2004), an apparatus made up of three reflective surfaces. Ambitiously, Tezcatlipoca decides to relinquish his usual tool to place the new device on his shoulders. Three mirrors must be better than one. However, the Porta-infinitos’s first requirement is that its user confronts his own reflection to then assimilate the reflection’s reflection. The experience of inhabiting this kaleidoscope confounds the god of the night; justice contemplates itself ad infinitum. A cloud of smoke envelops his head, passes into his eyes and asphyxiates his gaze. Tearfully, he collapses, impotent, to the stage. The curtain falls. 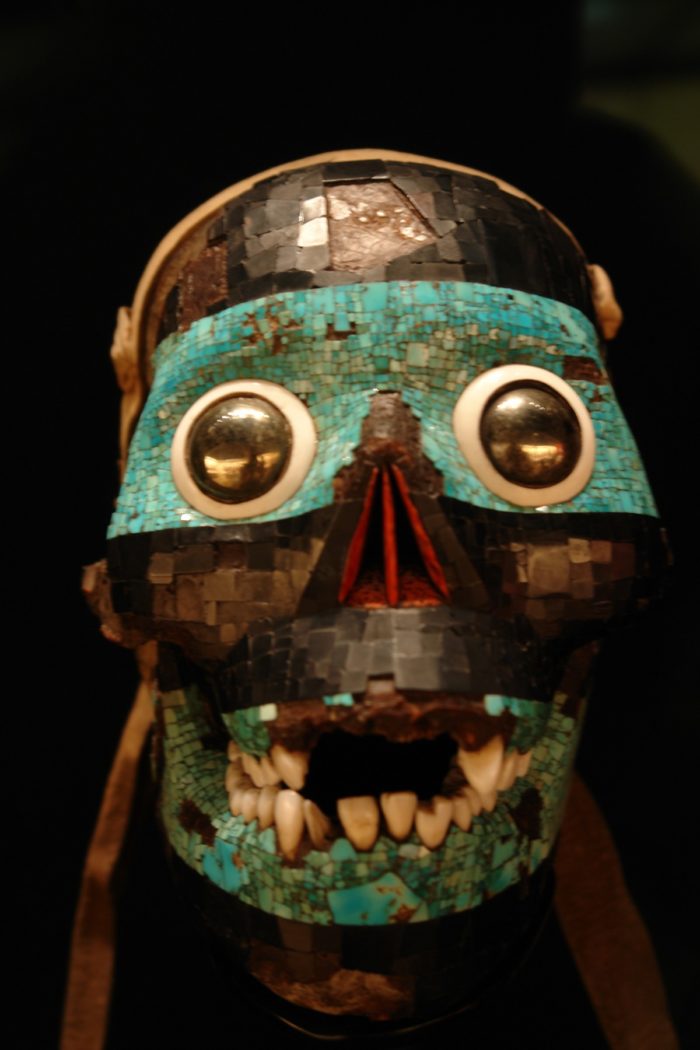 Smoke and mirrors give off blurry reflections, muddy your judgment and screw up perceptions. That’s why they’ve been used prodigiously in magic tricks and illusionists’ acts; the combination creates the ideal atmosphere to deceive the gaze and make it eyewitness to something impossible. Thus the magician’s success is ordered by his capacity to control the ways in which the audience conceives of the real. Immersed in white smoke, now you see it, now you don’t.

Fabiola Torres-Alzaga has used strategies from illusionism and prestidigitation to question reality’s limits when seemingly confirmed by metrics of perception. Her artistic practice draws on the roles of illusionist and audience, where the former appeals to presence and capacity for astonishment and the latter as a validation of the deed. That said, her work involves performing tricks to be scrutinized by an active audience, fashioning images that seem and could be real, but turn out to be illusory. The mind is docile and credulous before the yoke of a gullible gaze.

Paulina Ascencio: A large part of your work supports parlor magic, which could be considered the “most honest discipline,” because it anticipates being a visual trap that entertains an audience by making something impossible real. How does this tacit accord work to deceive and allow for deception?

Fabiola Torres-Alzaga: Generally speaking, we have no desire to be the victim of any sleight-of-hand on the part of a street card-sharp who relieves us of two hundred pesos without our consent. Yet we’re capable of paying twice that to see that same card-sharp on a theatrical stage. So from what place do we want to see the act? There are 360 degrees of possibility around the trick and it’s that place that’s going to define the game. Magic is a spatial agreement between the magician and the spectator that places the power of both in the balance. It’s a kind of cat-and-mouse to see what reality comes out unscathed at the end of the show. Negotiations end when the curtain falls.

And in fact, some pieces I’ve done have also been designed to open up, so audience members can move through them; and movement determines if you’re on to some change in the piece, or not, or our place in space, and how the gaze can shade and affect reality.

PA: You’re right that a destabilization of the modes and habits of perception is not a tactic exclusive to magic acts. Cinema—another of your interests—has made this tactic its own elicit sensations of fluid movement when there is only a succession of still images. In your piece Fantasma (2015), two 16mm projectors present backlit dust particles. However one was filmed in advance and the other is a blank film that’s projecting the dust that has clung to it. How does the real in an image relate to the real in its physicality? What are the advantages and disadvantages that arise from the fact that the medium itself emerges as a kinetic illusion?

FTA: Cinema—unlike performative magic—is not a real-time interaction. Instead we sit down to see what isn’t there, what is already gone, what happened somewhere else. There is no threatening gaze, nor any fragile presence to be unmasked. Instead, as spectators we go into the movie theatre subject to a reverie that’s very different from the frame-of-mind we take on when we follow a trick with our eyes.

In Fantasma I wanted to play with that line between previously constructed and “real” images, both subject to a representational framing marked by the light that projected them. One face of the projection was always happening. The dust there was sticking in the present time to the un-emulsified film; on the other face the dust had been previously filmed: it was there and it wasn’t. With two film projectors running in the same way, the two images of the dust were in fact entirely different, because of a space-time question, though they both had a way out through a light projection that was cast onto a single screen. 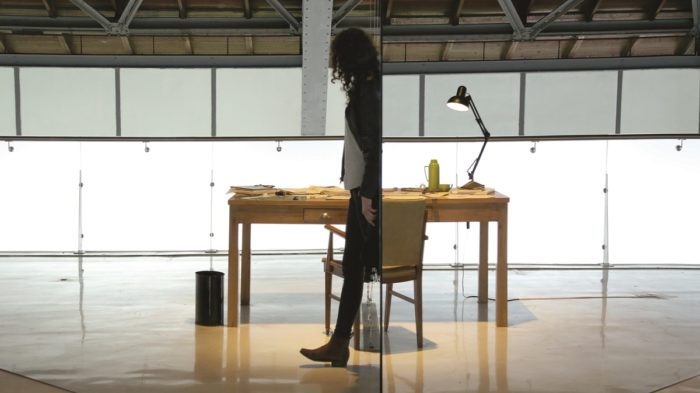 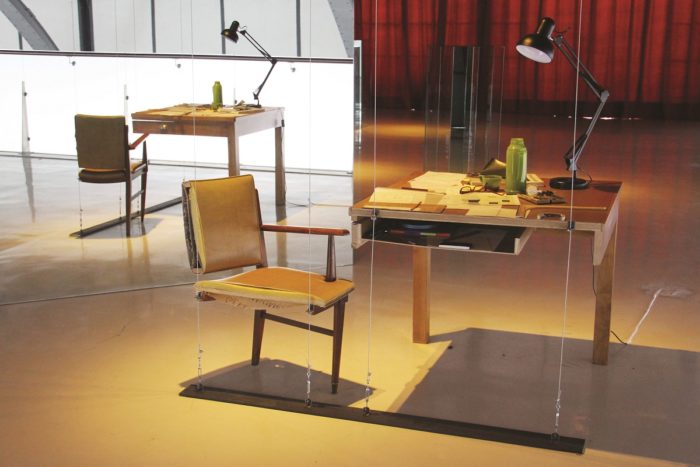 PA: The language of film is a compendium of possibilities for creating spatial-temporal impressions within a restricted format. The gaze is aimed at details, expressions or situations, to construct a specific reality. Hollywood movies, for example, abuse the foreground and close-ups to close off their narratives and reduce their interpretive possibilities. To what degree has cinema taken on normalizing the colonization of the gaze?

FTA: In general, any kind of framing hems in the gaze and by extension what gets conceived of as reality. There have been a number of creators, Brecht among them, who have called the responsibility of image-producers, as well as those who consume images, into question. To be aware that every framing points to a reality outside it. And yes, from its birth, this was a quality that was quickly discovered in film; the Russians, and then Hollywood, understood this quite well. It led to the establishment of a censorship code in the United States that for some thirty years determined certain norms regarding what realities film could not portray. But like every limit, there were cracks that gave rise to exceptions. Cinema wasn’t just what was seen, but what was perceived and there, in that tenuous difference, several creators played with the invisible as a possibility; and with life outside the frame.

PA: Puesta en escena (2015) presents a sphere suspended in front of a white background, until a pan discloses that the object is supported by a base and the levitation is in fact a trick. However, the camera returns to its place and the sphere rises once again. It makes me think of the notion of post-truth in a context where the formation of certainties is detached from fact-based arguments and instead depends more on personal beliefs and emotions. Do you think that getting “sucked into” an illusion implies a resistance to recognizing the real? What are the consequences of doing installations on relative truths?

FTA: The most terrible intransigence in history has had to do with belief in “absolute truths.” We negotiate with the relative without negating anyone or anything’s a priori existence because ultimately, you don’t know you’re trapped in an illusion until you manage to see its limits. And it is in astonishment where you wake up to new realities that before were some truth. Puesta en escena is that loop. I’m not that interested in the first view of the floating sphere, but rather, when the objects’ placement is open and the trick has been revealed. And yet—for yet another, new instant—there’s the sensation that it’s floating again. Our perception strikes me as that fragile when it comes to determining absolute truths. 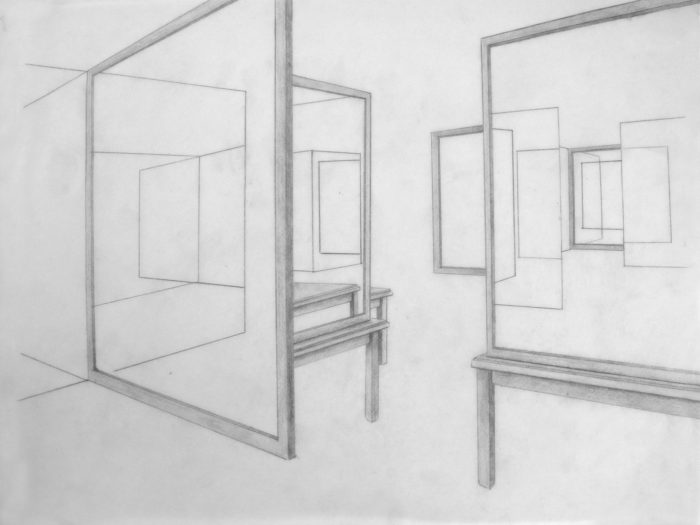 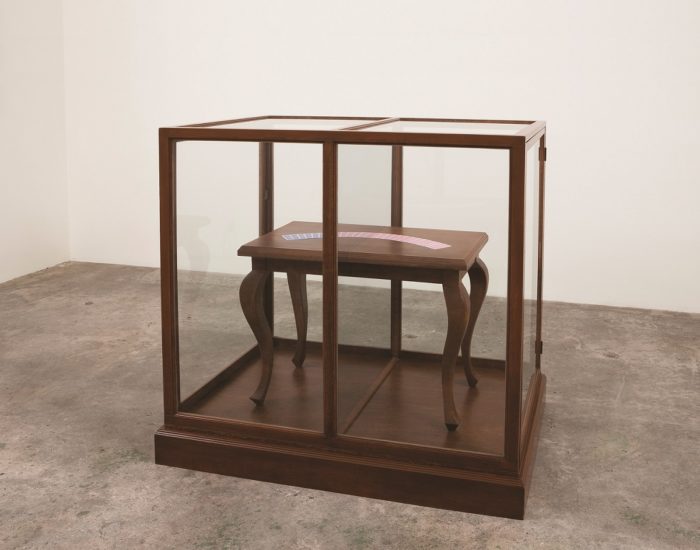 PA: You can discern two parts to what constitutes a magic act. On one hand the methodology behind fabricating the devices and tricks used in those acts more specifically corresponds to a scientific kind of work, while executing the tricks has to do with the performing arts. How do we respond to the real-life dimension in relation to the way a constructed reality is presented to us? How does this relate to the ways we first know and understand the reality around us?

FTA: From the age of the Baroque, with the advent of the telescope and the microscope, the scientific side of things led to the discovery of new ways of looking at the world; it was also the beginning of what would later be cinema. For the first time you could see far off, two hours earlier, that something would appear where nothing could be seen on the horizon. A rupture in time and space had been discovered that allowed the invisible part of what was visible to coexist on the same plane. They were tools that, like many others, were endowed with a dual reality and a double edge that allowed for the portrayal of the fears and the desires of those who invented them and would later manipulate them.

PA: Using mirrors to create optical tricks and tricks related to perspective have been key to the construction of pieces like Porta-infinitos (2004), El problema de lo real (2009), and, more ambitiously, Entre Actos (2014). These artworks require habitation on the part of the public to activate and posit new forms of perceiving space. How is a fiction conceived of and articulated when you start out taking elements from real life but then inhabit a simulacrum?

FTA: In the three pieces you mention I was interested in positing a labyrinth between space and image where the experience was an essential part of the artwork. To enter, bring people in [sic], move around the space, articulate or deconstruct its viewpoints. Pieces that are the space itself and their division by means of reflection. Fictionalize the space and fragment it to reassemble it from the angles whoever interacts with it chooses. Shift the piece toward a mere stage set and move the medium toward the body, where its centrality can be what gives rises to views, real or otherwise. A metaphor for the act of seeing and being seen.

PA: Abandoning the quest for rational truth is one of the first conditions for giving into illusion and it implies a voluntary rejection of the logic of what is known, which is to be compensated by fascination. Beyond the gift of astonishment, what do you get when you renounce reality?

FTA: I believe that in parallel with logic’s facts and proofs, you’ve got the gaze and its mechanisms of anticipation and desire. Renouncing one truth is facing up to another. I think the big moment in the movie Brazil, is the end where they play a two-faced-card that’s between a sad and a happy ending. Faced with a reality in which society’s undesirables are reduced and discarded, the only chance the protagonists have to exist is in one of their minds. An impenetrable space for the rest, but possible for him. Something close to what happens in (Argentine writer Adolfo) Bioy Casares’s love story La invención de Morel. Open up real space in others to be able to inhabit the impossible but imaginable. Personally, I think those moments and spaces are as real as the rest of it… or do we need proofs, objects and witnesses to establish reality? 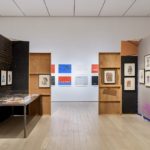 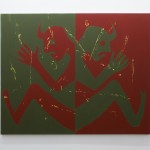