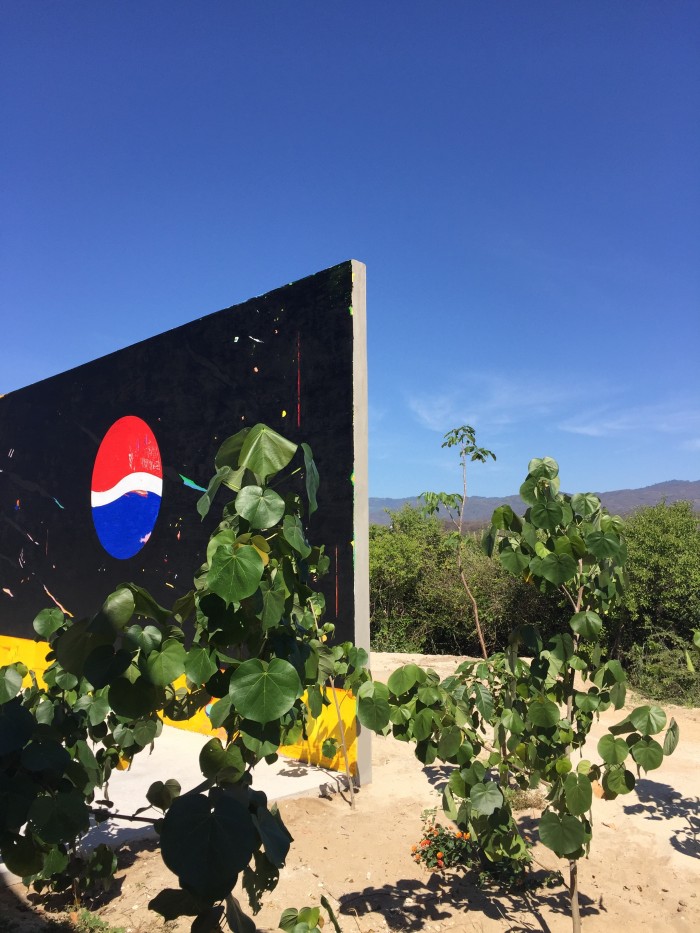 An Attempt to Resist the Hangover Born from the Ideological Nightmare of our Current Neoliberal Times.

Imagine waking up with the biggest headache of your life, from your biggest party night of the year, complete with booze, pink pills, and unknown hallucinogens; opening your sleepy eyes and looking around you only to realize –to your utter bewilderment– that the supposed hard reality of the day after is in fact all but a hard nightmare: walls are more volatile than when you were still under the effect, lights are dimmer than at dawn for your last drink, the air is thicker and more enigmatic than when you had forgotten your very name, and life forms in your room are more ghostly and scary than the ones you were joking about with your pals a few hours earlier… In other words, your awesome bad trip of last night was the Real, in a sense which Lacan could endorse as much as Marx and their hyperactive child Slavoj Zizek – the three of them who actually were seen sipping a pint last night next to the DJ booth–, and your dreadful hangover context of this morning is indeed the bad dream, but a dream with no predictable end, a bad dream doomed to last.

Well, this is exactly what happened to us humans, or post-humans, around the end of the last millennium and the beginning of this new one: not so much “the end of history”, as neoliberal freaks and cheap post-Hegelian prophets would then have it, but the transformation of history itself, as collective agency and untimely surprise, from an accountable and somehow logical process -at least a real change- into a hectic and nightmarish descent into hell, beyond any sort of control. Indeed, every actual event which could have then reminded us that history was not over, and that it might even be reloaded in some sort of unprecedented way (and my my, my! there were many such events during the two decades around that fateful change of millennium!), every event was recoded into science-fictional propaganda, repainted into the most artificial of stage sets, rephrased into a cryptic or rather childish blurb, thus made ultimately undecipherable. Whether such events were overemphasized, or reversely, completely overlooked, each time something happened it seemed it got repressed, veiled, blurred, but never faced honestly, as when – in a mad party where everyone is high – an old small crack in the wall looks like an earthquake is actually starting while a drunk friend falling out the window remains unseen, or just like some benign stumble. The important and the unimportant have been reshuffled.

Yes, right after one wall full of graffiti was put down by people on both sides of it eager to reunite their old German city, we in the rest of the world were supposed to have all waken up from the century of ideologies and mystifications, ready for the era of the Real. Yet, more than ever, we started mistaking every following event for what it was not, or more exactly, we were ordered to see it wrongly, in reverse, with our eyes wide open but looking in the wrong direction, as in that infamous scene in Clockwork Orange when Malcolm McDowell’s eyes are kept open by metal lid locks to force him to watch horrific footage. Ethnic cleansing and the slaughtering of Bosnian Muslims in a crumbling Yugoslavia? It was a collateral damage of the joyful end of the so-called Cold War. The interruption of the electoral process and escalation into a maddening civil war in Algeria? It was the containment of democracy for the sake of rescuing democracy. The first systematic and duly planned genocide since World War Two, but taking place in a remote country at the heart of Africa? Nothing truly serious, we thought right on the spot, and some people even whispered that it was all but another “quarrel among negros”. 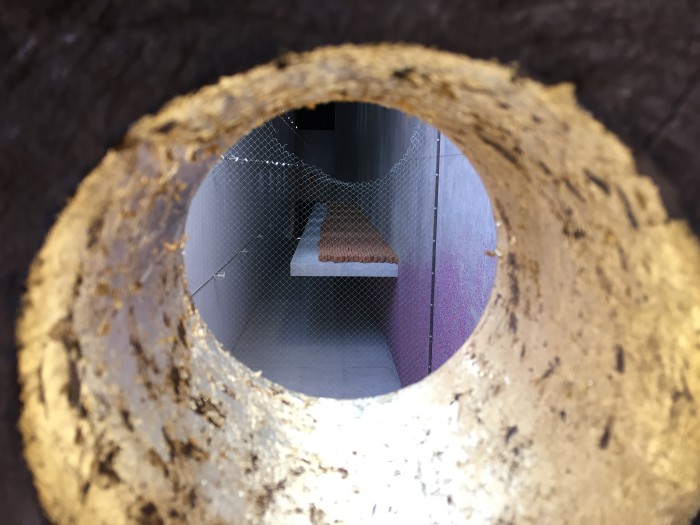 The obsession of all world media -offline and, for the first time, online as well- for a presidential blow job in the White House while the last pieces of the last superpower’s welfare state were discreetly dismantled in Congress and in every one of the fifty states? It was a sign of the times, of the blurring of the public/private border and of the new role played in our intimacies by a dreaded yet daily devoured yellow journalism. The biggest terror attack ever on US soil, with eight men only from a wealthy fundamentalist crime syndicate, hitting the Pentagon and destroying the country’s highest twin towers? A complete change of paradigm, of course, and the replacement of yesteryear’s social conflicts with an apocalyptic “clash of civilisations.” The ensuing occupation of several countries in the Middle-East, annexed and bombarded even when they had nothing to do with what they were punished for? This was a brave mission by the planet’s last remaining policeman. A thriving postcolonial youth from the decayed and impoverished suburbs of the world’s most visited city, suddenly rising and rioting and fighting police forces for five weeks to demonstrate to a deaf power structure how useless were to their lives the schools, streets, malls, and parking lots where no one else would dare set a foot? It was an outburst of animal energy, a release of teenage boy hormones, or else an early consequence of Islamist propaganda –nothing to worry about really, nothing to listen to and nothing which should not be immediately repressed to teach them a lesson.

And what about the worst financial -therefore socioeconomic- recession since 1929, in which even a child would have seen the ultimate evidence that unbridled capitalism and hysterical neoliberalism can only harm human kind and that they simply do NOT work? It was just a good opportunity to reboot and reinforce said capitalism and neoliberalism, which don’t need to be regulated or halted as much as simply unleashed, and for good, duh! And the spontaneous and simultaneous rise of people to overthrow their old Western-supported despots in several Muslim countries in the same early winter “revolutions” that quickly lead to a religious backlash or more despotism, and at best to a boring and disappointing constituent process, like most revolutions have always done? One more proof that you shouldn’t let Arabs take their collective destinies in their own hands. And so on, and so forth.

For they, powers in place and the likes, were barking at us not so long ago –remember, it was during a hypocrite transitional decade, between the moment when that German wall fell down and the minute when these two towers collapsed–, asking us to wake up from our long and irresponsible utopian sleep and face the cruel reality of the end of all alternatives; and we now know for sure how every word of that recent injunction was a lie. A silly and insulting lie. We hadn’t been asleep, nor even had our elders, with their fantasies about avantgarde life forms, radical art or revolutionary struggles; on the contrary, we were back then the only ones awake, anchored in existence and the collective power it demands from us, unlike our enemies sheltered in their ideological bunkers. Opening collective possibilities, taking arms or mobilising civil disobedience at every level against all sorts of hierarchies, sleeping and living and creating together in the same self-managed farms or refurbished squats, writing rational essays on the end of rationality, composing music breaking with melody and harmony to better embrace silence and technology; showing with one camera what the unconscious is babbling or where history might be taking us, listening to what trees or ants are telling us as making more sense than the last presidential debate. Questioning gender norms and the sexual division of labor to the point of queering everything around, indulging ourselves into endless lazy mornings or drugged sessions of automatic creation as more valuable ways of working than in an office or at the assembly line. Learning to treat each individual according to their dreams and intimate powers instead of their location and birthdate, trusting ignorant masters as more knowledgeable than all these experts and professors equipped with degrees and credentials, feeling like you deserve to get your share of the overdeveloped world’s wealth when you’re just a poor kid from nowhere’s slum and making you own existence into an artwork, indeed the only art work: these are only small examples of what we were doing, we tried doing for a little while. It is what some of us are still trying to do, what has been officially prohibited, declared null and void and forced into oblivion in the name of realism and hardship, in the name of the morning after, of the supposed moral virtues and political benefits of a good hangover. 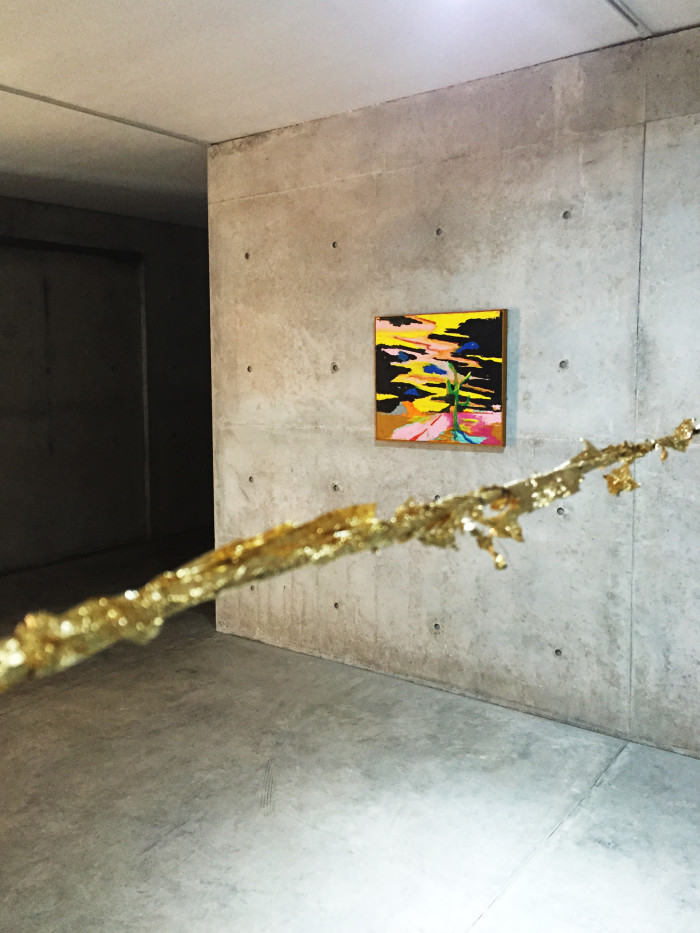 In fact, once again, it’s the other way around; this was reality, and what they have imposed on us instead of it, on the ruins not only of such dreams but more accurately, of such real-life experiments, is indeed the unreal bullshit, the ultimate bad dream. And now, almost half a century after that amazing yet lucid party started, and a good three decades after it has been indicted for good, declared illegal and guilty and shut down, now we know that the “reality” they forced on us is the nightmare, the monstrous headache they created: capitalistic chaos, crumbling democracies, sexual misery, technological narcissism and on the remnants of yesteryear’s grand and jolly narratives, two apocalypses for the price of one, to make sure no future can ever be desired; the religious (and jihadist) end of the world and the environmental (and natural) end of the world… talk of an ophthalmic migraine! What can we do after the orgy? such was their question, a bit rhetorical too, given Kapital’s repulsive body. Our question is different: how can we reconnect the dots with yesterday’s party? Where can we find the thread, dig the tunnel, continue the work which is still alive, despite what they say? It is still pulsating under our feet, in our underwear as much as our unconscious. How can we help that old attempt, that experience -as much as that experiment- see the light of day again, or at least come out of its closet and assume once and for all its untouched liveliness?

And the final irony is that those responsible for such an ordeal themselves hadn’t partied before triggering it, they hadn’t even minimally enjoyed that delirious twilight of the twentieth century, they were bored and undesired back then, staying aside over there like a useless tapestry –back then, you know, at that time when the rest of us, dead already or not born yet, or simply fully alive, were watching Writing & Art unfold and help the uprising rumble while dancing madly on a David Bowie soundtrack. Yet they who hardly enjoyed it at all are now the ones left with the biggest hangover. Worst even than ours. Because their magic trick didn’t work, nor did it blind us for good: we know what’s real, we’ve always known it, including what’s imaginary and what’s symbolic, and indeed we know what’s not, and what is just a scam. They can tell keep on telling forever to go back to reality. Be realistic! Drop an aspirin and get back to work! We will not fall in the trap. They’re the ones stuck in that trap, and anyway there’s no room at the bottom of it for all of us. We’re better off up here on the ground, trying to stay afloat, doing our best at turning the supposed hangover into a smooth -but not so visible yet- continuation of the Party. The ever-lasting Party. Hangover means the end. We hate the end, we’re only beginning. 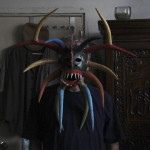 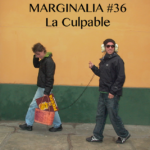 See You on the Flipside 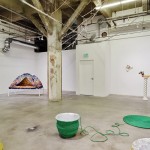